A unifying feature of the tribal communities is the fact that they maintain a symbiotic relationship with nature and the land they live off.

The verdant paradise of Arunachal Pradesh is home to about 26 tribes and 100 subtribes, each of whom have their own customs, traditions and practices. A unifying feature is the fact that they maintain a symbiotic relationship with nature and the land they live off. Their houses are made from bamboo and stilts. They practice agriculture and wetland cultivation and follow a tradition of craftsmanship, including cane and bamboo work, weaving and basket making. The tribes also follow an indigenous practice of worshipping the sun and the moon, and this religion is called Donyi-Polo. 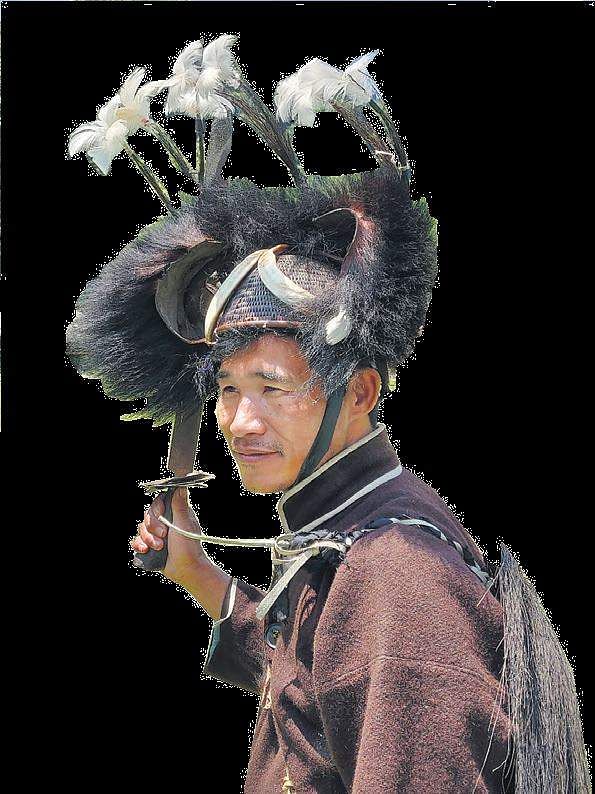 The Nyishis are the single largest tribe in the state and live in districts of Subansiri and Papum Pare. The cane helmet with the horn of the great Indian hornbill mounted on it is worn by the Nyishi men and is a striking feature of the tribe. Men often carry a machete or sword while women wear a girdle with metal disks at their waists along with heavy jewellery.

Inhabiting the districts of West Siang, Lepa Rada, and Lower Siang, the Galo tribe cultivates rice though they are traditional hunters. A visit to a Galo home depicts a bevy of hunting trophies in the form of wild boar teeth, skulls, horns etc. The Galo men are proficient in basket weaving and these baskets are used for a wide variety of purposes,  including sheltering livestock in homes as well as during rice harvest.

Another major tribe in the region, the Adis are mainly found in the hilly areas of East Siang, Upper Siang, Lohit and Namsai.  Subsistence farming and hunting are their main occupations while most of the women weave for their livelihood.

Their houses have a back-strap loom on which traditional, colourful skirts (called Gale) are hand woven. The Apatani tribe lives in and around the famed Ziro Valley in Lower Subansiri district. They follow an inventive method of paddy cultivation that is done along with pisciculture. All these attributes have made Ziro Valley earn the tag of a proposed UNESCO World Heritage Site.