Once upon a time tavern

A forgotten colonial town housing a jewel of a heritage hotel and tavern is a memento of Bengal’s past, which lingers in the travelogue of history

The cartography of memory is crosshatched with paths to the past. The forgotten town of Serampore, or Srirampur as it was called until the 17th century, is just over an hour’s drive from Kolkata and serves as a gallery of Indian colonial life. The penchant for renaming places is not confined to the imagination, or lack of it, of neo-nationalists. The Dutch renamed Srirampur Fredericknagore after the Nawab of Bengal allowed their East India Company—there were a few of them those days—to open a trading post there. They promptly created a European enclave quarantined from the cowdung-steaming lanes and colourful village bazaars, and built a promenade along the riverbank where gents in evening dress and ladies with dainty umbrellas and parasols ‘took the air’ as if Serampore was just another Amsterdam or Utrecht.

In 1845, Denmark sold Fredericknagore to the British East India Company after losing a war to the British. The promenade is still there; only now, local teenagers romance on its municipal benches and idols of Kali lean against the age-old banyans that stoop to meditate on the tides. Serampore remains one of those little colonial mementos of India’s pre-Independence history, with narrow streets and little maidaans where cows ruminate, children play, rickshaw pullers smoke and gossip idly while the English church of St Olaf investigates the goings and comings of souls and clouds in the sky above. 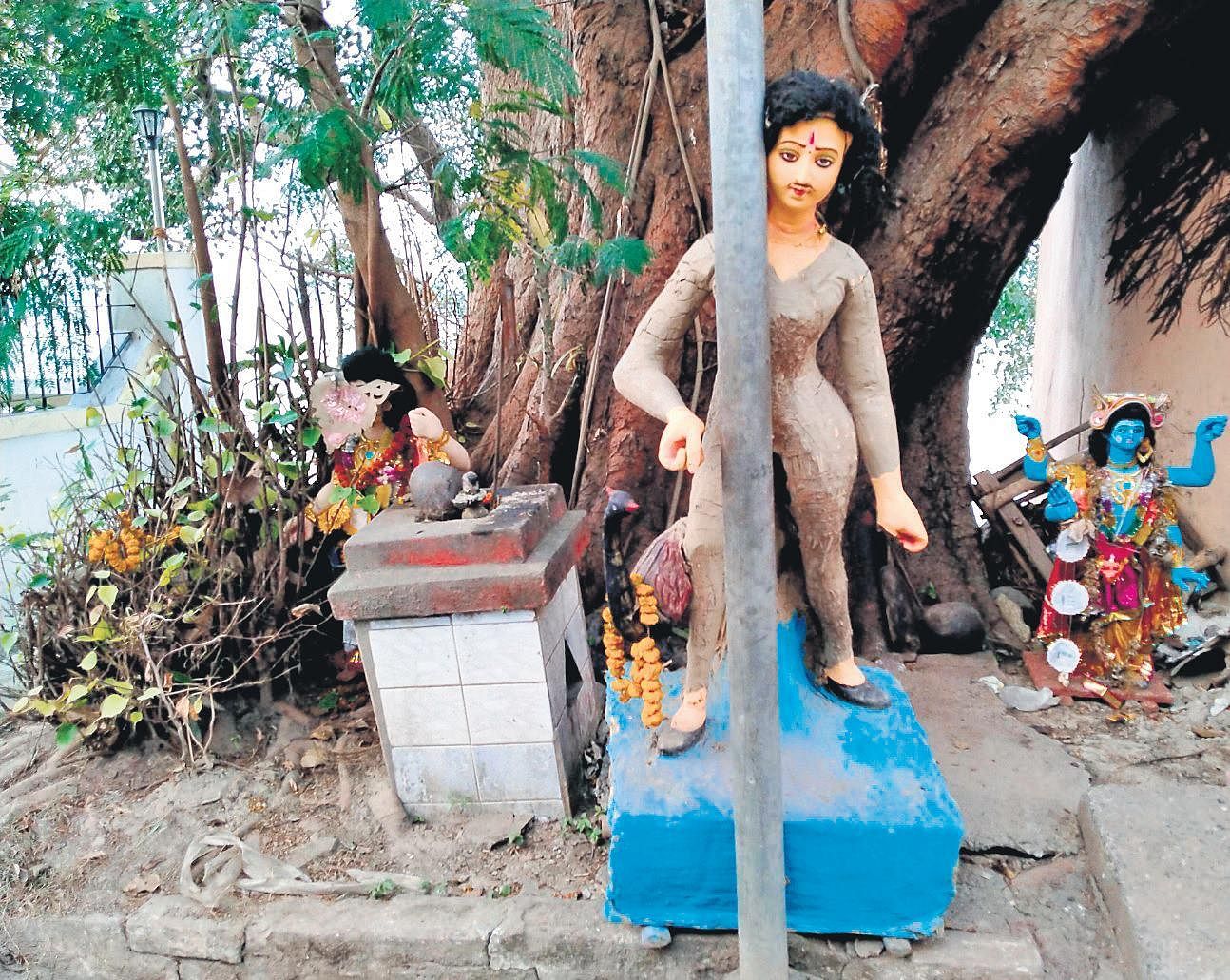 All these Indian idyll scenes are a short stroll away from a cheerfully painted colonial building on an elevated sidewalk which observes the river Hooghly nonchalantly. Until 1786, soldiers from the Netherlands stored their flagstaff and cannons here. An English tavern keeper from Calcutta named Mr Parr bought it to open a hotel and tavern. Three centuries later, it was reborn as The Denmark Tavern, now operated by The Park, Calcutta—a pleasant two-storey, yellow-painted edifice with proud round pillars and green louvered windows through which chefs are seen making the best caramel custard and roast chicken sandwiches this side of the river. Temptation here is the delectable Danish pastry from the little Flury’s outlet hugging the wall like a coy sister.

The hotel is being expanded to accommodate more rooms because they are mostly full. The quietness inside the building contrasts with the noises of the town around the somnolent building: watch the river in its eternal passage from the first floor terrace with a cold beer in hand, as the boats trace faded slipstreams of ships from another time and shore. The Park has positioned the tavern as “the oldest hotel in India”. The Great Dane of Serampore is indubitably one of the most unique in India.

Stay up to date on all the latest Travel news with The New Indian Express App. Download now
(Get the news that matters from New Indian Express on WhatsApp. Click this link and hit 'Click to Subscribe'. Follow the instructions after that.)
TAGS
Serampore Kolkata Indian colonial life West Bengal