Prime Minister Narendra Modi said from Dehradun to Dublin, from Shanghai to Chicago, from Jakarta to Johannesburg, Yoga is everywhere.

Prime Minister Narendra Modi today performed Yoga with over 50,000 enthusiasts at the Forest Research Institute campus here, saying the ancient Indian discipline has emerged as the most powerful unifying force in a strife-torn world.

He said in fact yoga has become the biggest mass movement across the globe in the quest for good health and wellbeing, which is crucial to the creation of a peaceful world.

"Dehradun to Dublin, Shanghai to Chicago, Jakarta to Johannesburg, Himalayan highlands or sunburnt deserts, Yoga is enriching millions of lives all over the world. Yoga fosters amity in societies which can form the basis of national unity," the prime minister said.

He said the proposal for the Yoga Day at the UN was accepted in record time with a majority of nations supporting it. Today people all over the world have come to look upon yoga as something which belongs to them, Modi said.

Modi said yoga presents a ray of hope for future of the world. "Yoga is beautiful because it is ancient yet modern, it is constant yet evolving," he said.

The growing popularity of yoga across the globe has brought India closer to the world and this position is going to get strengthened in times to come, he said.

The prime minister had arrived here last night to participate in the main event on the International Yoga Day. Elaborate security arrangements were made and nearly 3,000 security personnel deployed in and around the venue.

Modi arrived at the FRI at around 6.30 am and addressed the people before performing asanas with them.

Yesterday, while greeting yoga enthusiasts across the world, the prime minister had said that this exercise is one of the most precious gifts given by the ancient Indian sages to humankind.

It is not a question about JDU. I know more than dozen people present here who are from JDU. Don't people from RJD & JDU practice Yoga? It is not necessary that everyone comes out to participate: Bihar Dy CM Sushil Modi on reports of JDU not participating in Yoga day celebration pic.twitter.com/QSqYIQugqr

Rajnath Singh cleared doubts that yoga was meant only for Hindus and pointed had that been the case, it would not have been supported by 177 countries across the world, which included the world body UN and 46 Islamic nations. (IANS)

Rajnath Singh who is performing yoga at Lucknow credited PM Modi for the international recognition accorded to yoga. "While yoga has been there for ages, it got its rightful place on the global platform due to the efforts of our Prime Minister and now people take it seriously and have reaped its health benefits," he added. (IANS)

Yoga being performed at the US Embassy in Delhi on #InternationalYogaDay2018. pic.twitter.com/YM42gKUtmp 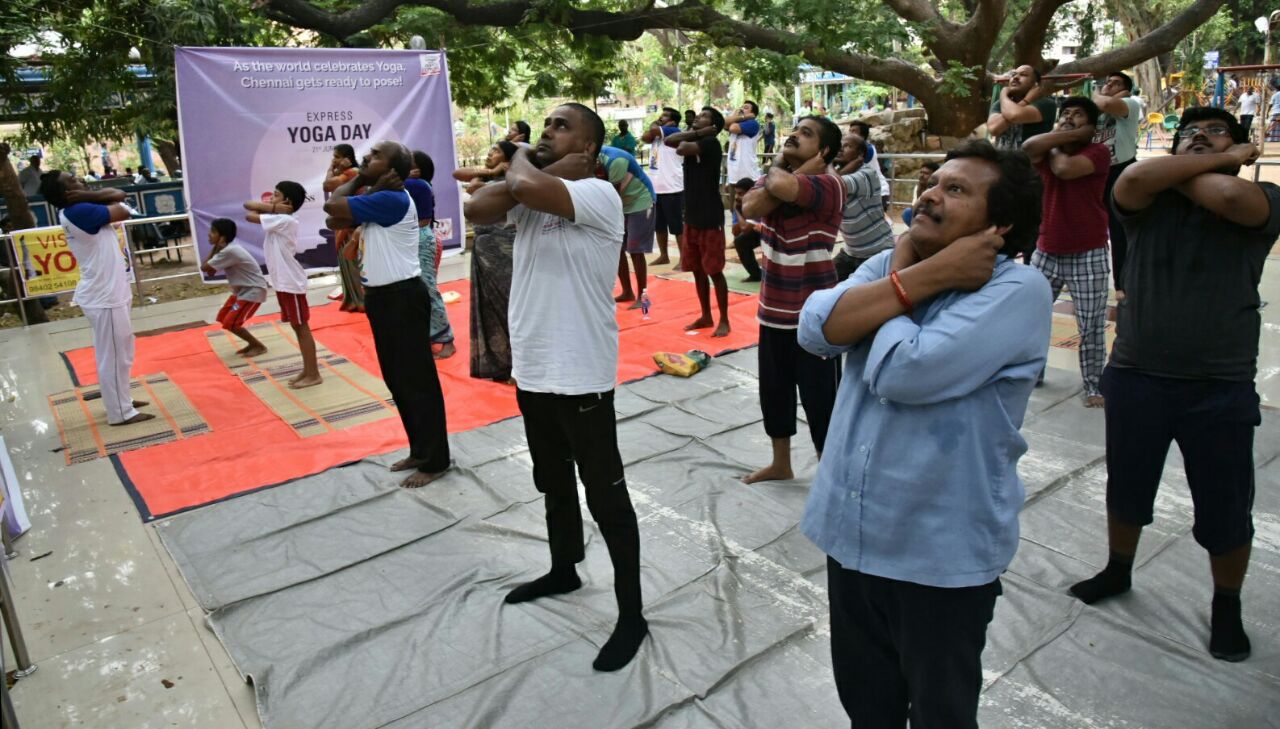 #Yoga is an art of living, a way of being, it is about finding one's true Self & connecting with it. On 21 June, join #YogaDay celebrations pic.twitter.com/saEzTvEW8P

I want it to become a people's movement because it is not something political or religious, it is for betterment of our lives. It shouldn't be just for one day, it should be a part of our daily lives: Vice President Venkaiah Naidu in Mumbai on #InternationalYogaDay2018. pic.twitter.com/FUfuaFfvyF 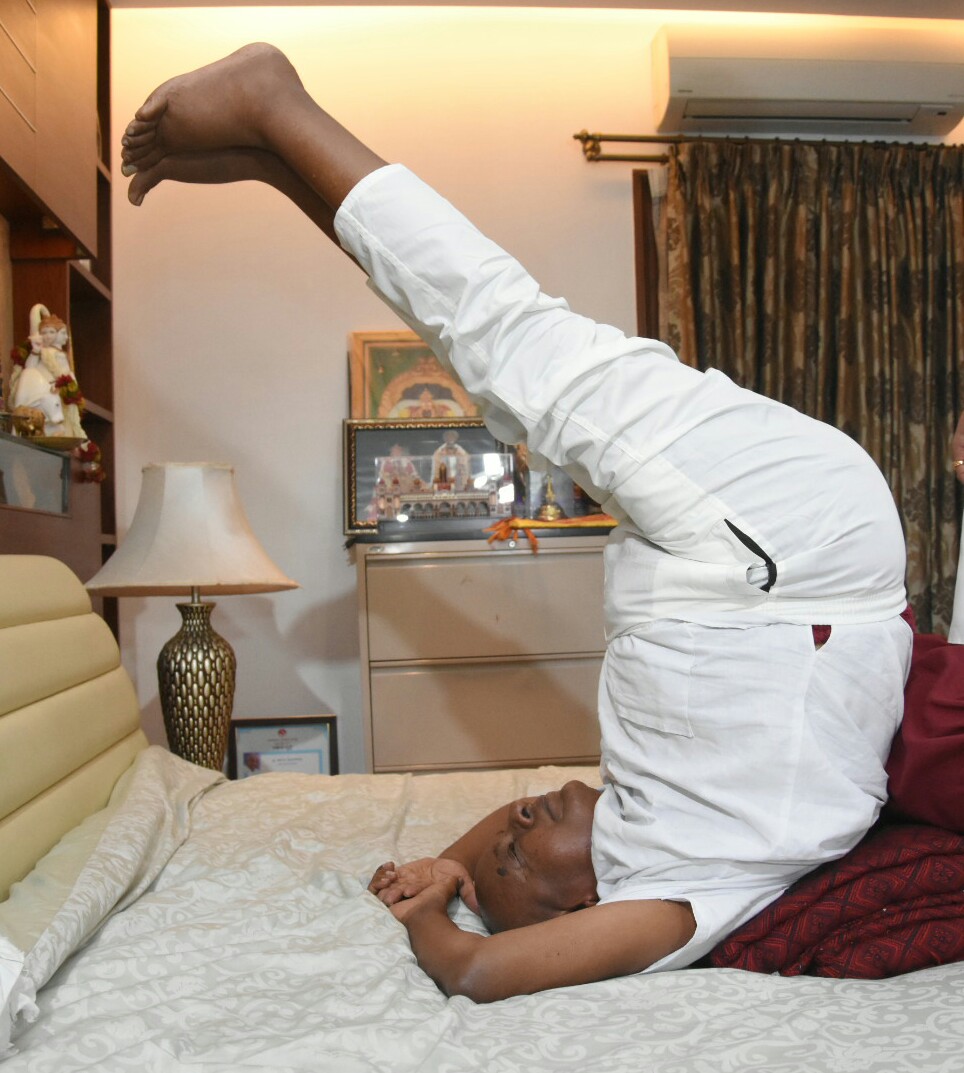 Yoga not only contributes to our fitness and well-being but also opens doors to self-discovery and spirituality. On #4thYogaDay, let us cherish our timeless heritage and adopt Yoga for a healthy lifestyle. #InternationalYogaDay2018 pic.twitter.com/IYadai4dcN

Now we are on Telegram too. Follow us for updates
TAGS
Narendra Modi Dehradun yoga Yoga Day International Yoga Day