India vs Australia HIGHLIGHTS: Australia win the first T20I at Brisbane by 4 runs

In a bid to assert themselves as favourites for the Test series, which starts December 6 in Adelaide, India would be hoping to dominate the three T20Is.

BRISBANE: Australia defeated India by four runs via D/L method in the rain-hit first Twenty20 International of the three-match series at the Gabba here Wednesday.

Sent into bat, Australia made 158/4 in 17 overs after rain cut the game short to 17-overs-a-side affair.

Chasing 174 runs for a win after D/L method came into action, India fell short by five runs, managing 169 for seven.

In a bid to assert themselves as favourites for the Test series, which starts December 6 in Adelaide, India would be hoping to win the remaining two T20Is.

The touring side had won its previous seven T20I series dating back to November 2017, and its last defeat in the format was against West Indies in July last year.

Australia win by four runs by the DLS method!

An excellent last over from Marcus Stoinis gets Australia over the line. He dismissed the dangermen Krunal Pandya and Dinesh Karthik. #AUSvIND FOLLOW 👇https://t.co/TpS5WMZxTP pic.twitter.com/vjP3MJfaKY

Guess Karthik will wonder if he should have run the second from the 1'st ball of the over. But top innings in the situation

Stoinis is on a hattrick as he gets Dinesh Karthik. 11 runs to get from 2 balls.

Krunal Pandya is out in the last over. 11 runs required off 3 deliveries. Can Karthik finish it? 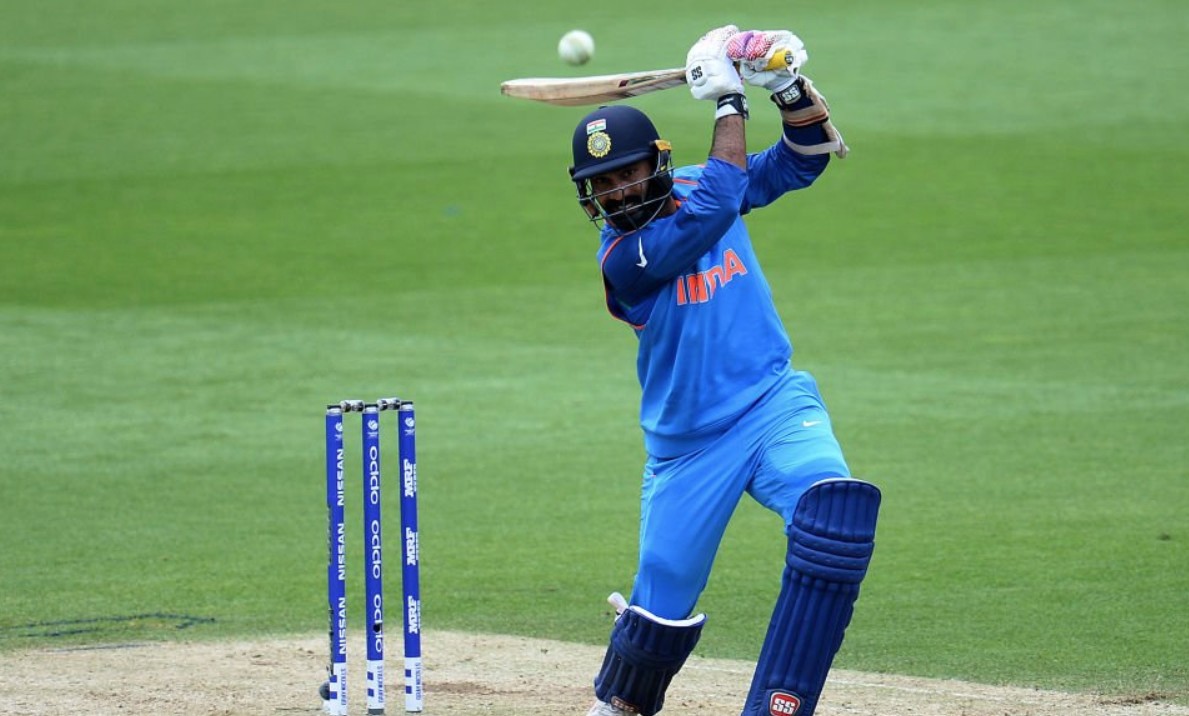 This is gonna be close...

Rishab Pant tries to scoop Andrew Tye over the in-field on the off side. Doesn't connect well. Ends up holing it to Behrendorff at cover point.

Karthik and Pant bring up a 50 run partnership. Indian inching closer to victory. 18 required off 10 deliveries.

Pant manages to fetch just one run out of it.

That was interesting, Maxwell

Dinesh Karthik smashes Andrew Tye over mid-wicket. Maxwell takes a catch but has grounded his legs outside the boundary before he can throw the ball in.

Pant hits a maximum over fine leg off Andrew Tye.

WATCH | TNIE's analysis of the match

Indian opener Shikhar Dhawan tries to clear the thirdman boundary but ends up holing it to Behrendorff off Stanlake.

How close was that?

The big screen says 'OUT' as third umpire gives KL Rahul stumped out. That was a close call.

Welcome with a boundary

Back to back boundaries

Rohit Sharma tries to play Jason Behrendorff for a maximum, only to end up in Aaron Finch's hands.
03:59 Nov 21

Rohit Sharma to overtake Martin guptill as the highest run-getter in T20Is if he score 65 runs or more in this innings.

The openers walk out

Indian openers Rohit Sharma and Shikhar Dhawan are out in the middle. Behrendorff to start proceedings for Australia.

Bumrah strikes on the first ball after the rain break.

It an all clear. It will be a 17 over game. #TeamIndia will bowl 5 more deliveries. Play to restart 8:05PM local time #AUSvIND pic.twitter.com/z511TiKEF6

Rain effect: Match reduced to 17 overs per side

The game is all set to resume after being delayed for almost an hour due to the shower. The Baggy Greens have five more deliveries left to play.
03:22 Nov 21

The Gabba will have a wet outfield

Umpires are out inspecting if the play can be resumed.

The ball hits the spider-cam!

Just wait for the camera shot at the end! #AUSvIND pic.twitter.com/yoouEWxc9u

Most runs conceded by an Indian bowler in a T20I:

No, not raining sixes; it's really drizzling in Brisbane

Khaleel drops Stionis at third-man as India misses a golden opportunity to break the partnership.

The Mumbaikar finsihes at 55-0 at the end of his spell.

The right-hander punishes Krunal Pandya for three back-to-back sixes as he races into 30s.

The Rajasthan seamer has given away 42 runs from 3 overs 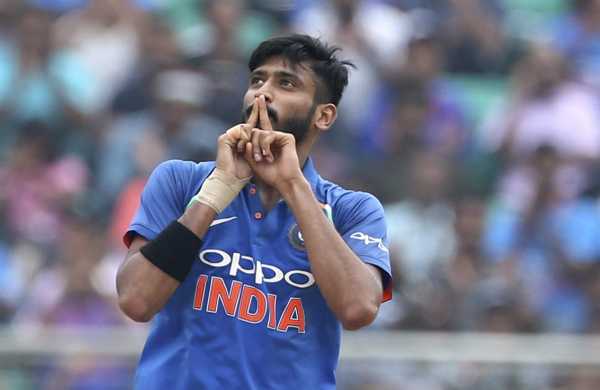 Chinaman to the rescue!

Kuldeep Yadav dismisses the dangerous-looking Lynn with a return catch 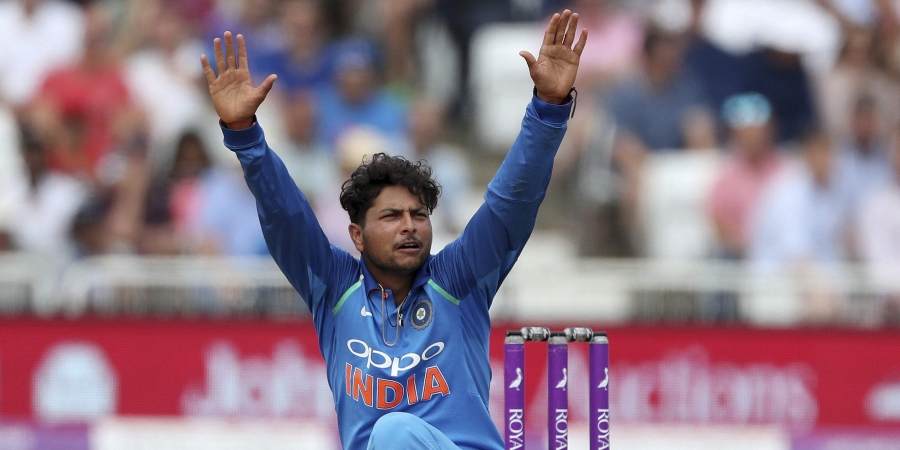 One of Lynn's maximum

BANG! Lynn goes large and Old Mate takes the grab in the stands!

The Kolkata Knight Riders batsman hits Krunal Pandya for his fourth six of the match.

Kuldeep Yadav dismisses Aaron Finch as the ball takes the outside edge and flies to Khaleel Ahmed at backward point.
01:57 Nov 21

Captain Kohli with a heart-warming gesture before the start of game at The Gabba #TeamIndia #AUSvIND pic.twitter.com/KPANHQ78FT

Watching the ball when Lynn is at the crease be like

Three sixes in the over!

21 runs of 8th over. Chris Lynn hits three sixes to get Australia back on track.

Chris Lynn launches a full delivery from Khaleel for six over mid-wicket.

Virat Kohli introduces spin attack after the end of powerplay.

I wonder what the pecking order for keeping wickets is. And whether Pant keeping today is a decisive move because it means Karthik has to earn his place as a pure batsman.

Lynn hits a boundary on his very first delivery

Back to back boundaries

Australia back on track with two boundaries in the fourth over.

When you see Virat dropping a catch!

Australia ends over on a high note
Score: 13/0 after 3 overs.

Bumrah from the other end

Jasprit Bumrah comes into the attack in the second over.

The battle is on

India 🇮🇳 win the toss and elect to field in the first T20I against Australia 🇦🇺 in Brisbane.

Aussie quick prepares before the start of play

India have won the toss and elected to bowl first #AUSvIND pic.twitter.com/DgwRrjsb6X