India vs Australia second T20I HIGHLIGHTS: Match called off due to torrential rain at MCC

India had won its previous seven T20I series dating back to November 2017, and its last defeat in the format was against West Indies in July last year.

BRISBANE: India will chase a DLS adjusted target of 137 from 19 overs against Australia in the rain-hit second T20I here on Friday.

Put into bat, Australia were 132-7 in 19 overs when rain interrupted play.

With further play not possible, the match was reduced to a 19-over affair and India were set a target of 137 from 19 overs via DLS method.

Put into bat, Australia were 132 for 7 in 19 overs when heavens opened up.

Ben McDermott (32) and Andrew Tye (12) were at the crease during the break.

Australia had defeated the visitors by four runs via D/L method in the rain-hit first Twenty20 International of the three-match series at the Gabba on Wednesday.

In a bid to assert themselves as favourites for the Test series, which starts December 6 in Adelaide, India would be hoping to win the remaining two T20Is.

Here are the major highlights of the game:

Sadly, the play has been called off at the MCG. Australia take a 1-0 series lead with one more game to go.#AUSvIND pic.twitter.com/C3b9iKxNM2

Save it for the final match boys

Though the players are warming up, the covers are back on the field as rain intensifies.

Players forced off the field again as rain returns to Melbourne Cricket Ground.

Two rain-hit matches in a row 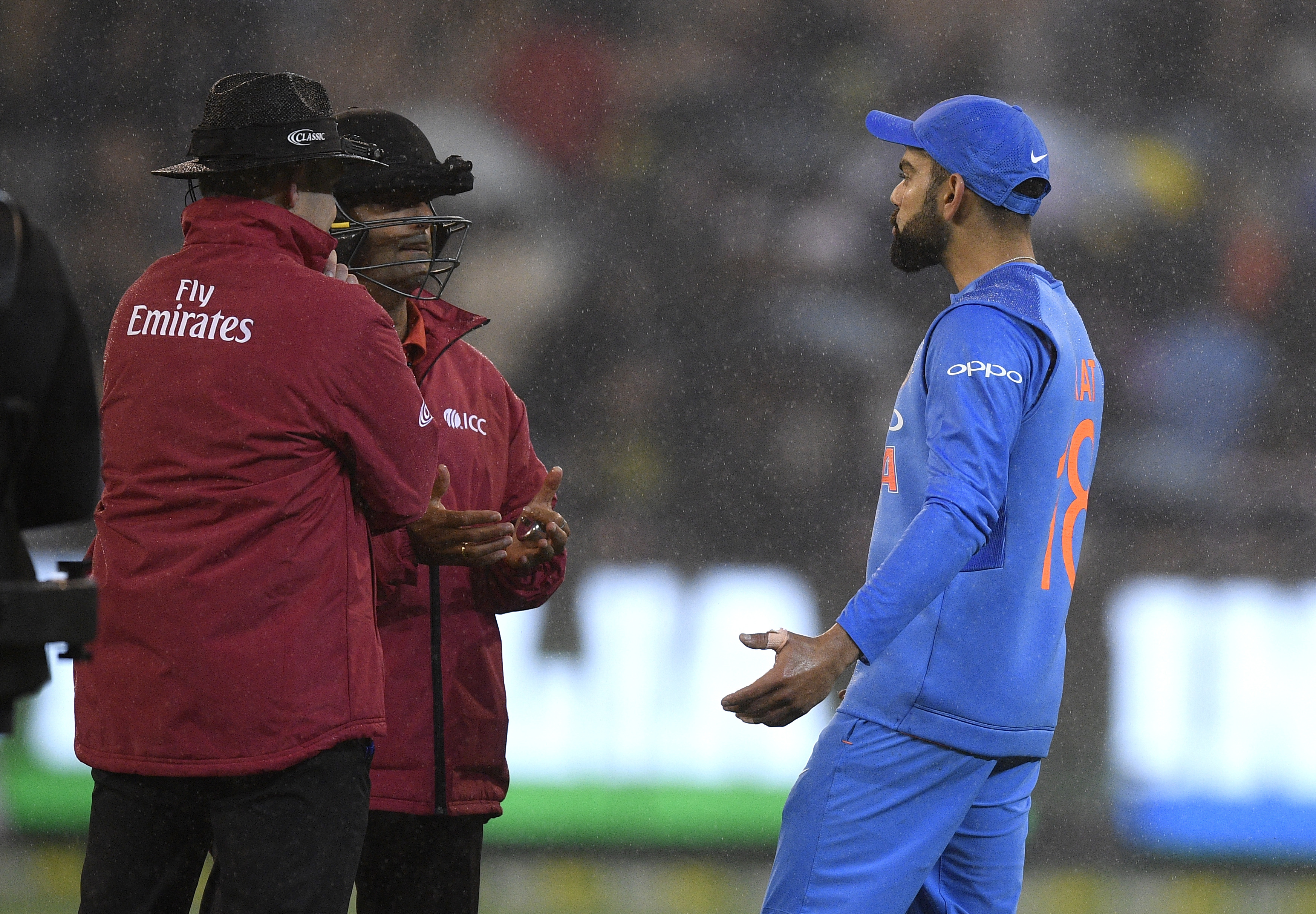 All Indian bowlers except Khaleel Ahmed have managed an economy rate under 7 rpo. 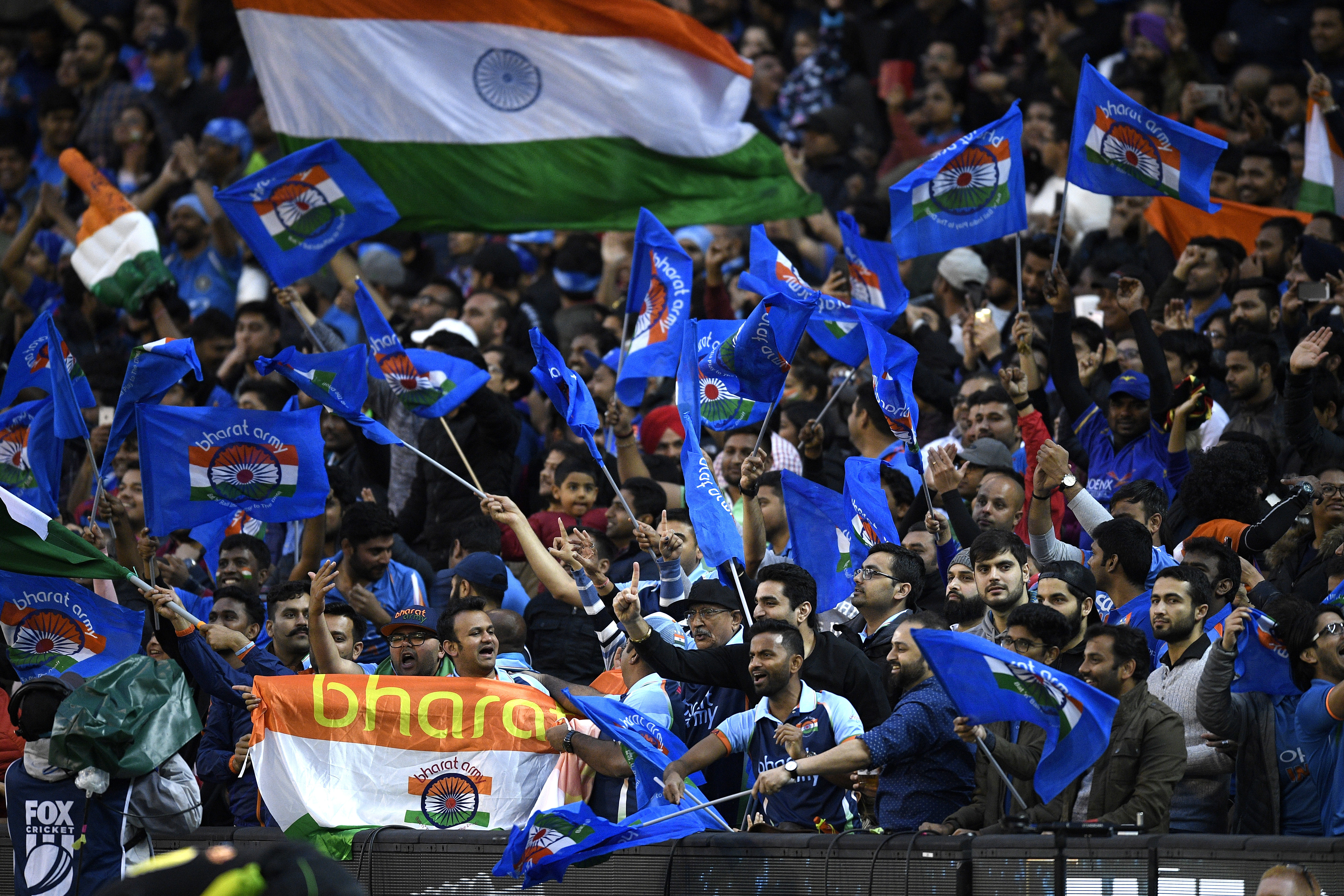 Rain interrupts the game with just over left to play in the Australian innings. 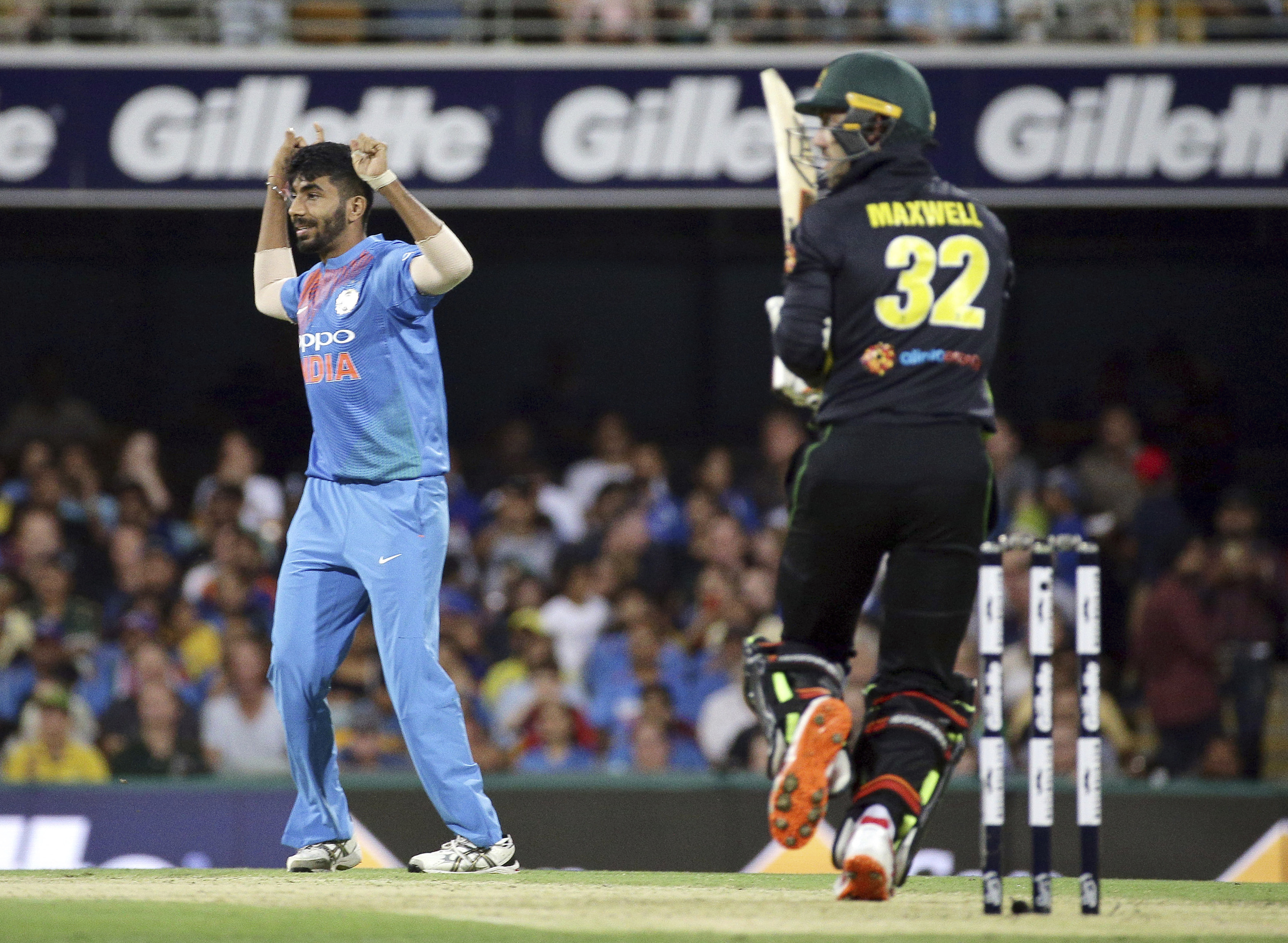 Too many dot balls 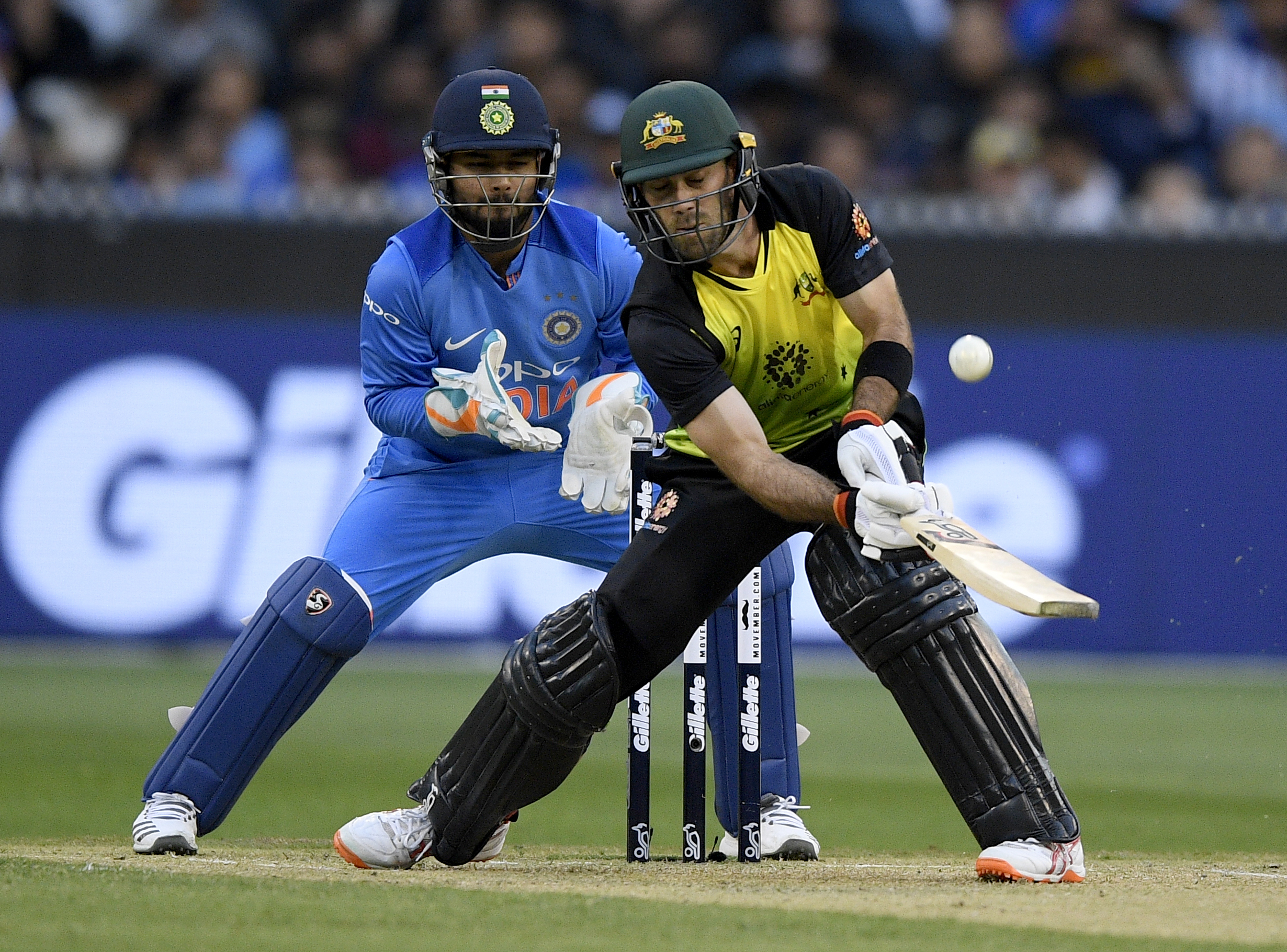 The Indian bowlers have managed 55 dot balls so far with 12 balls left to play. (Photo | AP)

McDermott runs riot as Australia's run rate crosses 7 per over.

All eyes on McDermott 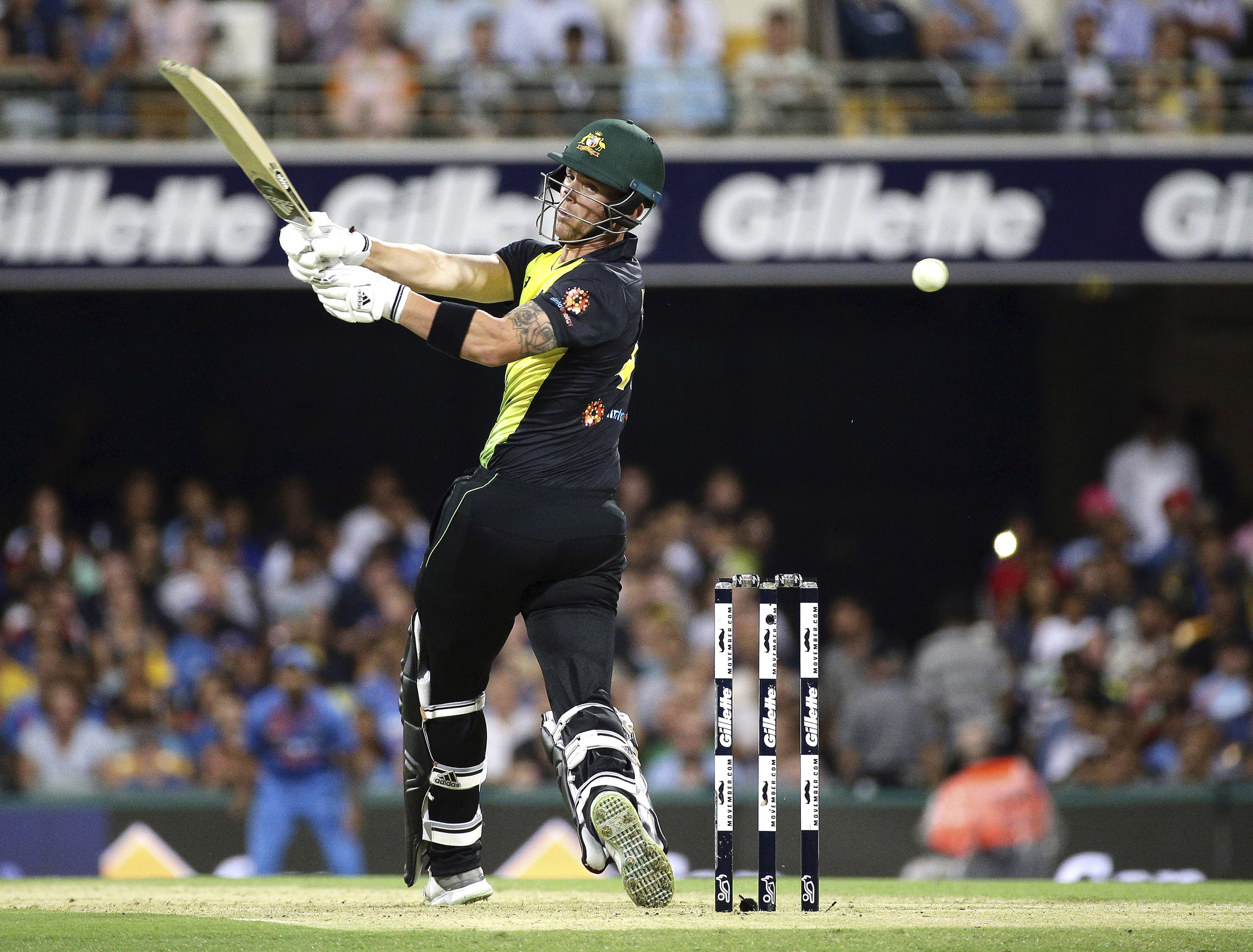 Australia is pinning all their hopes for a decent total on Ben McDermott - the last recognised batsman surviving. (Photo | AP) 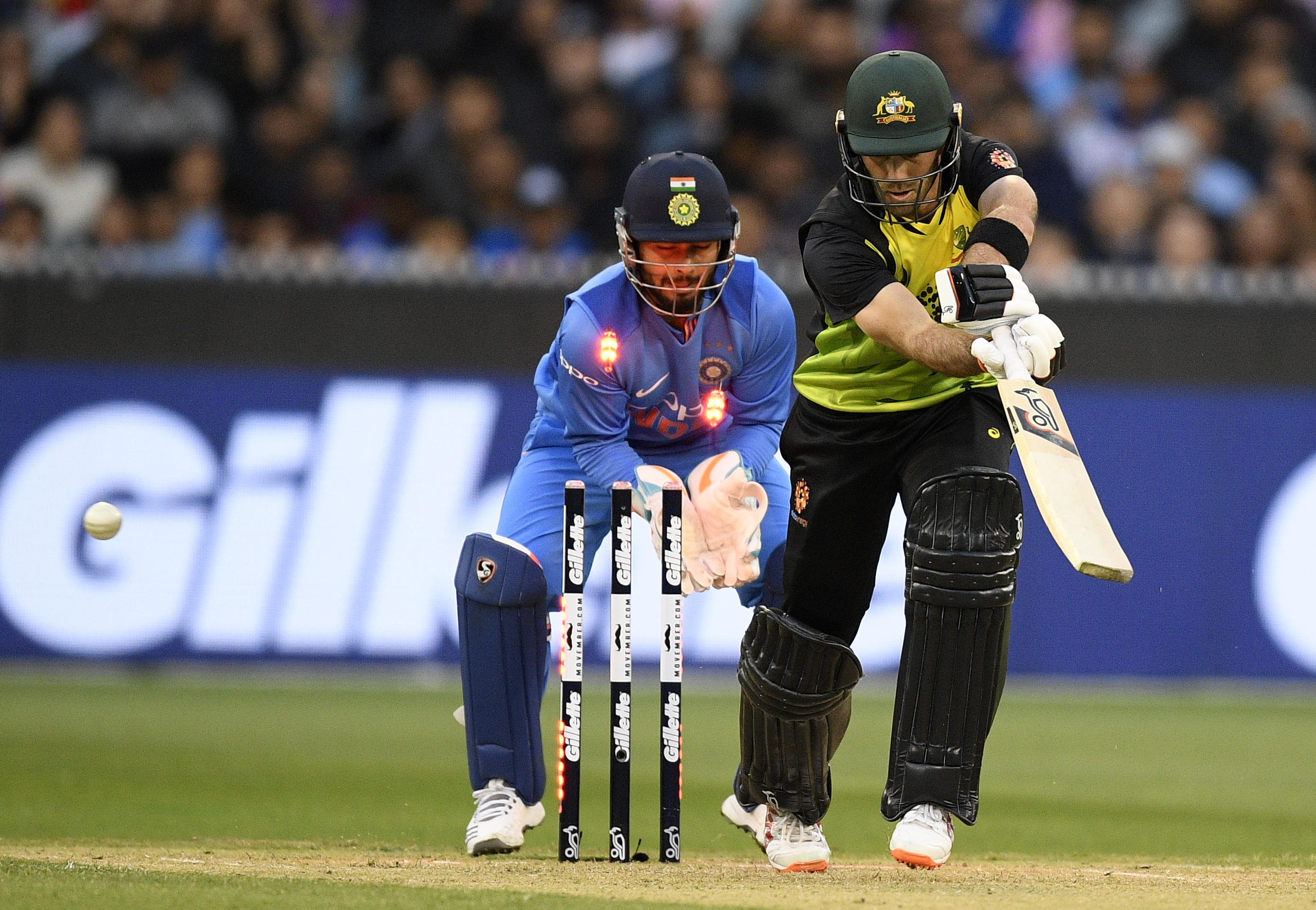 Coulter-Niles' innings end in Kuldeep Yadav's hands as he tries to play another big shot. Second wicket for Bhuvi.

Coulter-Niles pulls away a short-pitched deliver from Kumar to find the second six of his innings.

Bhuvi to ball his third over of the game 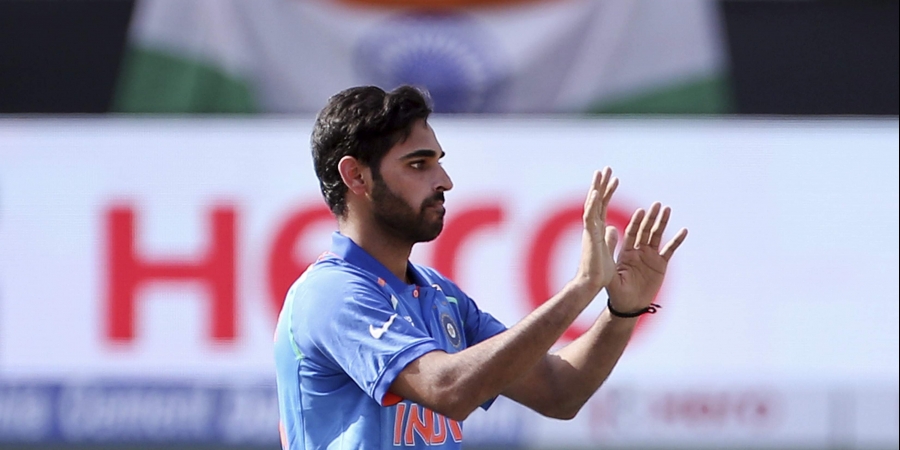 Coulter- Nile moves to double-figures with a boundary off a Krunal Pandya delivery.

With Raina not around, Manish Pandey not in the 11, Rahane not picked and Jadeja in and out, India's fielding isn't as sharp.

With the top-five gone, the Baggy Greens are struggling in the middle. Their run rate has fallen to 5.69 runs per over.

Kuldeep Yadav is the only Indian bowler not to get a wicket so far in the match. 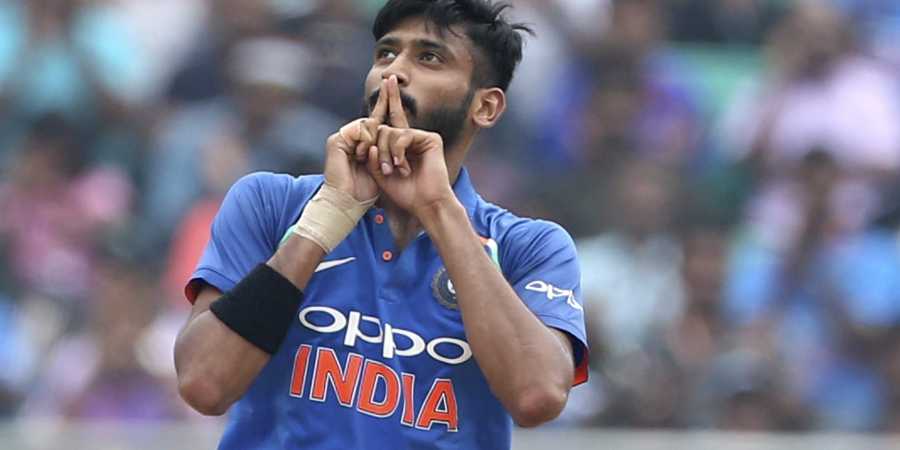 Dangerous Chirs Lynn is dismissed by young Khaleel Ahmed at the end of an undisciplined-looking over. Australia in trouble.

First six of the game!

Chriss Lynn pulls away Bhuvi's piched up delivery to fetch the first maximum of the match.

India won the toss and elected to field first.

Now we are on Telegram too. Follow us for updates
TAGS
india vs australia India Vs Australia T20