Three cities, three young groups, three productions, three ways of creating a script. Recently in Chennai, watching Theatre Nisha’s dramatisation of Ramdhari Singh ‘Dinkar’s’ epic poem on Karna, Rashmirathi, a question came to mind: Where are the new scripts? It echoed once again when witnessing a devised production, This Will Only Take Several Minutes, in Delhi a few weeks ago. This joint production of Hanchu-Yuei from Tokyo and Tadpole Repertory, Delhi, explored the nature of relationships in an atomised world. Why are contemporary directors forced to look elsewhere, other than drama, for texts? Some take recourse to dramatising poetry or novels (like Theatre Nisha), others to creating devised pieces (like Tadpole) and yet others commission new scripts. 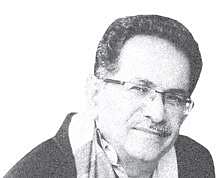 Established in 2000, Theatre Nisha is an attempt to create a theatre space of social responsibility in Chennai. Under the creative direction of V Balakrishnan, it has produced over 60 professional productions in English, Hindi and Tamil. Nisha means twilight and the group has stayed away from the commercial mainstream, experimenting, writing and collaborating. The director’s journey with theatre started with the Sri Ram Centre Repertory in 1995, and then he moved on to study at the National School of Drama. Since 2003, a number of groups have emerged, but due to a dearth of scripts, sponsors and the lack of experienced actors, they continue to struggle, and wither. One hopes Theatre Nisha will survive.

The Tadpole Repertory of Delhi is a theatre collective dedicated to presenting original writing and devised performances. In the past two years, across two exchange visits, it has collaborated with Hanchu-Yuei, a theatre collective based in Tokyo, whose work is known for its integration of projection and performance. And also for their strong scripts, which often make audiences question their ethical viewpoint. Searching for relationships, reaching out to the kindness of strangers, looking at people who are constantly wary of one another, and at the same time, are drawn to the ‘otherness’ of people.

Written and directed by Suguru Yamamoto and Neel Chaudhuri with an interesting track by Samar Grewal, the play is performed in projector’s light, leading to their shadows and selves to merge and mingle. Many devised cross-cultural theatre pieces are good to watch but do not linger in the memory for long.
The third production by young theatre practitioners, this time with a specially commissioned script, was the Mahindra Excellence in Theatre (META) Award winner from Mumbai. The Elephant in the Room, a wonderful amalgamation of design, direction, lighting and music  score with the extremely talented actor Yuki Ellias as the solo performer brought the story of Ganesh alive.
Seen earlier in Delhi, in Tim Supple’s A Midsummer Nights Dream, Yuki held the audience adroitly in her grasp. How does Ganesh see himself, how do the creatures of forest perceive him? A poignant and witty script, clever and humorous at the same time, helped her play a multitude of roles with different costumes and body language.

The writer is a Delhi-based theatre director feisal.alkazi@rediffmail.com