Celebrating the women of India

For Taking Education to the Masses

Bharti Gandhi’s dedication to education and teacher training is recognized the world over. Her marriage to Dr Jagdish Gandhi in 1959 was followed by the two of them founding City Montessori School with five children from their neighbourhood. They worked from home, where they set up a classroom outfitted with tables, chairs, a blackboard, coir mats and books by borrowing `300 from the neighbours. Today, 57 years later, CMS has 55,000 students in 18 campuses across Lucknow and is recognized by the Guinness World Records as the school with the largest number of students. It is also the only school ever to be ever awarded the Unesco Prize for promoting universal values of education for peace and tolerance. Dr Gandhi also believes in, and works for, the uplift of women and the eradication of social evils like dowry and alcoholism.

For Being a Green Crusader 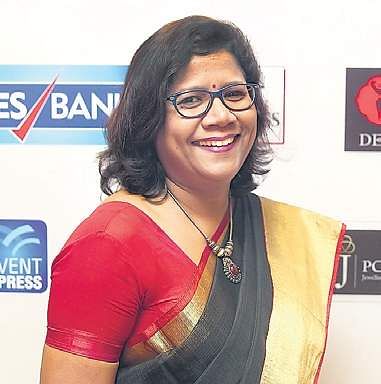 As founder and CEO of Ampere Vehicles, Hemalatha Annamalai’s mission is to build a local Tesla Motors by providing middle-class Indians in rural and semi-urban areas with cost-effective electric vehicles that offer them convenience and freedom, while simultaneously helping the environment and reducing India’s oil imports. With her fleet of e-cycles, e-scooters, e-trolleys and special-purpose vehicles that cater to the differently-abled, Hema’s dream is to put Coimbatore on the map as an electric vehicle city and turn it into a role model for other cities looking to go the electric way. Going forward, she is looking to dispel the notion that there is no place for women in manufacturing. “Already, one in every four Ampere employees is female. I want women to be in the forefront of everything I do,” says the CEO.

For Exemplary Work with the Elderly

Kiran Chopra has always empathized with the elderly and been driven by a need to see them happy. It was her great grandfather-in-law’s dream that there be a way for the elderly to spend their final years with dignity and in a cheerful environment. So that’s what Kiran has created, in the Varishth Nagrik Kesari Club. Working on the concept of ‘adopting the elderly’, it invites people to contribute to the expenses of the needy. “I have people coming to me, saying they can’t afford to look after their parents and want to send them to an old-age home. But I believe that’s wrong. Old people need to stay with their families at home. But I also realize that money is an issue so, through the Club, we get other people to ‘adopt’ the elderly and pay for their expenses. So far, we have helped in the adoption of 600 people around the country,” she says.

For Infusing Print with Poetry 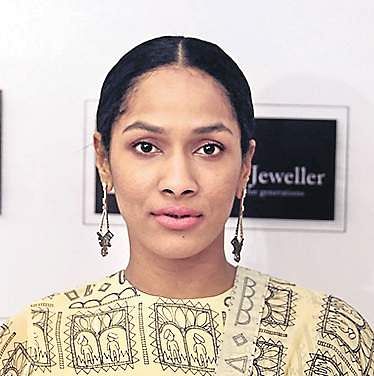 Masaba Gupta didn’t set out to be a designer. Yes, she joined SNDT to study fashion but hated the course. Still, in her second year, her clothes got noticed by Lakme’s Anil Chopra and she applied for Lakme Fashion Week. People loved the print-happy, drunk-on-colour outfits and orders started pouring in. With her mother’s help, she set up a unit and met the orders—and Masaba, the brand, was launched. At age 20! At 23, she signed up as fashion director for Satya Paul, one of India’s oldest and most revered labels. She worked there for two years, and drove the brand towards a younger customer base. Today, she’s back flying solo, with House of Masaba stores in India, the US, Middle East and Singapore, marrying modernism with tradition, turning mundane objects into magical fabrics. And managing her 1.2 million Twitter followers.

For Giving Animals a Voice

As a Lok Sabha MP and national president of the Bharatiya Janata Party Yuva Morcha, Poonam Mahajan works with citizens in solving problems pertaining to her constituency and the country at large. But it’s her efforts for animal welfare that are particularly noteworthy. Being a lover of animals and a trustee of the People for Animals Foundation, Poonam has raised several issues in Parliament relating to animals. In 2016, she introduced a Private Member’s Bill seeking an increase in the penalties for animal cruelty through an amendment of the Prevention of Cruelty to Animals Act. Thanks to her, the Maharashtra government has allotted land for a multi-specialty veterinary hospital at Navi Mumbai. Poonam also champions the cause of Asian elephants and is working to protect 101 Elephant Corridors in India.

For Fighting the Stigma Around Mental Illness 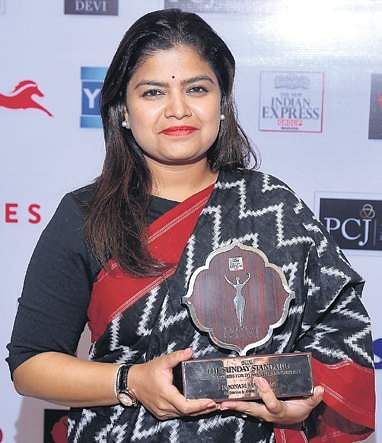 Neerja Birla has multiple missions. As founder-chairperson of Mpower, which she has created to change people’s attitude towards mental health, Neerja hopes to spread awareness, alleviate the stigma about mental illness and provide quality care to affected individuals, particularly the young. “There’s a huge lack of information and awareness about mental health issues. This gap makes youngsters who are battling such problems feel as if they have something to be ashamed of,” she says. The two schools that she runs in Mumbai function in line with Neerja’s staunch belief in the holistic development of children. One has been ranked the third-best international school in Mumbai; the other provides a state-of-the-art holistic and personalised learning environment for children with learning and intellectual disabilities.

For Giving India a Taste for Fine Dining

In her mid-40s, Ritu Dalmia stands as one of India’s most celebrated chefs and co-owner and manager of six restaurants and a catering division in Delhi and a restaurant in Italy. It’s been an interesting ride. Her first foray into the restaurant business didn’t do too well. The food, all-Italian, was fabulous, but India hadn’t discovered its global palate yet. The chef-restaurateur was upset but not crushed. At 22, she had all the time in the world. She took off for London, where she opened a successful Indian restaurant with a fellow chef, but came back in 2000, to open Italian fine dining restaurant Diva in the capital. It was an instant hit, and Ritu never looked back, going on to open one winning restaurant after another. With Cittamani, her new eatery in Milan whose menu is a fusion of Indian and Italian elements, she has come full circle. 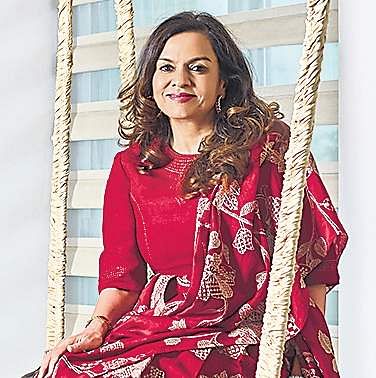 Founder & director of Raindrop Media, Rohini Iyer was born and brought up in Mumbai, the city of celluloid dreams. Obsessed with cinema, with a passion for writing, this college dropout started off as a film journalist at the age of 16. She worked with several publications and channels before switching tracks and setting up Raindrop Media in 2002, counting on her strong media interactions and her insider knowledge of how the film industry functioned. The gamble worked, and within a few years, Raindrop was India’s biggest celebrity image and reputation management agency. Today, the company’s glittering client roster includes Priyanka Chopra, Katrina Kaif, Sonam Kapoor, Sushant Singh Rajput, Anil Kapoor, Sanjay Leela Bhansali and Farah Khan.

For Being a Champion of Indian Art

As chairperson of the JSW Foundation, Sangita Jindal strategises and oversees social development projects in nine Indian states. Significant as her work at the Foundation is, that’s not all that Sangita does. A philanthropist who believes in the transformative power of art, she has driven (and continues to drive) both fine art and public art projects across the country. She’s responsible for the 10-acre arts village Kaladham in the JSW township in Vijayanagar as well as the extensive restoration work at the Hampi temple complex in Karnataka. She runs The Jindal Arts Centre at NCPA, Mumbai; manages the Jindal Corporate Collection of Art which consists of over 500 artworks; and is the creator of Art India magazine, which provides a platform for artists and critics to engage in intellectual dialogue with each other.

The cause dearest to Lok Sabha MP Sushmita Dev’s heart is  gender justice. No girl should be disadvantaged by issues stemming from gender, she says. Earlier this year, she started the ‘Women for 33%’ campaign, which seeks to gather public support for giving women 33 per cent reservation in all elected bodies, from Panchayat to Parliament. Sushmita believes that “once passed, the legislation will change the power equations in country forever”. It has so far been supported by over 33 lakh people. She has also initiated a ‘tax-free wings’ campaign that seeks to get women easy access to sanitary napkins. The MP believes that it’s imperative to remove the taboo around menstruation and enhance the reach of female sanitary products and the only way to do that is by making them cheaper. The matter is pending before Delhi High Court.