Moth-er of all Wings

Move over butterflies and birds, moth-watching is increasingly becoming a hobby or area of focus for researchers and photographers 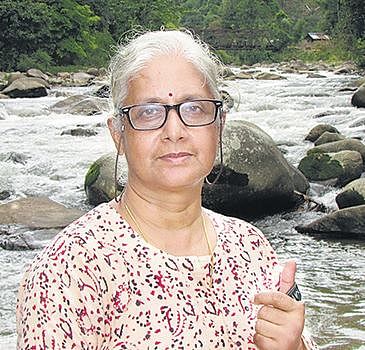 By By Sharadha Narayanan

Moths are no longer getting the step-motherly watch. The insects have started flying into limelight like their much-celebrated colourful cousin, the butterfly—thanks to ‘moth-ers’. (‘Moth-er’ is a term in vogue to describe those who are interested in moths.) ‘Mothing’ or moth-watching is trending as a hobby or area of study, catching the fancy of researchers, photographers and common people.The last week of July, observed as the National Moth Week in over 80 countries, witnessed ‘moth-ers’ holding watching events, hoping to share knowledge on these tiny winged creatures. An annual ritual since 2012, this year the Week saw 30 moth-watching events across India as recorded on www.nationalmothweek.org.

If you are a ‘moth-er’, all you need is a backyard with a few trees, a screen and a bright lamp. “Try shining a bright light over a white screen (a bedsheet or even a dhoti would do) erected on tree barks or poles after sunset, and you could be surprised at the visitors it could attract,” explains Geetha Iyer, a moth expert based in Suchindram in Tamil Nadu, who has written extensively on moths, and insects in general.At a ‘mothing’ activity organised in Chennai by the Madras Naturalists Society, over 35 enthusiasts got a sighting of the noctoid moth. “Bats commonly prey on moths. And the noctoid moths—also known as erebid moths—are known to produce sounds of certain frequencies to jam the signals of bats that prey on them,” explains 64-year-old Iyer, who participated in the activity. “The jamming, which these moths indulge in as a survival mechanism, is of immense interest to scientists,” she explains.

At other moth-watching events, she says, participants were enchanted with sightings of the hooktip moth—a white moth whose first pair of wings looks like meat-eating flies and the second pair resembles brown and white bird-droppings. “The wings, when folded, look like two flies feeding on bird droppings,” she says. That’s not all. The moth also gives off the stench of droppings to ward off predators. Participants have also spotted spider moths, whose wings are intricately designed to resemble a spider. At events as these, budding entomologists also get to closely observe other insects that feed on moths, like the praying mantis, she says.

Their deft camouflage, striking colours and contribution as a pollinator notwithstanding, moths continue to pale in comparison to butterflies. Notably, moths are classified under the Lepidoptera order that includes butterflies. “India has probably 20,000 species of butterflies, but we have documented 1,60,000 moth species in the country,” Iyer claims. “Sadly, there is little recent literature about moths in India after the British rule.” Having worked as a biology teacher, Iyer has authored two books on insects based on her surveys since 2011.

Moths have been a largely misunderstood species, she says. “Many moths are agricultural pests. Also, some moths such as the tussock moth and tiger moth caterpillars can give people rashes when they come in contact with them. These led to a belief that moths are generally evil,” Iyer explains. But environmentally, they are very significant as pollinators for several plants and trees, especially those night-blooming ones, she says. For all the new-found interest in moths, science is still looking to answer some basic questions about them, she says. “If they are largely nocturnal, why are they so colourful? Or why do they tend to get attracted to light?” These are the questions that only more research will answer. Shining the spotlight on these—if only to look at them—is a baby step in that direction.

❖ Moths are among the most diverse organisms on earth.
❖ Scientists estimate there are 1,50,000 to 5,00,000 species.
❖ Their colours and patterns are either dazzling or so cryptic that they define camouflage. Moths can be as small as a pinhead or as large as an adult’s hand.
❖ Most moths are nocturnal but some fly in daylight like butterflies.
❖ Finding moths is as simple as leaving on a porch light after dark. Serious moth aficionados use special lights and baits to attract them.
Source: www.nationalmothweek.org