Experience is not always about visiting a place never seen before or relishing a new dish on the menu, it also means getting to know a country’s indigenous art, culture and luxury.

Experience is not always about visiting a place never seen before or relishing a new dish on the menu, it also means getting to know a country’s indigenous art, culture and luxury. And that is what some of the capital’s famous hotels are serving their guests with; by promoting the brands grown on India’s soil.
The Park Hotels, currently celebrating their 50th anniversary, sowed the seed of an avant-garde treasure in 1996. It bore fruit immediately, emerging as a trailblazer to embrace homegrown luxury.

But The Seed did something different for its time. It made the Indian design aesthetic desirable. At its helm was Priya Paul, Chairperson of Apeejay Surrendra Park Hotels, known as the first lady of design-led boutique hotels in India. She adopted design as an important aspect of hospitality ever since she started off in 1988. She lent The Seed a discerning style acuity that became synonymous with her hotel retail boutiques across India.

The Seed, later changed to The Box, brought to the table, every bit of knowledge from her background in contemporary art and painting. At this shop, there was apparel, jewellery and home décor, all of which had a local accent for a ‘closer to home’ feel.  “Products that I curated didn’t have to be necessarily expensive but had to be well-designed,” says Paul. 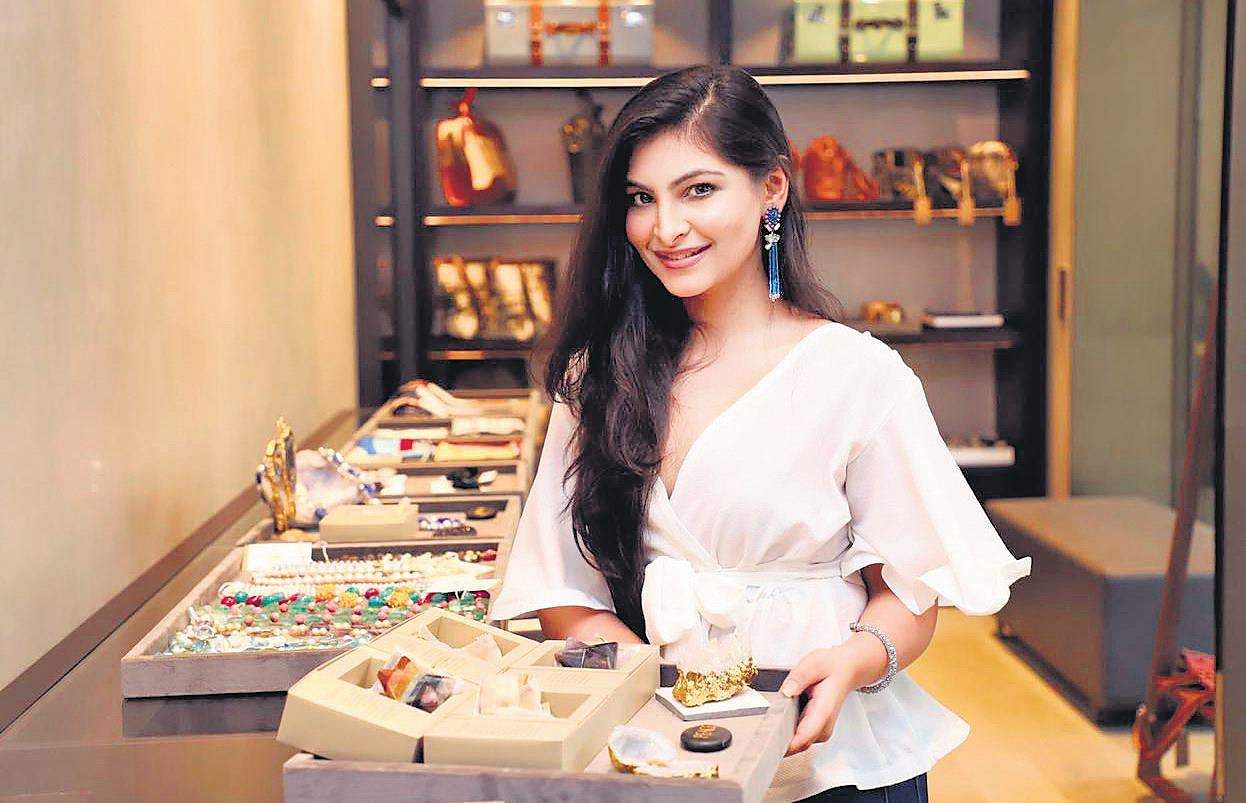 This happened much before Make in India became the buzzword. Paul had proven that bespoke wasn’t a distant idea, and that luxury could be an Indian prerogative. Three decades later, hotels such as Roseate House, The Imperial and The Lodhi have begun to uphold the same ideas with pride but no prejudice.
But before these new-age hotels caught speed with the homegrown bandwagon, there was Taj Hotels, Resorts and Palaces with Taj Khazana that brought together a uniquely Indian high-end retail space on its premises, celebrating the work of artisans and craftsmen. This was also an early attempt by a star hotel to work in the interest of artists. There was also ITC Maurya with its own line of products that it sold in their in-house boutique.

However, what we see today is starkly different. The designers of back then were mostly nameless entities who depended on the hotel’s popularity for outreach. But recently, that changed. Roseate House invited modern-day designers to be their own brand ambassadors.

Through Upstage Collect retail shop, it’s given five homegrown labels the space to express their creativity without worrying about the economics of it. Launched over a month back, Upstage Collect houses Made in India labels such as Nappa Dori, Bodice, Lacquer Embassy, Doux Amour and Wishaway. “Each brand is at par with their foreign counterparts in terms of idea, design and statement. Anyway, most international labels are made right here in India and then given a foreign label,” says Kush Kapoor, Area General Manager, Roseate Hotels & Resorts.

These brands have established their permanency with a model that is not seasonal but curatorial. “Being in a hotel has given us exclusivity as opposed to being in Khan Market or Meharchand Market etc. It helps me control plagiarism,” says Ritu Kapoor, a crystal healer who has fashioned crystals into jewellery for Upstage Collect, along with her daughter Shubhi Kapoor.

With the ‘foreign hangover’ giving way to Indian luxury, it’s a moment to celebrate. Sahil Kapoor of Doux Amour handbags says, “It’s all about feeling proud of our history and culture. Get ready for a retail revolution.” The rules of sale are being rewritten. Being at a hotel eliminates ruthless competitiveness. When Janavi India was introduced by its owner, Jyotika Jhalani, at The Lodhi more than six years ago, the intention was to challenge the counter-intuitive belief systems about Indian luxury. Her pashmina shawl business began from her son’s bedroom, 21 years ago. With Janavi, Jhalani, who hails from Kashmir, is keeping her Kashmiri heritage alive.

When she started retailing at The Lodhi, it was only her. Later more brands were added. Today the shop where she retails out of is called  Epiphany, curated by Kalyani Saha Chawla. “Our hotel has a large share of foreign clients and they look to carry back something that represents India,” says Manish Sharma, the Hotel Manager.

Hotels are filling a void. As home labels are increasing, there is a dearth of upscale places to display them. Hotels are addressing this problem. “They’ve brought in a new dimension for shopping as most people staying in hotels are travellers, and this is a strong inception point for them to get to know Indian brands. I believe hotels have started recognising this,” says Gautam Sinha of Nappa Dori, who is also showcasing at Upstage Collect.

The philosophy of turning to one’s backyard to find limitless possibilities, and embrace innovation that upholds cultural standards, has brought a transformation. “Undoubtedly, foreign brands have been part of luxury hotels, reflecting their repertoire but with the advent of promoting ‘back to the roots’ idea, homegrown brands are preferred as they add cultural value instilling trust in their consumers,” says Vijay Wanchoo, Senior Executive VP and GM, The Imperial New Delhi. He stands inside The Imperial Boutique that houses Vayu, a curated concept store that presents unique object d’art from all over India. Whether it’s folk Dhodro Banam from Santhal tribe or wooden panels from Gujarat, the attempt at Vayu has been to encourage young Indian designers.

It’s not just about the products any more. It’s about their story. Take for instance, a beverage that’s strongly tied into India’s societal, cultural and political fabric—tea. Leveraging same is Indian Splendor, also at The Imperial Boutique, that exhibits the country’s fine tea drinking tradition.“Taking a holistic approach in promoting Brand India will help in the overall promotion of everything Indian. And the hotels that are in the forefront of such a shift in mindset will benefit the most,” says Arjun Batra, Director TeaCourt Pvt. Ltd. Indian Splendor.The homegrown story has just begun to be scripted. It really has come down to thinking globally but acting locally.