The first show comprised functional artworks as the Bengaluru audience was new to the art form.

In the second edition of ‘Bowl’d Over’, 13 artists across India are displaying their works in ceramic consisting mainly of bowls at Gallery Manora in Bengaluru. Curated by gallery owner and director, Gomathi Suresh, the exhibition is a result of her experiments with art. “Manora started as an interior design boutique and a ceramic studio. Later, when I moved to Sydney, I got a Diploma in Ceramic Art from Hornsby TAFE. We reopened as a gallery in 2017, hosting my teacher, acclaimed Australian potter Barbara Campbell. The next step was to get all the potters from Bengaluru to display their work and that led to the first edition of Bowl’d Over,” says the 58-year-old. 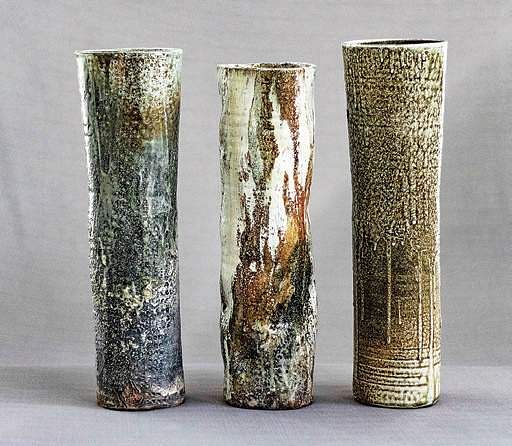 The first show comprised functional artworks as the Bengaluru audience was new to the art form. But pushing the artistic envelope in 2019, the gallery has allowed ceramic to be functional, semi-functional as well as sculptural, says Suresh. Of the 75 submissions that came in, Suresh selected 13 works that were a balance of emerging and contemporary artists. Part of the exhibit is the group comprising Anubha Jaswal, Mahima Singh, Srinia Chowdhury and Sejal Sethi. Auroville in Puducherry, which boasts some of the best names in ceramic art, has been represented by three artists—Adil Writer, Sabrina Srinivas and Saraswati R.

“Adil learnt under master potter Ray Meeker. His jar forms are landscapes on which he has put unfired clay with canvas as the backdrop and has unfired clay pored over it,” shares Suresh. Pointing to the crack that developed during the firing in Srinivas’s work and has been sealed with a touch of gold, Suresh says, “There is no such thing as an imperfect pot. The Japanese have this method called the Kintsugi technique, wherein broken pottery is repaired with lacquer dusted on it. Creating ceramics is often a serendipitous thing.”

Pune-based Ruby Jhunjunwala’s porcelain bowls at the show carry a whiff of the whirling dervish while Gukan’s bowl can be likened to a jigsaw puzzle. Mumbai-based Neha Gawand Pullarwar’s semi-porcelain hanging lamps refer to biometrics, the unique pattern derived from lines and dots to measure the life of living beings. Other artists part of the show are Japneeth Keith and Gary Hambleton.

Ceramic artist Srinivas adds, “Creativity is 30 percent of the job, rest is manual labour. You have to be both disciplined and know when to let it go. Each pot tells a story.”

Now we are on Telegram too. Follow us for updates
TAGS
Gallery Manora Ceramic Art Bowl’d Over