Emotions in the raw

The 15th edition of the META in Delhi will talk about conversations with God, the unending cycle of life, mental health and human psyche, and more

Conversations with God, the unending cycle of life, mental health and human psyche... these are some of the key themes around which centre India’s only national-level recognition and awards programme for theatre. The 15th edition of the Mahindra Excellence in Theatre Awards (META) in Delhi that were scheduled from March 13 to March 18*, will showcase a slew of plays on various subjects and languages from across the country. Nominated across 13 categories, the weeklong theatre festival is featuring five productions from Maharashtra, two from Kerala and one each from Assam, Delhi and West Bengal. 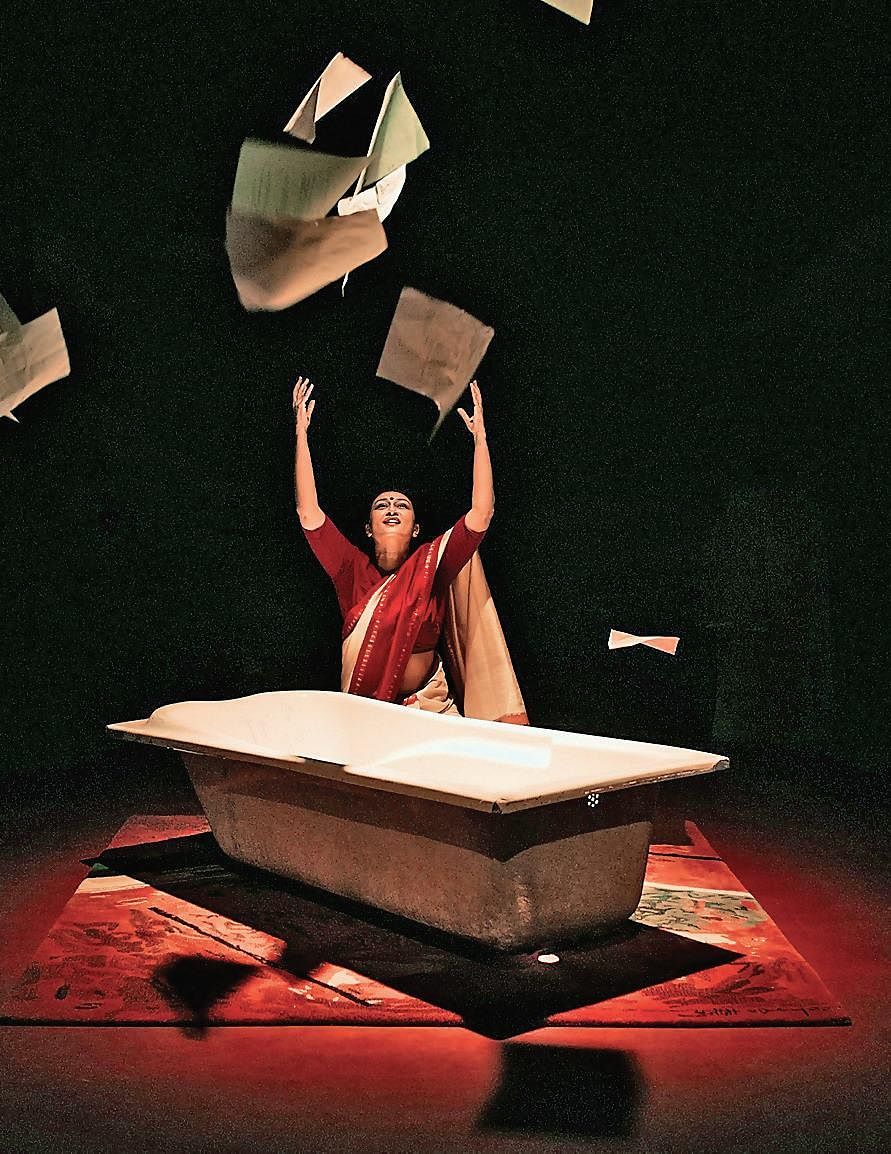 The jury for this year’s edition comprises stalwarts from the world of theatre and films such as Mahesh Dattani, Makarand Sathe, Shailja Kejriwal, Sushma Seth, Saurabh Shukla, Vinay Pathak and Lillete Dubey. Says Seth, who is a jury member at META for the third time, “I always look forward to META because it has brilliant plays from all over India—whether in English, Hindi or any other language. From hundreds of entries, just 10 plays are selected for the viewing of the public, and some of them are absolutely superlative performances.” Further, the META Lifetime Achievement Award this year will be conferred on renowned director, actor, set designer, writer, teacher and Theater Action Group’s founder director, Barry John.

Certainly, one of the plays to watch out for this season is seven-time nominated Pune-based Aasakta Kalamanch’s Hindustani play Chaheta (The Beloved) about a dysfunctional family misplaced in time. The play, which integrates elements from the Qur’an and the Genesis, attempts to question the sanity and sanctity of those who claim to converse with God. Says the play’s director, Mohit Takalkar, whose plays have been a part of META for five earlier seasons, “Chaheta invites people of all religions across the world to enter into the story and see it through their own faith and in turn question their religion, the burden of myths associated and the judgement handed over.”

In similar vein is Maze, a non-verbal play that delves into the blurred lines between memories and reality through the relationship between a servant and an old man. The play portrays the ‘repetitive’ aspect of human life—one with no beginning or end—but one that still considers death as its full stop. “The dead, however, continue to live within the minds of the living, and memory and reality cannot be separated—which raises the question—what is real? This moment ends with the next. Every relationship creates a circle from which the process of ‘coming out’ or ‘leaving’ is impossible,” explains director Sunil Kumar.

Another interesting one this year is Quasar Thakore Padamsee’s production Every Brilliant Thing, a moving story about love, life, family, mental health and all that makes life worthwhile. Originally written by Duncan Macmillan and Jonny Donahoe, the uplifting play has been adapted to an Indian context and is staged in a unique participative setting. While the story touches on depression, suicide and other facets of mental health, in its essence, it’s about a man and a list he started when he was a child, and how that list still impacts him today. “For a play that’s seemingly about deep, dark things, it’s incredibly light and fun, and wonderfully warm and life affirming,” says Padamsee. 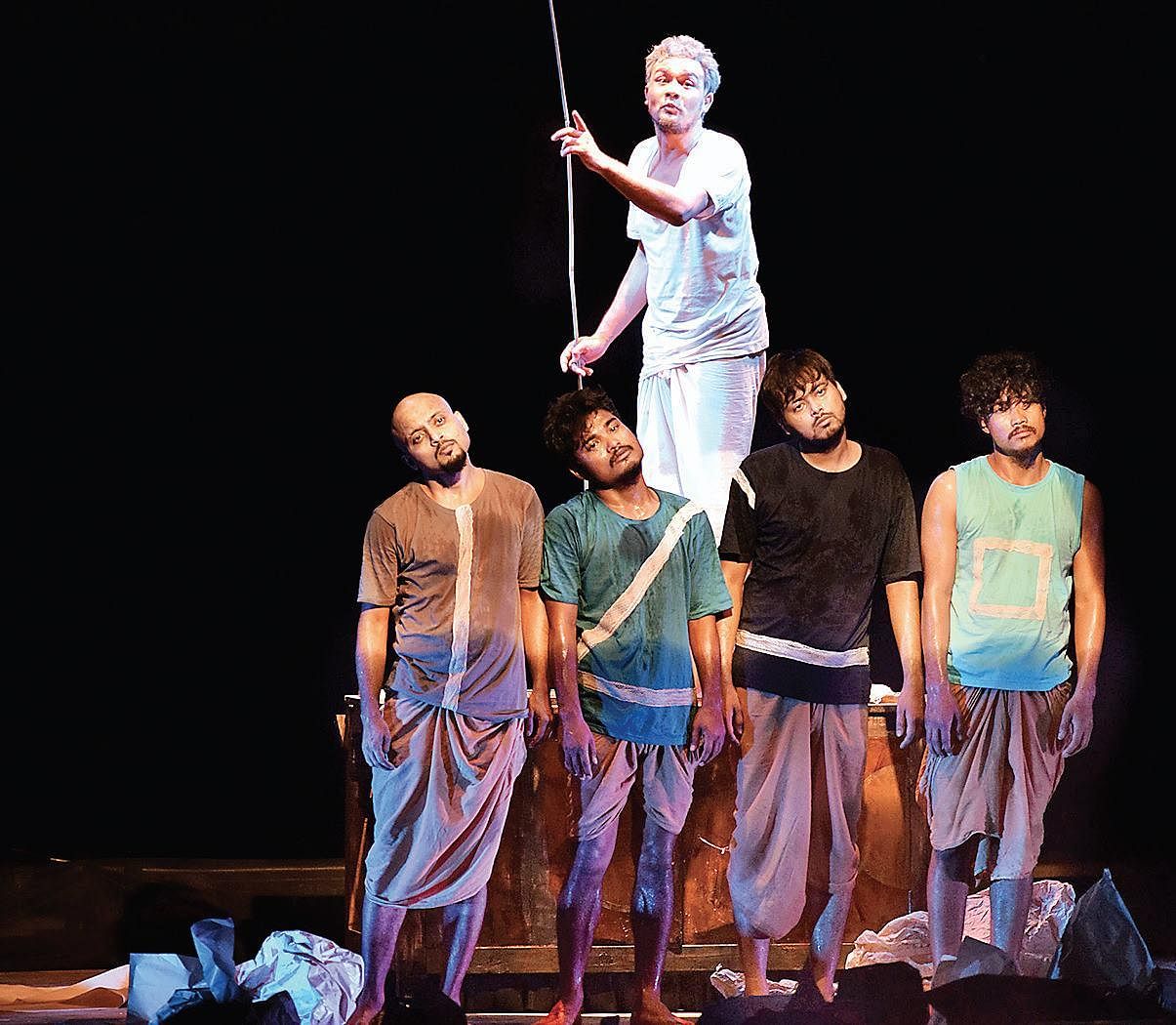 Further, Nikhil Mehta’s For the Record recreates the considerations and clashes that took place due to a 1971 incident when a tribunal was asked to select three artifacts that represent India to the world. Continuing with the patriotic theme is actor-playwright-poet Piyush Mishra’s Gagan Damama Bajyo, a musical based on the inspiring life story of one of India’s most celebrated freedom fighters and revolutionaries, Shaheed Bhagat Singh.

Among the regional language plays, there are two in Marathi: the award-winning musical, Ekadashavtar, directed by Ranjit Patil, which is a satire on life, relationships, politics and the myth of Lord Vishnu; and Mickey, directed by Suraj Parasnis and Virajas Kulkarni, a modern Shakespearean tragedy that explores the human psyche. Noted film and drama director Suveeran’s Malayalam play Bhaskara Pattelarum Thommiyude Jeevithavum, based on a novel by Paul Zacharia, is a powerful story about freedom from bondage.

The Bengali play, Ghoom Nei directed by Saurav Palodhi, consists of parallel stories of the struggles of workers from the lowest strata of society. The Old Man directed by Sahidul Haque, is an Assamese adaptation of the Ernest Hemingway classic The Old Man and the Sea, which deals with the eternal conflict between human society and nature.*For fresh dates and venue, visit www.metawards.com

Stay up to date on all the latest Magazine news with The New Indian Express App. Download now
(Get the news that matters from New Indian Express on WhatsApp. Click this link and hit 'Click to Subscribe'. Follow the instructions after that.)
TAGS
Theatre Awards Delhi