Despite these cases, government machineries as well as companies did not find middle-path solutions for women to work while ensuring their safety

Kudos to Amitabh Bachchan and Aniruddha Roy Chowdhury for delivering a strong message in the film Pink about women’s equal participation in society. With the mindset getting broader, laws are being developed which encourage women to work, including late night, by addressing the challenges they face. Several incidents in the past few years have led to the framing of  provisions which allow women to work late nights while at the same time ensuring their safety as well as making the employer accountable and responsible. 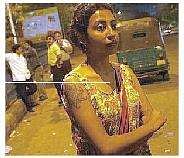 Pratibha Srikanth Murthy, a 28-year-old BPO employee, was raped and murdered by a driver in Bangalore in 2005. A three-judge Bench headed by then Chief Justice of India, K G Balakrishnan, inter alia held that the former managing director of Hewlett-Packard Global Software Ltd as the head of the company was responsible for the safety and security of his employees. In another case, while confirming the death sentence of two of the accused involved in rape and murder of a Wipro employee in Pune, the Bombay High Court said companies employing women in late-night shifts should ensure their safety. In another case, Soumya Vishwanathan, a Delhi-based journalist, was shot dead in 2009. She was found working till 3 am. Though  there wasn’t any serious penalty imposed with respect to the employer, it was  majorly after this case that issues relating to women’s working hours, exemptions, permissions and employers’ responsibility were raised. The Uber rape case too raised a lot of  fury and resentment.

Despite these cases, government machineries as well as companies did not find middle-path solutions for women to work while ensuring their safety. For instance, several state governments have propagated exemptions   under the Shops and Establishments Act, allowing companies to let women work beyond the prescribed hours subject to conditions such as providing free transport from home to workplace and back with security. Some notifications include additional conditions such as employment on rotation basis, adequate number of security guards, sufficient rest rooms and washing facilities separately for women employees. A few companies also have guidelines such as hiring drivers from verified agencies, collecting biodata and pre-employment screening of the drivers to be carried out by service providers, company supervisor scheduling the pickup and drop facilities, not disclosing phone number and address of women employees to unauthorised persons etc. According to some notifications, companies are also required to provide security guards at workplace and vehicles for night shift, especially when women are being picked up first or dropped last.

Though there has been a sea change with respect to  women working late nights, the mindset shown in Pink is a harsh reality. Since it will take time for such perspectives to mould, late nights may not be made obligatory, else it may make some women lag behind, especially the ones from a conservative background. Also late night working may not be a great proposition for construction sites and factories, more so in remote areas. At workman level too, companies may not make it proportionately lucrative. Implementation of provisions in regard to smaller companies and smaller cities too need a compliance check.Rather than notifications creating a hiring hurdle, big league corporates are implementing provisions, thereby supporting women for they understand that women still don’t live in a country where the mind is without fear.