Skilling the skilled key to win  face-off between man, machine

Is the automation scare real? It was and has been. Since the followers of the mythical figure Ned Ludd crashed machines in 1811, automation was a nightmare for the workers, but the economists had always predicted the replacement of the old jobs by the new. 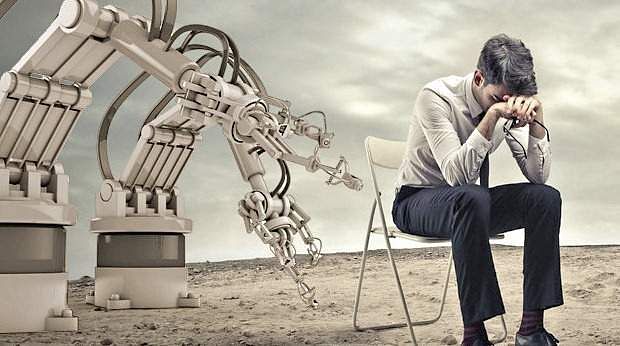 Indian IT sector, which employs more than 2.5 million people directly and is harnessing the much-needed foreign exchange also, is facing the next generation automation threat of robotics. It may lose 6.4 lakh “low-skilled” jobs to automation by 2021, says HfS Research. For the first time since 2009, campus recruitment for engineering graduates may decline by 20 per cent, fears NASSCOM. Many suspect deindustrialisation due to the application of artificial intelligence. In this scenario, the “creation of millions of jobs” under the Make in India initiative may remain a pipe dream.

Both short-term and long-term methods are to be sought out. Asian giants like India and China can even compete with the developed nations in the creation of high-end robotics though it may not bring as many jobs. The real challenge is to skill the skilled in the state of the art. This can be done in a campaign mode which may be fascinating to the captains of the present regime. The Indian industry must think about this task seriously since only with a highly skilled labour force can it sustain in the competitive world of production. The long-term route may be an uphill task. In future, new automation will end the advantage of Asia’s cheap labour. High-quality education from the bottom level is going to be the cornerstone of the new ‘industrial revolution: number 4’.

India falling under the latter category will need a giant leap in education quality, which is an essential pre-requisite to catch up with the developed world in production (which Asian giants are enjoying to an extent now). All the three tiers of governance have their own roles to play, but Government of India should take the call. cpjohn.kerala@gmail.com

Stay up to date on all the latest Voices news with The New Indian Express App. Download now