The Congress and NCP are busy mustering support from Opposition MPs to impeach Chief of the Supreme Court, Justice Dipak Misra.

No institution in India seems safe in the hands of our unscrupulous politicians. Parliamentary discussions have already been gutted by unruly MPs. The executive has lost its bite, respect and neutrality, largely due to political interference. And now, the Congress and NCP are working overtime to undermine the judiciary. In a sinister move, they are busy mustering support from Opposition MPs to impeach Chief of the Supreme Court, Justice Dipak Misra. Their charge is that Justice Misra abuses his authority to arbitrarily assign cases to select judges so that they tailor judgements to suit his objectives. Nothing can be more bizarre.

If the Congress has its way, we may soon have judges impeached for refusing leave to their colleagues or making them work during vacations. The inspiration for the charge came from the four Supreme Court judges who had complained to the media in January this year that Chief Justice Misra regularly allotted important and sensitive cases to their junior colleagues. A judge can be impeached by the Parliament if he is unfit to hold office due to medical disability or misuses his authority to profit his cronies and family members. The case of Justice Pardiwala of the Gujarat High Court was different. He was threatened with impeachment because he lamented while delivering a judgement that India’s growth had been stifled by two national shames—reservation and corruption. He did not realise that over the years, both ‘shames’ had become pillars of Indian democracy and that he enjoyed no freedom of expression to talk about them irreverentially. 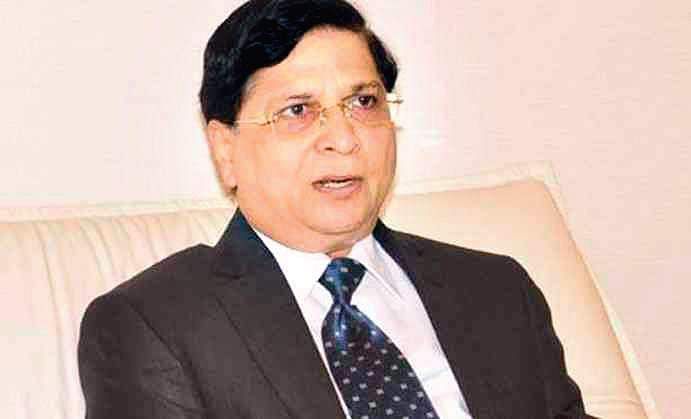 Chief Justice Misra has not committed any such indiscretions. Unlike judges who earlier faced impeachment threats for corruption and moral turpitude, his record is squeaky clean. He also has no reasons to worry, for the impeachment process is very tortuous. It requires 100 MPs in Lok Sabha and 50 in Rajya Sabha to move the motion and two-third members in both Houses to carry it through. The Congress and NCP neither have numbers nor a winnable case. Yet, they are desperate to impeach him.

The Congress actually stares at a comprehensive defeat in the forthcoming Parliamentary elections, if Chief Justice Misra delivers a verdict favouring construction of Ram temple in Ayodhya. He has already dropped broad hints to this effect; hearing in the case will not be postponed any further, he will judge it purely as a matter of land dispute and only original petitioners will be heard. Congress is mortally afraid that BJP will project the judgement as a victory of its years of struggle to restore Lord Ram to his birth place, start constructing the temple at a furious pace involving millions of Hindus from India and abroad and carry the triumphal mood right up to 2019 elections.

To prevent this electoral catastrophe, the Congress and NCP have launched a smear campaign against Justice Misra. The idea is to put him on the defensive so that he hesitates to take an early decision and leaves the case to be settled by his successor out of sheer disgust. They know that he had once succumbed to the pressure of human rights activists when he held a midnight court on July 30, 2015, at his residence to hear a petition seeking delay in hanging terrorist Yakub Memon by 14 days. He, however, held his nerves and upheld the death warrant.

Congress is also upset that he has rejected demand for an independent inquiry into Judge Loya’s death and thus denied them of a chance to fix Amit Shah, the BJP national president. Loya, then a CBI court judge, was handling the Sohrabuddin encounter case in which Shah was an accused. Shah was later discharged by the court, but the Congress would not let the deceased rest in heaven. Justice Misra’s hearing of the Aadhaar case also riles the Congress no end. Known for his reservations on unbridled freedom of expression and absolute right to privacy, the Congress apprehends that he may take the wind out of its sustained negative propaganda against the NDA by upholding Aadhaar’s usefulness for welfare and security purposes.

The Congress-NCP bluff and bluster needs to be exposed. The deputy chairman of the Rajya Sabha must reject all moves to bring up the impeachment motion. The sham crusaders cannot be provided a platform to attack the Chief Justice of India for silly reasons when their own credentials to sit in judgement are suspect. They are themselves no stranger to improprieties and acts of misdemeanour. Chief Justice Dipak Misra will surely have the last laugh, for his baiters carry no conviction.
amarbhushan@hotmail.com

Now we are on Telegram too. Follow us for updates
TAGS
Dipak Misra Supreme Court impeachment