Sensationalism in the name of news is dangerous for it’s easy to be fooled into knowing something, the difficult part is to understand.

Reading a passage from Ray Bradbury’s Fahrenheit 451 that was first published in 1965 where he talks about television being ‘real’ would either leave you amused thinking just how prophetic the author was or could scare you boundless for how little seems to have changed in over half a century.

Bradbury’s seminal classic describes a futuristic American society where books are outlawed and “firemen” burn any that are found, and says the following about television: “The television is ‘real’. It is immediate, it has dimension. It tells you what to think and blasts it in. It must be right. It seems so right. It rushes you on so quickly to its own conclusions your mind hasn’t time to protest, ‘What nonsense!’.” 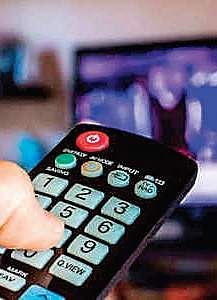 Bradbury wrote Fahrenheit 451 as a commentary on how mass media reduces interest in reading literature but considering the times we live in, it is doing more than that. Following the February 14 Jaish-e-Mohammed fidayeen attack on a CRPF convoy in Pulwama that left 44 Indian soldiers dead, most television news channels bayed for blood. There is no denying that the national emotions were running high and it was only natural for citizens of a nation that have been at the receiving end of a proxy war conducted by a neighbour that as a national policy believes in causing loss of life in India to ask for a befitting reply. Yet the fashion in which many news anchors assumed the mantle of judge, jury, and executioner was nothing less than appalling. The constant white noise emanating from most news debates, where everyone was urged to shout louder than the next person, offers a greater emotional bounty to the one who would teach Pakistan a lesson and this showed a committed effort from media to not allow the average citizen a moment to think.

As someone who grew up in an era where television, at least 24x7 news channels, were not as omnipresent or potent, I belong to a breed that does not disregard what is presented as news. In fact, many like me have to still, at times, remind ourselves of concepts such as ‘fake news’ because, for a lot of Indians, the written word (read a newspaper but also include mass media) still persists. In that sense, a television news channel is nothing less than an extension of same and consequently, anything transmitted on the airwaves is still of great value.

One of the great chroniclers of our contemporary history who uses certain non-fiction facts to augment storytelling, Dan Brown, wrote in Angels & Demons —the media is the right arm of anarchy. He might not have been too off. Some would say it’s not all that bad or it’s just TV, then do consider why a six-decade-old work of fiction makes more sense or a five-decade-old film, Dr. Strangelove or: How I Learned to Stop Worrying and Love the Bomb, where a trigger-happy American General refusing to comply with the US President gives the go-ahead to drop the bomb on the then USSR, seems plausible thanks to the incumbent US President, Donald J Trump, merrily tweeting about bombing North Korea in response to their threat to bomb the US. Sensationalism in the name of news is dangerous for it’s easy to be fooled into knowing something, the difficult part is to understand.

Now we are on Telegram too. Follow us for updates
TAGS
Ray Bradbury Fahrenheit 451 Television