About ten-twelve tweets were posted in a matter of ten minutes at around 10.10 am on Thursday.

One such tweet went on as "Coming up is a full dump of inc.in congress emails, stay tuned for Christmas special. We have enough info to drop your party down to shreds." The others had several expletives revolving around corruption.

The Congress has, meanwhile, filed a complaint with the Cyber cell of Delhi Police on the hacking of its Vice President's twitter account.

The complaint was filed by party's chief spokesperson Randeep Surjewala, demanding strict action against those behind the hacking.

After the hacking, Congress raised questions on the digital safety of all Indians and said it reflects disturbing insecurities of the prevalent "fascist culture" in the country. 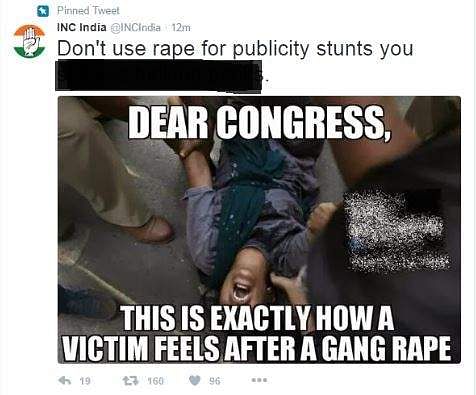 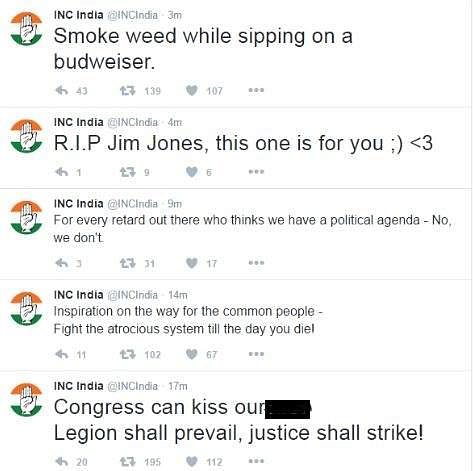 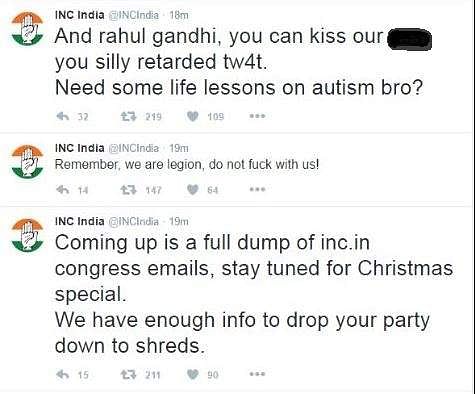 Earlier in the day, despite all the "tailor-made" abusive tweets  being removed, Rahul Gandhi's acccount had posted yet another trolling tweet.

Now we are on Telegram too. Follow us for updates
TAGS
Rahul Gandhi Congress Vice-president Cyber bullying