Will it help solve the terrorism problem in our country?

On the question of demonetisation as a weapon against terrorism, Karnataka was again very enthusiastic with 62 per cent of the respondents saying that it will curb militancy and only 16 per cent disagreeing with that proposition.

Odisha (57%) and Andhra (49.3%) were the other states positive to this notion.But Kerala was the most blasé about whether demonetisation will work against terrorism. 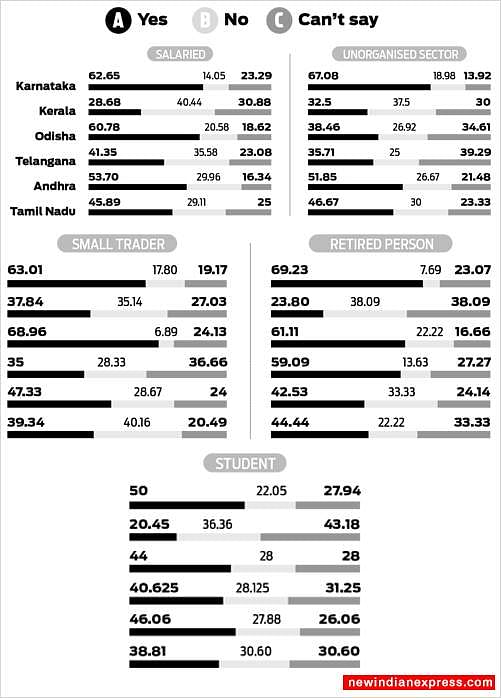 One remarkable point about this question was the high proportion (24%) of people who had no view one way or  the other.This could be a reflection of the uncertainty about how black money relates with terrorism.