Twitterati shocked and elated over Akhilesh's expulsion; janta thinks he has a bright 2017!

Mulayam Singh in an unexpected turn of events also  accused Ram Gopal of damaging the future prospects of Akhilesh Yadav.

The Uttar Pradesh politics is turning out more like the soap opera "Kyunki Saas Bhi Kabhi Bahu thi" by the day. Senior Yadav proved it to junior Yadav that he too was the Chief Minister once upon a time, in the UP land.

Also expelled was party General Secretary Ram Gopal Yadav who had, earlier in the day called for a national convention or an emergency meeting of the Samajwadi Party on January 1.

"I am expelling both Akhilesh and Ram Gopal Yadav from the party for six years," Mulayam Singh told reporters at a hurriedly-called press conference here.

He also accused Ram Gopal of damaging the future prospects of Akhilesh Yadav.

Asked who would be the new Chief Minister of Uttar Pradesh, Mulayam Singh: "We will decide that."

While the internet is slowly reacting towards this ghastly move, here's what Twitterati thinks about this: 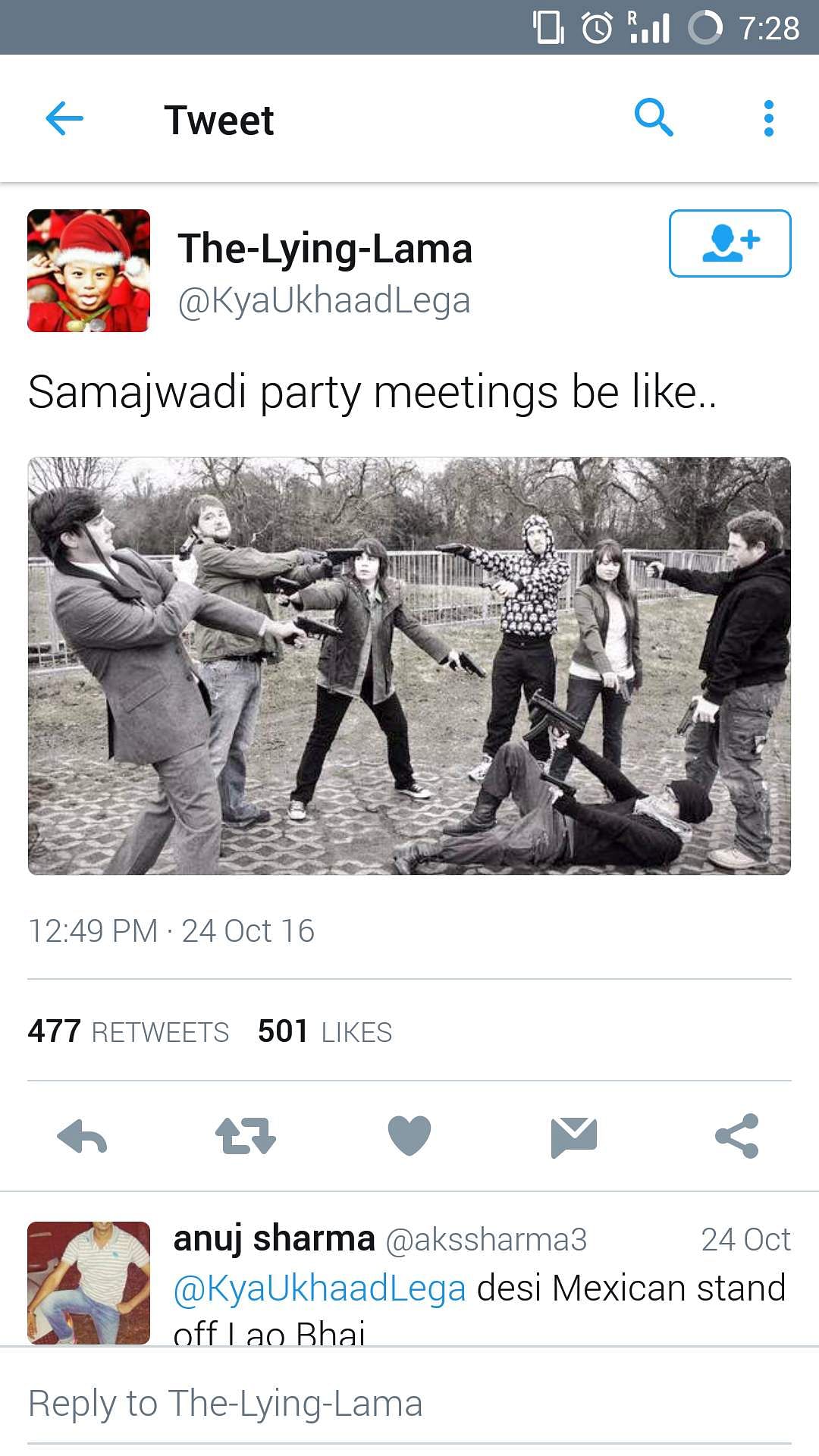 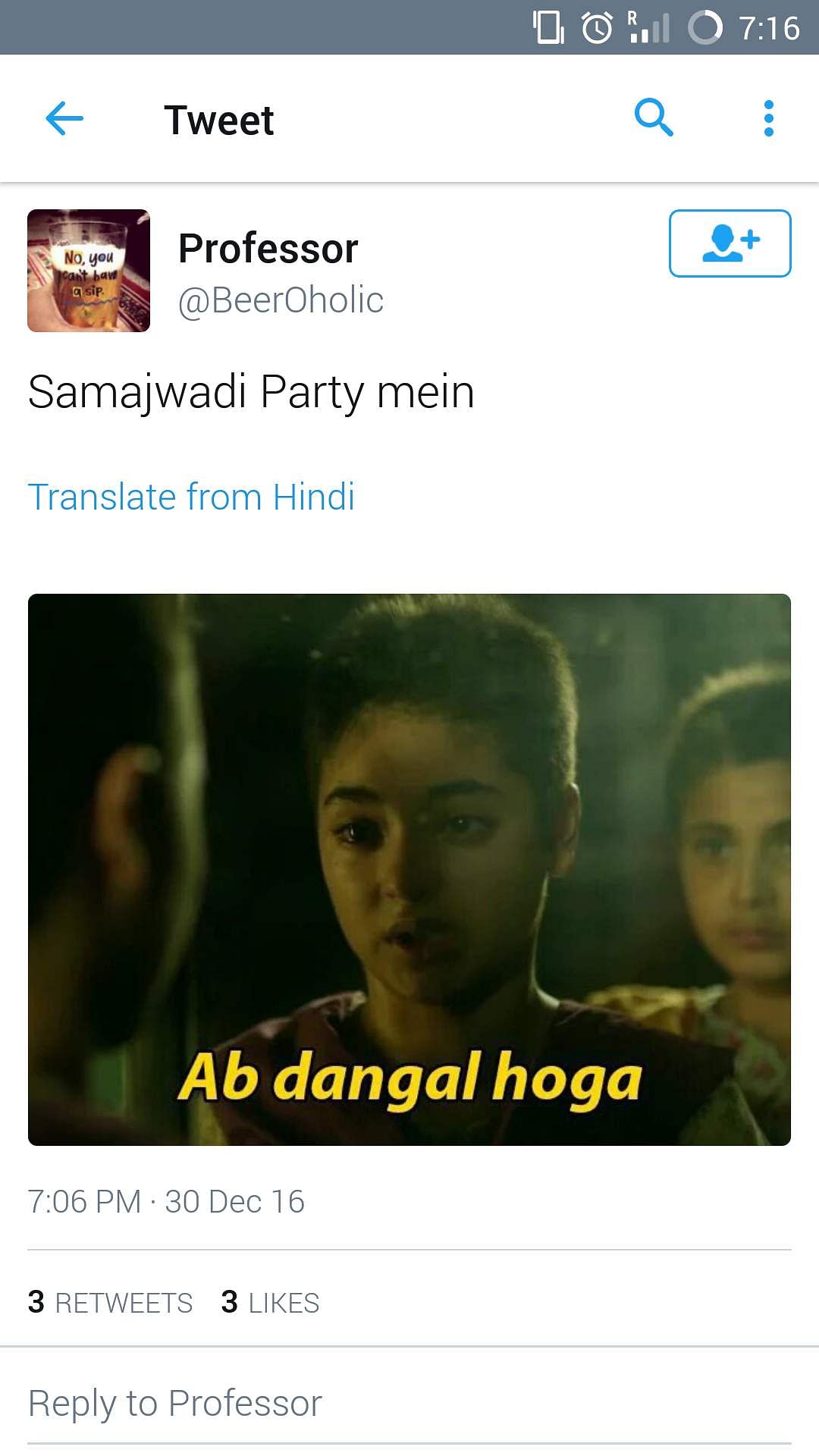 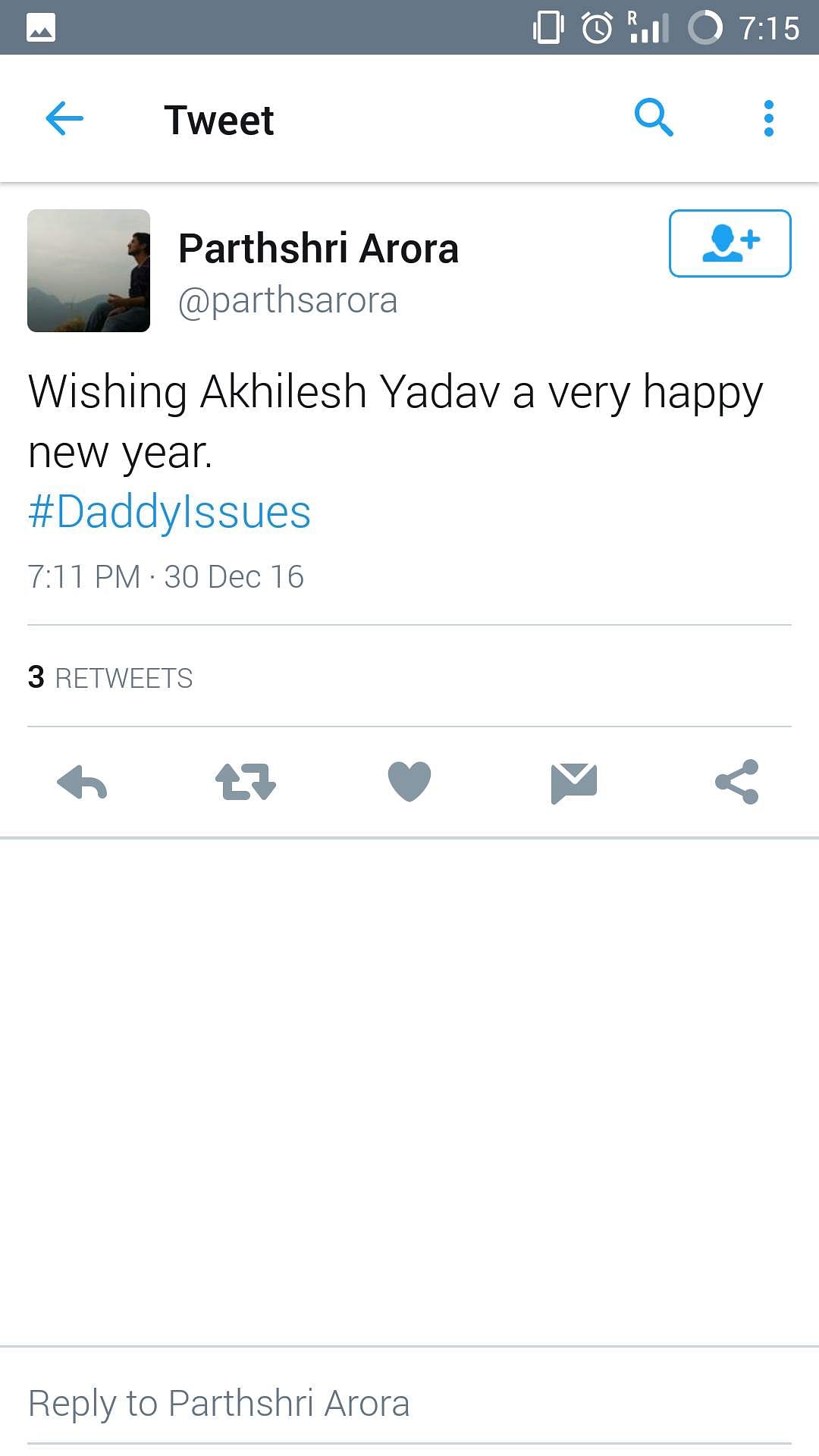 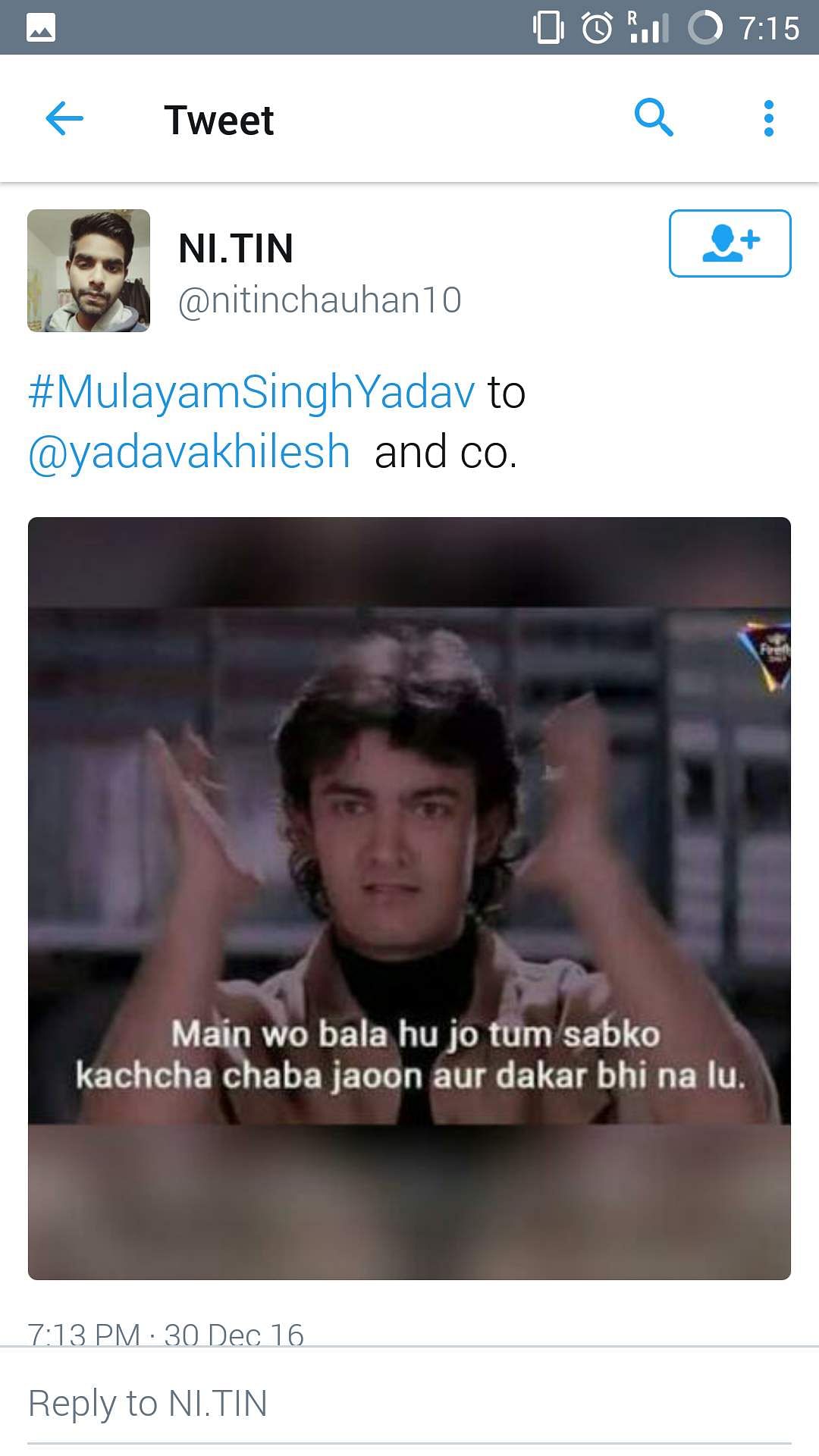 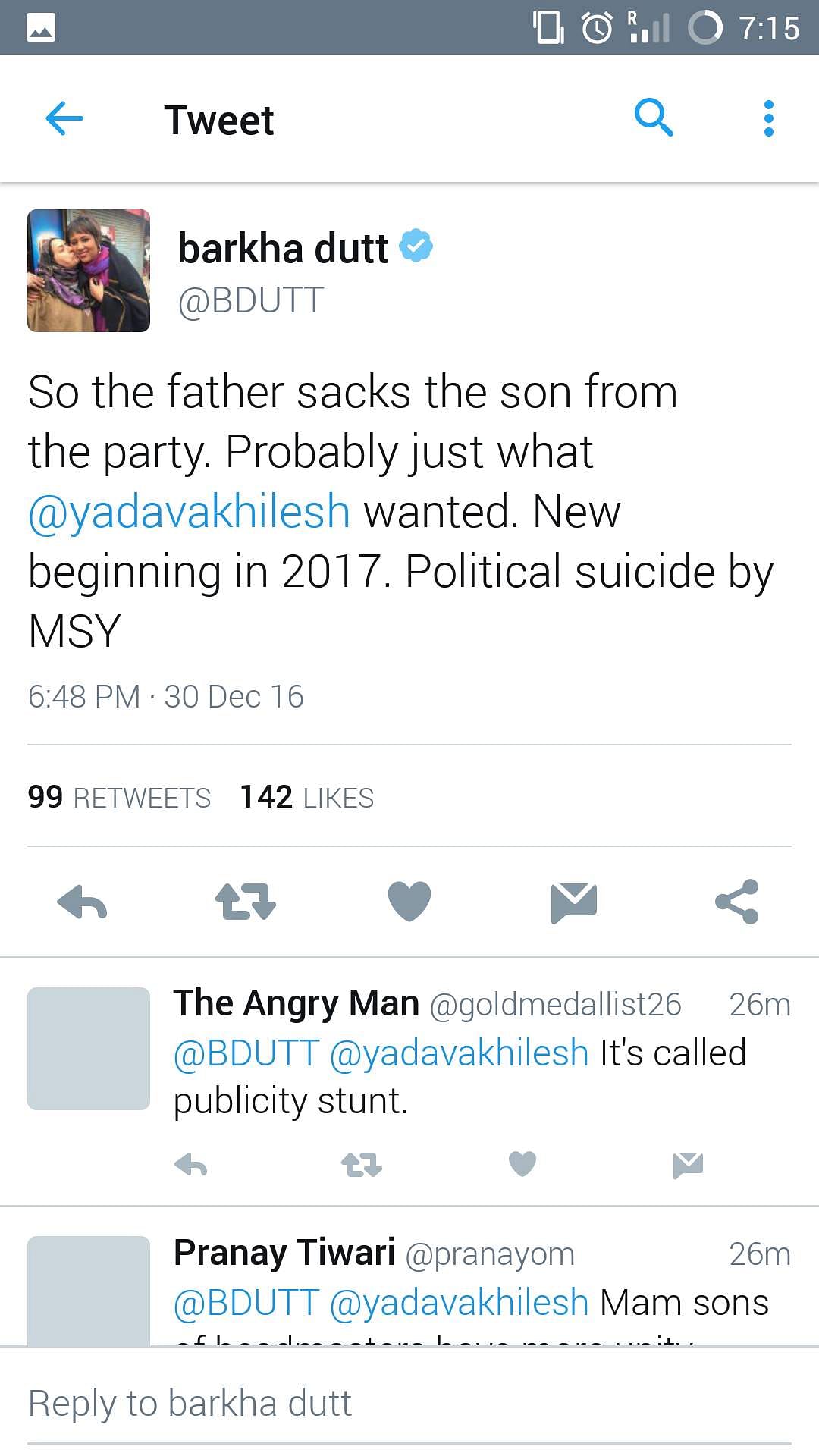 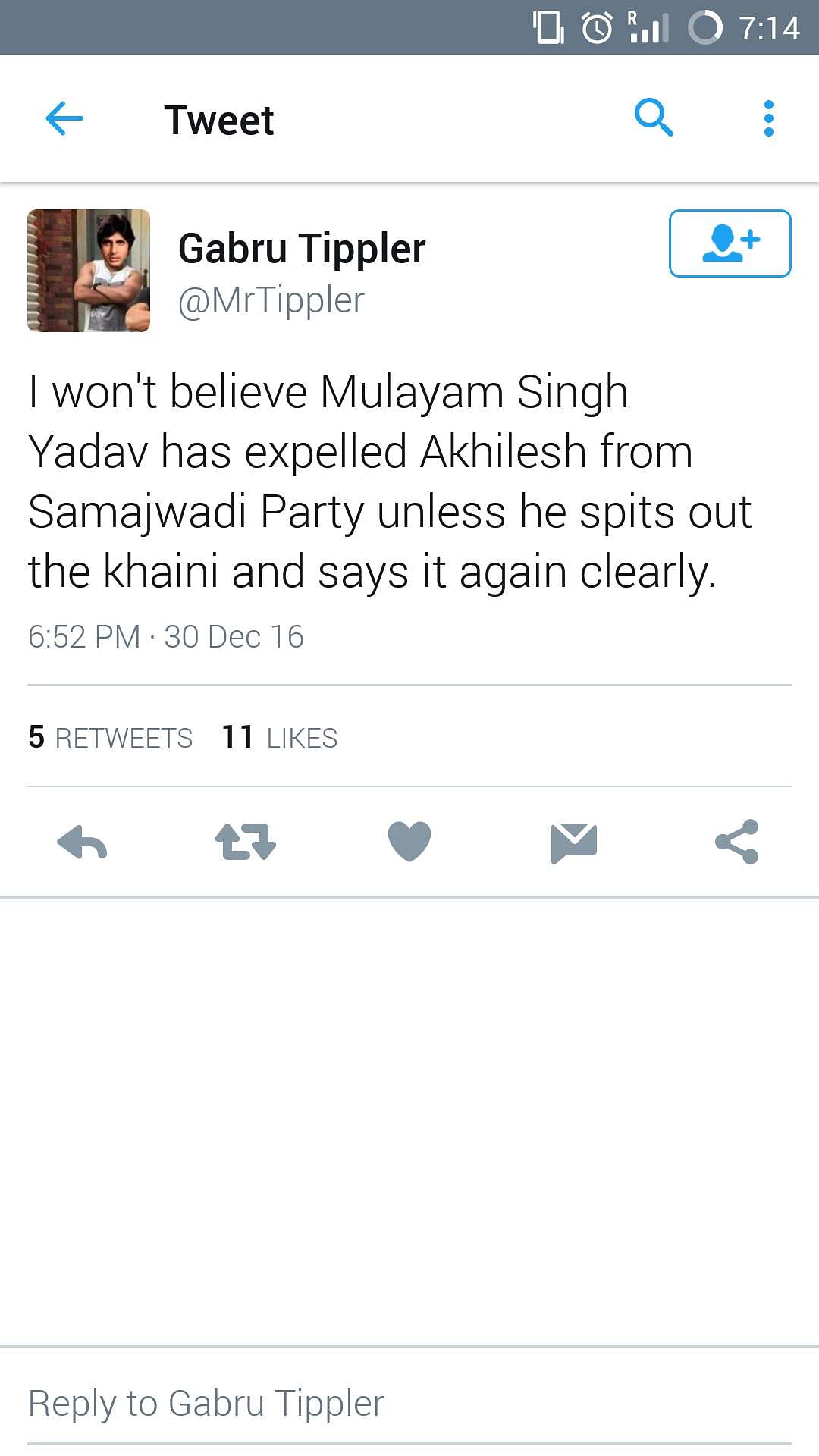 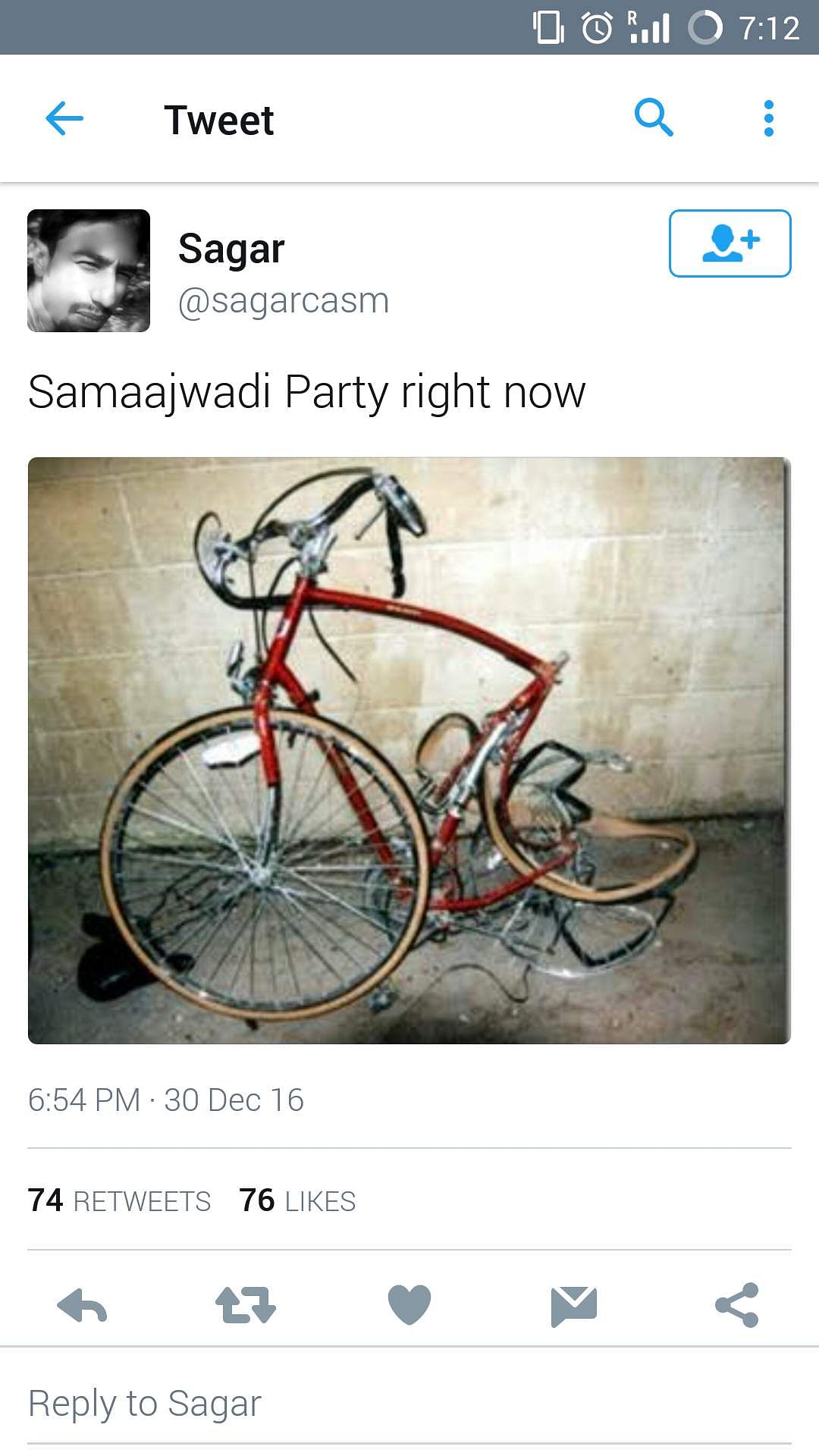