NEW DELHI: The Supreme Court on Monday initiated a scrutiny of “deleterious” effects of radiation emanating from mobile towers and sought a report from the Centre on several aspects including steps taken to enforce standards for such emissions. 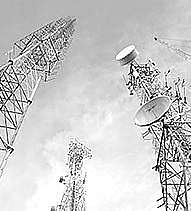 “What are adverse impacts of such mobile towers? Is there any agency to monitor? Have you (Department of Telecom) got a system in place to enforce the standards, if any, for radiation from such towers,” a bench comprising Chief Justice T S Thakur and Justices C Nagappan and A M Khanwilkar asked.

The bench directed Additional Solicitor General P S Patwalia, appearing for the DoT, to file a report apprising the court about issues including the effects of radiation and steps taken to contain them.

During the hearing, the bench asked DoT how it has been enforcing standards for emission of radiation from these towers.

On being pointed out by lawyer Prashant Bhushan, appearing for a Noida resident, that such towers have been installed in residential areas and near schools, the bench wanted to know from the government whether there were any regulations on the issue and if yes, what are those.

“How many violations of regulations have been reported,” the bench asked and sought information from DoT about the action taken so far against the violators.

The apex court also asked the government to set a time-frame to make all phone service providers “fully compliant” to radiation standards and norms.

“I need some time to respond,” Patwalia said. The bench then posted the batch of petitions, including the one filed by Noida resident Naresh Chand Gupta, for further hearing on October 17. Besides the Centre and DoT, the bench had also issued notices to Department of Telecommunications (DoT), New Okhla Industrial Development Authority (NOIDA) and M/s Indus Towers Ltd, the firm which has installed some mobile towers in Noida.The bench had then tagged the PIL filed by Gupta with other similar pending pleas on the issue.