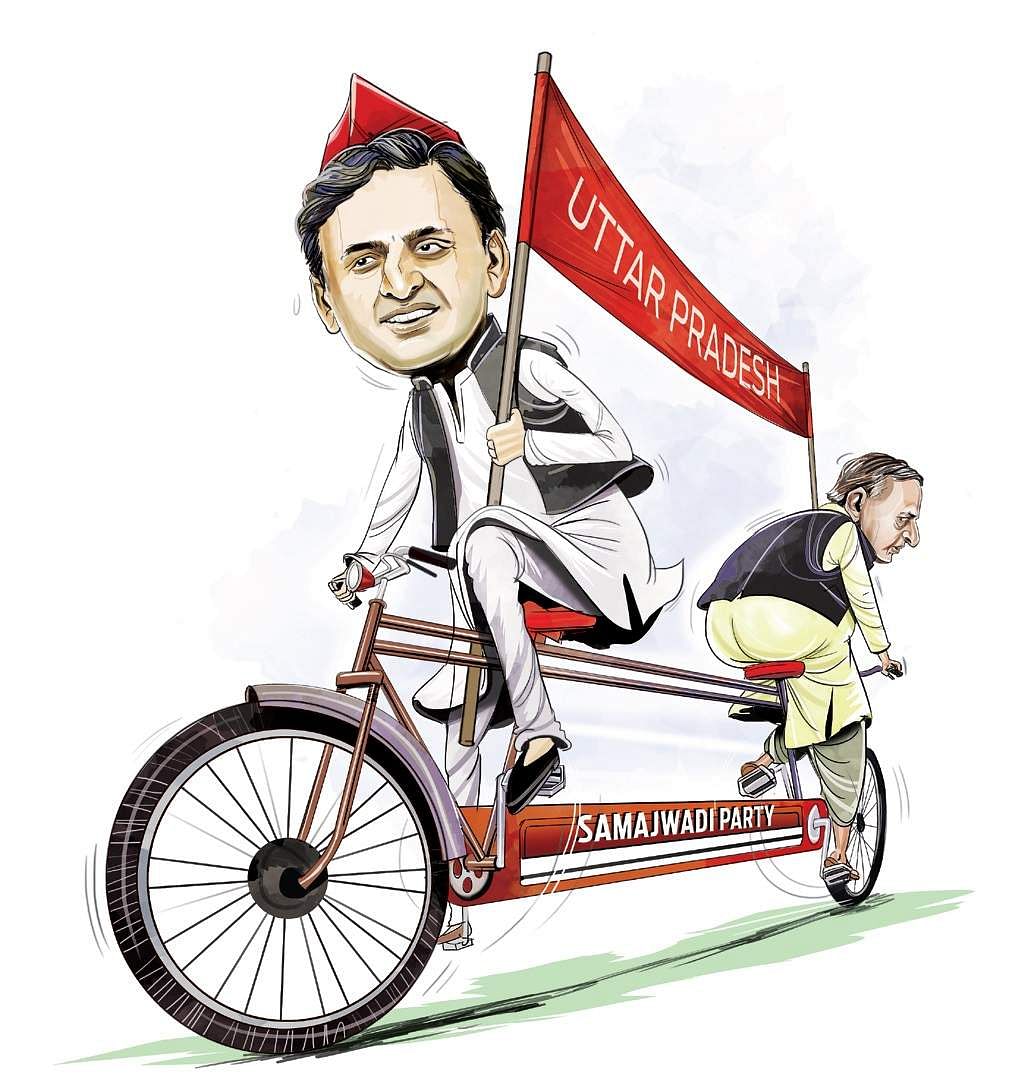 NEW DELHI: Just months before the Assembly elections, the ruling Samajwadi Party seems to be imploding in Uttar Pradesh -- like a Diwali firecracker gone rogue. After a series of surgical strikes from the two camps led by Chief Minister Akhilesh Yadav and his father and party patriarch Mulayam Singh Yadav, the air was so roiled with tension and acrimony that, as of Sunday night, even a split looked likely.
The party’s biggest rival, BSP, must be watching with great interest as the internecine feud within the ruling Yadav clan, which has been playing out in fits and starts for weeks behind gated power bungalows of Lucknow, blows up again.

In a day reminiscent of the September fracas, each side fired cannonballs straight at the opposing camp. Things flared up after MLC Udhyaveer Singh was sacked for writing an open letter to Mulayam asking that Akhilesh be made the party chief. In retaliation, Akhilesh ousted Mulayam’s ‘trusted’ brother, his own uncle Shivpal Yadav and three other ministers -- Narad Rai, Om Prakash Singh and Sayeda Shadab Fatima -- from the Cabinet. And then, Mulayam sacked his cousin, the more suave Rajya Sabha MP Ram Gopal Yadav, from the post of national party secretary for six years. Worse, Shivpal, while announcing Mulayam’s decision to expel Ram Gopal, accused him of playing footsie with the BJP to split the party because he needed help in a CBI case.

Akhilesh, in retaliation, called out the  role of Amar Singh, terming him a “dalal” and saying it was he who was carrying out the BJP’s bidding, surrounding his father with dubious advisors. For good measure, even Jaya Prada was ousted from the State film council.