In a jolt to Hizbul Mujahideen, its three militants, including self-styled chief operations commander Yasin Itoo alias 'Gaznavi', were killed in an encounter.

SRINAGAR: Three Hizbul Mujahideen militants, including a top commander, were killed after an 18-hour-long gunfight in Shopian district of south Kashmir on Sunday. Two soldiers were also killed in the encounter and three others suffered injuries.

The slain militants were identified as Mohammad Yasin Itoo alias Gaznavi, the operational commander of Hizb, his associates Umar Majid Sheikh and Irfan ul Sheikh. Itoo, whose death is expected to be a major blow to militancy in the Valley, figured in amry’s list of the 12 most wanted militants. 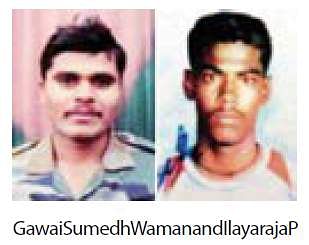 A tech-savvy man, Itoo hailed from Budgam district in central Kashmir and has released several militant videos. In one such clip released last month, Itoo warned security forces of repercussions. He joined the Hizb in 1996 and was active till he was arrested in 2007. He returned in 2015 and rose to prominence after the death of Burhan Wani.

The deceased soldiers were identified as 25-year-old sepoy Ilayaraja P of IIayangudi, of Tamil Nadu, and sepoy Gawai Sumedh Waman, 25, of Akola, Maharashtra. Ilayaraja, who joined the army in 2012, is survived by his parents, sister and wife, who is reportedly pregnant.

Jammu and Kashmir director general of police, S P Vaid said while the security personnel were conducting combing operations, they came under heavy volume of fire from militants hiding in Awneera village of Shopian district. Sources said militants fired heavily on the search party from some houses in the cordoned area.

“Five army men were injured in the militant firing. They were evacuated to army hospital in Srinagar, where two of the critically injured soldiers succumbed to injuries,” they said. Three other injured soldiers were undergoing treatment in the military hospital. The deceased soldiers were identified as sepoy Ilayaraja P of Tamil Nadu, and sepoy Gawai Sumedh Waman of Maharashtra. Waman had joined the army in 2011. He has left behind his parents, brother and sister.

A police officer said after suffering casualties, more security personnel were rushed to the area to tighten the siege and prevent militants from escaping. He said the militants continued to engage the security forces by continuously changing their positions.

The area rattled with blasts and gunfire throughout the night. A police officer said the security forces launched the final assault on militants early on Sunday morning by targeting their positions with heavy gunfire. Four houses were blown up by using explosives to flush out the militants, he said. The militants, he said, rained bullets on security personnel after coming into the open and three Hizb militants were killed in the encounter that continued until 11 am.

As the encounter was raging, youth of the area took to the streets and staged protests. Chanting pro-freedom and anti-India slogans, the protestors tried to march towards the encounter site to facilitate the escape of the militants. However, the police and CRPF men prevented the protestors from reaching the encounter site by firing tear smoke shells, pellets and resorting to heavy baton charge. The cops also fired in the air to disperse the stone-pelting youth. At least a dozen people sustained injuries in security forces action.

2 cops, army jawan injured
Militants fired from AK-47 rifles towards security men during a cordon and search operation in Kochak Mohalla Hajin area of north Kashmir’s Bandipora district on Sunday morning.
Two policemen identified as Mukhtiyar and Fayaz Ahmad and sepoy Raj Kumar were injured in the attack. They were hospitalised.

Sources said the police, army and CRPF men had launched combing operations in the area after receiving inputs about presence of three militants there. The militants, however, managed to escape after attacking the search party, they said.

Civilian succumbs
A civilian identified as Imtiyaz Ahmad Mir, who was injured in an explosion at Dalgate area of uptown Srinagar on Saturday evening, succumbed to injuries at a hospital.