After UP, now three children dead in Chhattisgarh's biggest government hospital for lack of oxygen

Three children have died at Chhattisgarh's largest medical faciltity in capital Raipur due to lack of adequate oxygen.

RAIPUR: At least three children have died in the early hours of Monday, reportedly due to poor supply of oxygen in the state-run Bhimrao Ambedkar Memorial Hospital in Raipur.

The officials rule out disruption of oxygen supply as being the cause of death but admitted that a drop in oxygen pressure for some duration around midnight was reported owing to negligence by a staff operator who was found drunk on duty.

State health secretary R Prasanna said oxygen pressure was low and the misconduct of an operator-mechanic is to be blamed but he ruled out any disruption in the supply of oxygen to the neo-natal intensive care unit and paediatric ward.

“The chief medical officer and the hospital superintendent after getting the information about low oxygen pressure rushed to resolve the problem. The death of children was due to illness,” Prasanna claimed.

Chief Minister Raman Singh has expressed shock over the incident. “Any irresponsible act that causes the death of children is an extremely serious issue. I have asked the health director to immediately look into it. Anyone found guilty will not be spared,” the chief minister said before leaving for New Delhi.

Bhimrao Ambedkar Memorial Hospital in Raipur is the biggest government health care facility in Chhattisgarh. The staffer who is alleged to have been drunk on duty has been taken into police custody. 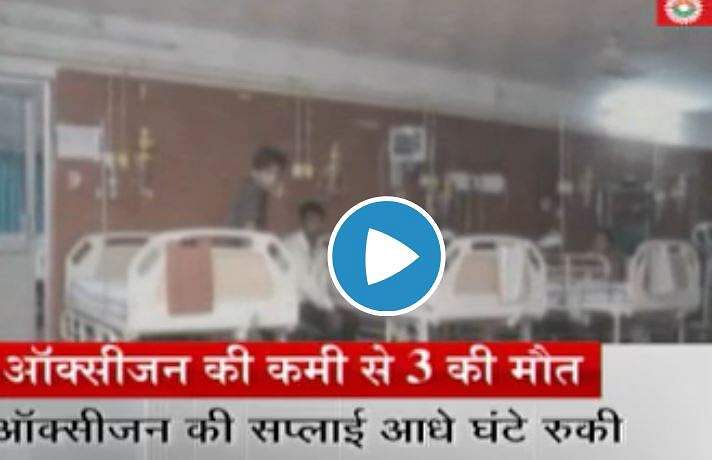