The Eyeball War: Soon it will be back to sugar and salt at Nathu La

Through the 72-day standoff at Doklam, Nathu La traders reckon they become the collateral damage in a contest they know would never flare into a war.

SERATHANG (EAST SIKKIM): Nobody here is asking the question everyone else is asking: Who blinked first in the Doka La eyeball match? Here on the Sikkim front, trade through the Nathu La pass counts for more than bragging rights.

Through the 72-day standoff at Doklam, Nathu La traders reckon they become the collateral damage in a contest they know would never flare into a war. With the pass shut since mid-June and the annual winter closure coming up at the end of September, they have copped more losses than most in all this. “I knew the Chinese would never fight a war with India in Sikkim,” Ongmo Bhutia, a trader, said. 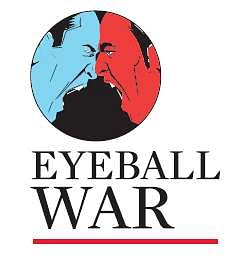 “Tibet needs our sugar, kerosene and vegetables. While they can produce low-quality salt, they can’t do without sugar, vegetables and rice, which they can’t grow on the arid plateau.” Reopened in 2006, 44 years after the 1962 war, Nathu La is a focal point of trade along the Silk Route from the Himalayas to the Tibetan plateau.

While sugar, kerosene, fresh vegetables, tobacco, watches and spices are chief among the 29 listed exportable items from India to Tibet, clothes, yak hair, goat and sheep skin, butter and raw silk top the list of 15 items allowed to be imported from China through Nathu La.

As fresh supplies have been blocked somewhere on the other side of the pass, the traders here have a deficit inventory of warm Chinese jackets. So Ongmo Bhutia lends out his old stock on hire at `100 per jacket per day to the few tourists still visiting eastern Sikkim. Many of Ongmo’s friends had taken their stocks to Siliguri to survive the winter.

“We buy a Chinese jacket for `1,500 and sell it at `4,500 to tourists in Gangtok. But due to closure of the Nathu La and a bad tourist season, we now have to travel to Siliguri to make the same profit. We need the money to sustain during the harsh winter when we will have no source of income at all,” said trader Diki Sherpa. “Peace between India and China is very important for trade to flourish,” he added, speaking like an MEA diplomat.

Some of the older traders here still remember what it used to be like before the last time the two Asian giants actually fought rather than glared at each other. “The Silk Route was only a mule track before the 1962 war,” said Palsang Dorje, an 82-year-old Silk Route trader. In those days they used to remove the wheels of jeeps and the chassis would be hauled by 16 strong Tibetans all the way from Kalimpong to Lhasa. Back then, it took 25 days by foot from Kalimpong to Lhasa through Nathu La. But after the 1962 war, the Sikkimese people built a motorable road from Kalimpong to Nathu La through Dzuluk and Gnathang. The 1962 war in Arunachal Pradesh had sent warning signals to the kingdom of Sikkim, then not a part of India, that border road links were a dire necessity.

Silk Route construction supervisor Sangmo Sherpa explained the ‘La’ in the Himalayan passes leading to Tibet. “The ‘La’ in the names of passes such as Doka La, Nathu La and Bum La means Lhasa, the capital of Tibet. The locals used to ask merchants where they were heading to and the answer used to be ‘Lhasa’. Duly, it was shortened to ‘La’ and that stuck to the passes that led to the Tibetan capital,” he said.

Another old-timer Prashant Rai narrated how he once made a fortune by importing gold and watches from Tibet during the barter days. “Sikkimese merchants used to import Rolex watches and pure gold from Tibet. We used to bring back thousands of silver coins and 135-140 biscuits of gold of four-inch thickness from Lhasa by trading rice, sugar, kerosene, cereals and jeeps. It was not treated as smuggling since we had to deposit the silver and gold at the Rongli check-post and the Kalimpong Sadar police station and could take them back to our villages only after providing details of the trade,” he said.

Now we are on Telegram too. Follow us for updates
TAGS
India China Nathu La Dokalam Border Standoff