NEW DELHI: The country’s top child rights body has recommended to the Centre that there is a need to assess and review special exemptions provided to minority educational institutions under the Right to Education (RTE) Act, 2009. The National Commission for Protection of Child Rights (NCPCR) has held that such institutions have failed to provide religious education to minority children.
The report was compiled by the NCPCR, a statutory body, based on inputs from the State Commissions for Protection of Child Rights (SCPCR).

“It was observed that there are some schools run by minority education societies that provide formal education but not religious education. Also, these schools are immunised from providing EWS (Economically Weaker Section) quota,” said the report. Following an order of the Supreme Court, minority institutions are exempt from mandatory provision of reserving 25 per cent seats for EWS children under RTE. The rationale was to provide equal opportunity to the minorities to conserve their language, script, and culture. 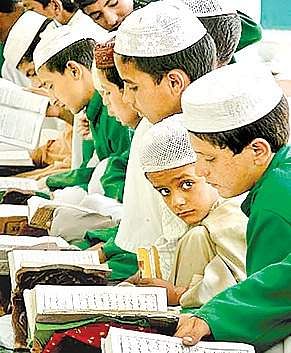 “Flouting the norms adulterates the spiritual and cultural aim of minority institutions and dilutes the fundamental objective of Article 30 of the Constitution,” the report emphasised.

Article 30 guarantees that, “all minorities, whether based on religion or language, shall have the right to establish and administer educational institutions of their choice”.Over 10,000 educational institutions run by six minorities — Sikh, Christian, Muslim, Parsi, Jain and Buddhists — are already recognised by the National Commission for Minority Educational Institutions (NCMEI). However, the number is expected to be much higher as the NCMEI was constituted only in 2004 and many are not recognised by it.

“The commission based on consultations with states feels that there is a need to review whether providing such exemption has helped getting children of minority communities to schools. We submitted the report to the Centre regarding this,” said Priyank Kanungo, NCPCR member.
“These (minority) institutions are meant to uplift minority communities. But there is a need to devise a pathway to ensure that the benefits reach the children,” the report added.

Now we are on Telegram too. Follow us for updates
TAGS
minority educational institutions