Can India, Israel relationship go beyond the 'arms' distance?

The Israeli prime minister will accompany Modi closely throughout his three-day trip - a gesture customarily reserved for US presidents.

Narendra Modi will make history when he arrives in Israel early Tuesday, becoming the first Indian Prime Minister to do so.  The three-day visit, aimed at commemorating 25 years of diplomatic ties between the two countries, is also historic because Modi will not be visiting either Palestine or an Arab State immediately before or after this trip.

“This marks a radical shift from the earlier visits by senior Indian leaders to Israel, who would always make it a point to visit Ramallah in Palestine immediately afterwards to reassure them about India’s motives and support for their cause,” said a senior foreign ministry official who requested anonymity.
“It was this concern over not just alienating Muslims in India, but also the Arab world --where a lot of Indians work, and where most of our oil and natural gas comes from--- which led to the delay in establishing a diplomatic relationship. Despite having formally recognised Israel in 1950, full diplomatic relations were launched only 1992, under (then PM) Narasimha Rao. But he too did so after convincing the PLO of India’s commitment to the Palestinian cause.”

India and Israel cooperate in a wide range of areas including agriculture and water conservation, science and technology, trade and investment. Both sides also view each other as victims of Islamist terror, and the largest area of cooperation is defence.

In a rare gesture usually reserved only for the US President or the Pope, Israeli Prime Minister Benjamin Netanyahu will personally receive Modi at the airport. After a meeting with Israeli President Reuven Rivlin, who visited India in November 2016, Netanyahu will host a banquet for Modi, and is expected to accompany him to most other events. These include a community reception on July 5, expected to be attended by over 4,000 Indians living in Israel, and later with Indian students there. 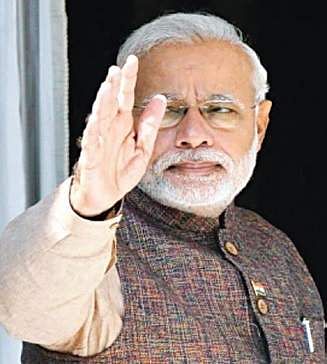 One can “expect mega defence and security deals, and perhaps some tie ups in water management and agriculture. But the thing to watch out for,” quipped a senior official, “is whether Modi will mention Palestine at all during his visit, bar the usual platitudes about support for a two-state formula.”

WATCH THIS: PM Modi gets a red carpet welcome in Israel

What PM told the Israeli media

“My visit comes at a special  moment- we mark 25 years of establishment of India-Israel relations this year,” Modi said on the eve of his visit. In an interview to pro-government daily ‘Israel Hayom’, Modi said his visit was “based on the deep centuries- old connection between our two peoples.”

The progress of a wary friendship

Now we are on Telegram too. Follow us for updates
TAGS
Narendra Modi Israel relationship