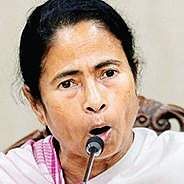 Mamata Banerjee burst out that the governor acted like a ‘BJP block president’ and humiliated her over the phone, while the governor maintained he couldn’t remain a mute spectator while the state burned.
According to Banerjee, Tripathi (83) called her up to discuss the law and order situation in Baduria in North 24 Parganas district which witnessed a communal flareup between two communities over a Facebook post on Tuesday. According to the Union Home Ministry, four companies of central paramilitary forces were deployed in the region in the evening.

After Mamata’s outburst, the governor, in a press release in the evening, said: “There was nothing in the talks for which the chief minister may have felt insulted, threatened or humiliated. The governor did say to the chief minister to ensure peace and law and order by all means.”
On Mamata Banerjee’s allegation that he was working at the behest of the BJP, Tripathi said: “The governor, being the head of the state, is guardian of all citizens of the state and not of any particular party or section of people. It is proper for the governor to bring to the notice of the chief minister any serious grievance made by the public or any serious event happening in the state. The governor cannot remain a mute spectator of the affairs in the state.”

A Facebook meme on Prophet Mohammad snowballed into a major communal flare-up in Baduria in North 24 Parganas district of West Bengal where angry mobs torched police vehicles, vandalised shops and houses and blocked roads leading to the border town.
Trouble erupted after Class X student Souvik Sarkar posted a derogatory meme on Prophet Mohammad on Monday morning. Though Sarkar was arrested by the police on that day itself, mobs went on the rampage around Baduria. “The situation is tense. Mobs have blocked several roads leading to the town. However, Baduria police station has not been gheraoed. Three police vehicles have been torched,” a source in the Baduria police station said.

On the law and order situation in Baduria, Mamata Banerjee said: “I cannot allow firing on masses. More than 100 people would have died if police had opened fire. The plan was to pacify the mob which is why it took time. Police could have worked swiftly. I won’t spare the people who set police vehicles on fire. I will make them pay from their own pockets for the damage.” She also issued a strict warning to leaders of both communities. “I warn the leaders of both the communities that I won’t tolerate these things. I was rebuked by the governor because of these community leaders. I could not sleep last night due to the violence.”

BJP workers led by general secretary Debasree Chowdhury held a demonstration at North 24 Parganas district headquarters Barasat after her car was stopped from entering Baduria, where she planned to meet the victims.The centre has rushed four companies of paramilitary troops to West Bengal to assist the local police, official sources said.“Following a request from the West Bengal government, we have rushed 3-4 companies of central troops to riot-affected areas in the state to help contain the violence and maintain law and order,” a senior Union Home Ministry official said in New Delhi.
(With inputs from New Delhi)