Teenage girls, not oxen, plough farmland in Madhya Pradesh due to money shortage

Money shortage has forced a farmer in the CM's home district to use his teenage daughters to plough his field.

BHOPAL: In another blow to MP chief minister Shivraj Singh Chouhan, reports emerged about a cash strapped farmer from the CM’s home district Sehore allegedly forced to use his daughters to plough his small agricultural plot.

Sardar Barela (45), a resident of tribal dominated Basantpur Pangari village in Nasrullaganj area, has been allegedly forced to use his daughters — Radha (15) and Kunti (13) — to plough the field due to lack of funds to hire oxen.

"Financial problems have seen my two daughters drop out of school. They are instead helping me plough the agricultural plot, as I don't have money to buy or hire oxen," said Sardar Barela on Saturday.

"We've already sent our team of officers to the village, after which it has come to the fore that the two girls are not ploughing the plot but instead being used by their father to pull the Kulpa that demands less effort to weed out unwanted plants from the field where maize has been sown recently, " said Sharma.

"We've cautioned the farmer not to use his children in such manner in fields again. Also, efforts are underway for help the farmer via suitable government schemes,” added Sharma. 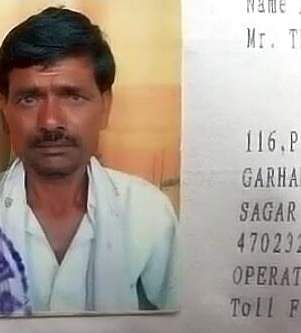 In a separate incident, a 47-year-old farmer identified as Tejram Patel allegedly committed suicide by jumping before a speeding train in Sagar district on Saturday evening.

Incidentally, Patel rang his son and informed him about the extreme step before killing self.

His kin alleged that Patel was under depression due to debt and loss of soyabean crop.  The Sanoudha police in Sagar district have filed a case under Section 174 of CrPc and investigations are underway.

More than 40 farmers have allegedly committed suicide in MP since June 8 due to debt burden and crop failure.

The farmers have been demanding farm loan waiver in the state and prices for produce which are one and half times of the input cost. On June 6, five farmers were killed when police opened fire on protesting farmers in Mandsaur district. The entire matter is now being probed by a single member judicial panel headed by a retired judge of the MP High Court.

Now we are on Telegram too. Follow us for updates
TAGS
Madhya Pradesh Teenage Girls farm plough land money shortage