SRI NAGAR: There were probably two groups of terrorists attacking the bus carrying Amarnath yatris on Monday, Kashmir government has said in its report to the Ministry of Home Affairs. One group, the report says, fired at the bus from the front, trying to kill the driver while the other attacked from the right side, killing seven passengers and injuring 19 others. Five of those killed were from Gujarat and two others from Maharashtra.

“When the bus kept on moving, the other group also hit from the right side at about 75 yards near Sumji Automobile Workshop near Khanabal,” said the report. At Khanabal, a Police party rescued the passengers and took them to the hospital. The report added that tyre of the bus got punctured soon after it left Srinagar at around 4:40 pm. The bus, as a consequence, missed the convoy that is guarded by security forces and was delayed by over two hours. The vehicle was travelling on the highway after 7 pm, well past Road Opening Patrol’s duty time.

Intelligence officials claim preliminary assessments suggest Lashkar-e-Toiba was behind the attack, and its Pakistan-occupied Kashmir-based operative Mohammad (Abu) Ismail was the mastermind.

Investigations have revealed that some local Kashmiri militants were also accompanying Ismail during the attack. State police are probing if the local militants belonged to LeT, Hizbul Mujahideen or Zakir Musa’s group. Zakir, a former close aide of slain Hizb commander Burhan Wani, had recently split vowing to fight for establishment of caliphate in the State. 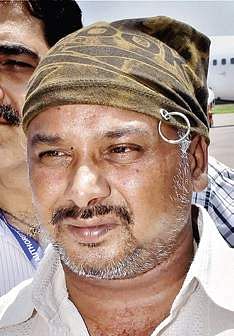 While several top leaders including Home Minister Rajnath Singh, Governor N N Vohra and Army Chief General Bipin Rawat reviewed the security arrangements and situation in the State, the CRPF denied any lapses on its part.

“The attack on Monday was not a security lapse,” Special DG of CRPF SN Srivastava told Express.

“If the bus had travelled in the convoy, the passengers would have been safe. Everybody, including yatris have to be responsible for their safety,” Srivastava said.

Amarnath attack: Militants will be hunted down says BJP

Sources claimed the death toll could have been worse had the bus driver Sheik Saleem Gafoor not been alert. He, the victims claimed, continued to drive the bus to safety despite coming under heavy gunfire. “It was only a few moments later that I realised the horror as I saw my fellow passengers hit by the bullets,” said 55-year-old Abhyankar, a native of Maharashtra and one of the lucky survivors of the attack.

“Had it not been for the driver, the toll would have been more,” she said. “The survivors flew out of Srinagar today at 10.15 am by a special plane of the Indian Air Force and landed in Surat at around 1.30 pm,” agencies reported.

“He (Saleem) braved the bullets and continued to drive the vehicle for more than a kilometer. He stopped the vehicle near Khanabal area,” said a police official. The State Cabinet praised Saleem’s valour and alertness and announced an award of `3 lakh for his bravery. State Governor N N Vohra, who is also chairman of Shri Amarnath Shrine Board (SASB), announced a special reward of `2 lakh for the driver.

The killing of seven pilgrims is the latest bloody statistic in Jammu & Kashmir, which has witnessed a 45% rise in terrorism-related deaths and 164% increase in civilian deaths alone-over the year ending June 30, 2017 according to an IndiaSpend analysis of data from the South Asian Terrorism Portal, run by the Delhi-based Institute for Conflict Management, a non-profit organisation. In the last 18 years, at least 52 pilgrims were killed in five terror attacks. The deadliest was by LeT on August 1, 2000, that left 21 dead in Pahalgam.

Survivors recounted how their driver Saleem had saved their lives by continuing to drive through the hail of bullets.