Firebrand Bharatiya Janata Party leader Mahant Adityanath was one of the early voters from his constituency for the sixth phase of the Assembly elections.

LUCKNOW: Gorakhpur Lok Sabha MP and firebrand Bharatiya Janata Party leader Mahant Adityanath was one of the early voters from his constituency on Saturday as polling began in 49 seats in the sixth and penultimate phase of Uttar Pradesh assembly elections at 7 a.m.

After casting his vote, Adityanath said that there was a wave in favour of the BJP and said that development, nationalism and security for all were major poll planks for his party.

Charging the Akhilesh Yadav government in the state of appeasement politics, Yogi Adityanath reiterated Prime Minister Narendra Modi's accusation of some time back, that the state discriminated in electricity supply on religious grounds.

"It is true that there is round-the-clock power supply during Ramzaan and Eid while there are power cuts on Hold and Diwali," he said. 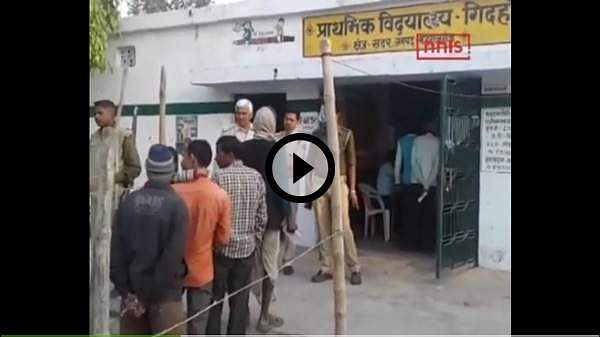 Responding to reporters' queries on what he would say to the Chief Minister's jibe against him that he should touch a wire to check whether electricity was flowing, the BJP leader said that Akhilesh Yadav was capable of anything.

"The man who has humiliated and thrown out his father Mulayam Singh Yadav can certainly do anything," he said.

He also expressed hope that Gorakhpur which logged 52 per cent polling in the 2012 assembly polls would do even better this time.