Hungry baby gets milk on long-distance train, thanks to Twitter-savvy Konkan Railways

Konkan Railways comes to the rescue of this 5-month-old baby on train.

A five-month-old baby travelling in the general compartment of the Tirunelveli-Hapa Express on March 12 with her young parents would have gone hungry on the long journey from Vasai Road in Maharashtra to Tirunelveli, had it not been for Konkan Railway's responsive Twitter handle.

The milk that the parents had come prepared with for the journey got curdled, and they were left helpless as the pantry too had run out. The next main stop Ratnagiri was hours away.

An enterprising co-passenger Neha Bapat then clicked a photograph of the mother and child and sent out an appeal for help on Twitter to friends. Considering the Railways' track record of solving passenger issues instantly when contacted on Twitter, Neha's Twitter contact Anagha Nikam-Makdum tweeted to Konkan Railways asking if they could help the baby on train number 19577.

Konkan Railways was swift to respond, and gathered all the details including the passengers' PNR number, and managed to deliver the milk for the toddler at an intervening station Kolad. 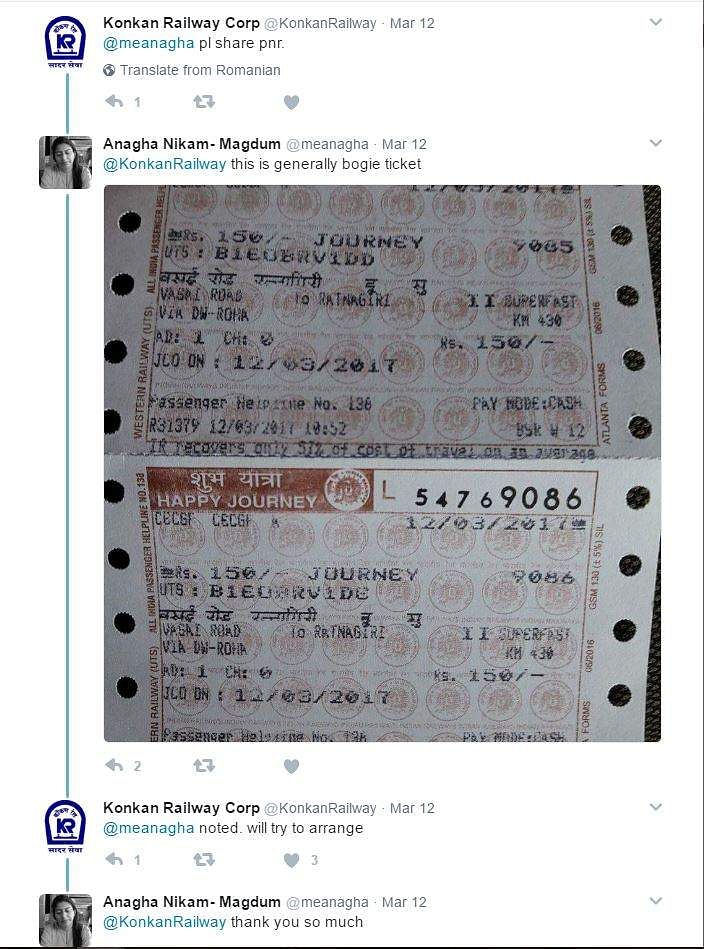 Kartiki is so lucky, she got milk in running Happa express, Thank you @KonkanRailway @sureshpprabhu pic.twitter.com/YC1x1BM77L

Just a month ago, RailYatri.in, a service provider for train passengers, had announced that travellers could order warm milk for their children on the Rail Yatri app. This, however, was an unexpected situation, which was saved by Konkan Railways' responsiveness on Twitter. The baby was fed and all was well with the world again in just a matter of a few Tweets.

Now we are on Telegram too. Follow us for updates
TAGS
baby on train konkan railways suresh prabhu twitter