Will Manoj Sinha be the next Uttar Pradesh chief minister? All eyes on BJP MLAs' meet in Lucknow at 5 pm

LUCKNOW: Newly-elected BJP MLAs in Uttar Pradesh will be meeting here today to elect the leader of the state legislature party. The meeting will be held at 4 PM at Lok Bhawan, state BJP spokesperson Manish Dixit said.

"The new Chief Minister of Uttar Pradesh along with his Cabinet colleagues would take oath on March 19 at 5.00 PM at Kanshiram Smriti Upvan," Governor Ram Naik had said in a statement yesterday. 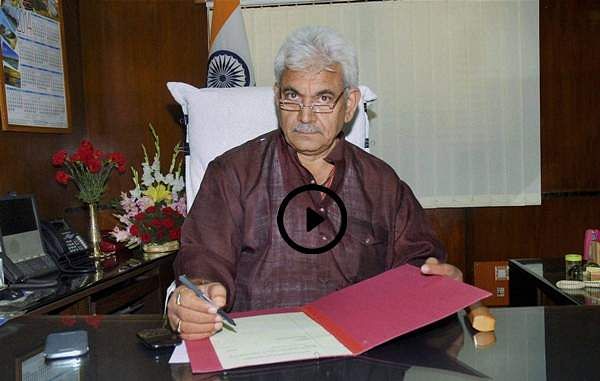 Union Minister Manoj Sinha, Home Minister and former state chief minister Rajnath Singh, Maurya and eight-time MLA from Shahjahanpur Suresh Khanna are being projected as the main contenders for the post by their partymen.

All these leaders in their interactions with the media have played down their chances.

Sinha was in Varanasi yesterday where he offered prayers at Sankatmochan temple.

The BJP is forming government in the politically crucial state after a gap of 15 years.

In the recently-concluded Uttar Pradesh assembly elections, the party secured 312 seats in a 403-member house, while its allies Apna Dal (Soneylal) and Suheldev Bhartiya Samaj Party got nine and four seats respectively.

Samajwadi Party bagged 47 seats, while its ally the Congress stooped to its lowest tally with seven seats.

Mayawati-led Bahujan Samaj Party could manage to get only 19 seats in the Uttar Pradesh Legislative Assembly.

With the BJP leadership often springing a surprise with its choice of state leaders like Manohar Lal Khattar in Haryana, Vijay Rupani in Gujarat and now Trivendra Singh Rawat in Uttarakhand, sources have said that a relatively lesser known leader cannot be ruled out.

The central observers will most likely inform the MLAs about the BJP top brass' choice which will be subsequently endorsed at the meeting today.

The BJP top brass has taken its time to decide on the UP Chief Minister after results were declared on March 11.

The sources said the party is extra cautious as it is returning to power in Uttar Pradesh after a 15-year hiatus.

Moreover, in view of Lok Sabha election in 2019, BJP cannot afford to take any wrong decision, said some party insiders when asked about the delay in declaring the CM's name.

After a stupendous win in the Assembly election, the party can ill afford to lower its guard. Uttar Pradesh sends 80 MPs to Lok Sabha and is extremely important in the BJP's scheme of things.

Party insiders said the overwhelming mandate has posed a fresh challenge for the BJP to meet sky-high expectations.

Meanwhile, Naidu said the new chief minister of the state will be elected by the legislators in a meeting later in the day and all reports in this regard are mere media speculation.

He was speaking to newspersons on his arrival at Lucknow airport this morning.

"The news reports about CM contenders and probables is media speculation. The final decision would be taken in the meeting," he said.

Meanwhile, party leaders said that invitation for Sunday's swearing-in ceremony has been sent to all the CMs of BJP-ruled states.

According to the Raj Bhavan, the timing of swearing-in ceremony has been advanced, and it is now likely to be held at 2.15 PM tomorrow.

Stay up to date on all the latest Nation news with The New Indian Express App. Download now
(Get the news that matters from New Indian Express on WhatsApp. Click this link and hit 'Click to Subscribe'. Follow the instructions after that.)
TAGS
BJP chief minister Uttar Pradesh Venkaiah Naidu Union Minister Bhupendra Yadav