The National Flag was finally hoisted on the highest flag pole in the country at the Attari-Wagah border in Punjab, after five days, on Thursday.

CHANDIGARH: The National Flag was finally hoisted on the highest flag pole in the country at the Attari-Wagah border in Punjab, after five days, on Thursday. The flag on the 360-ft high pole had got torn four times in the last 25 days due to high winds and extreme weather conditions.

Talking to New Indian Express, former chairman of Amritsar Improvement Trust (AIT), Suresh Mahajan, said he had written a letter to Prime Minister Narendra Modi demanding a high-level probe by the Central Bureau of Investigation (CBI) into the issue. 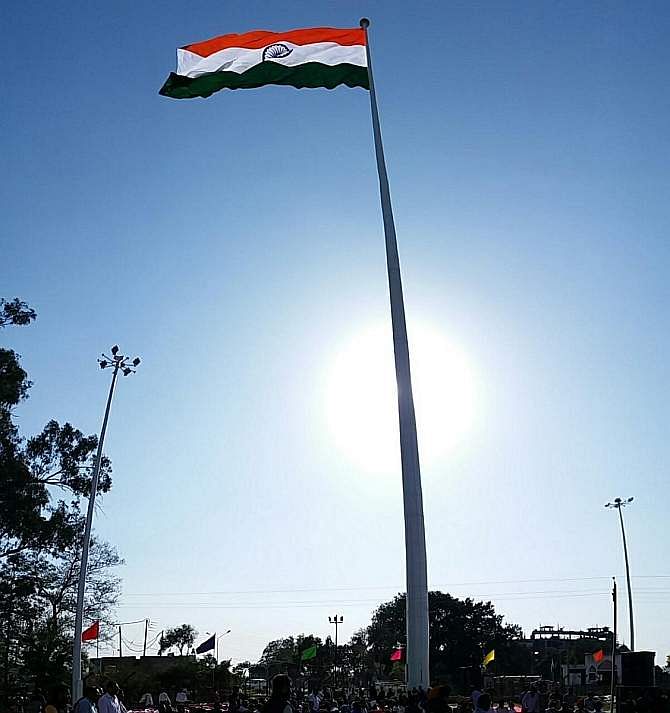 He said that officials who sanctioned the project should have first done a technical feasibility study before hoisting the flag which cost Rs 1.25 lakh and weighs around 100 kg. He alleged that the project was being cleared and executed in a hurry. The flag is made of khadi.

The letter stated that the initial tender called by AIT wanted an 85m tall flag pole and the price quoted was Rs 99.97 lakh.

But the tender was rejected and again another tender was invited which sought that the pole be 105m high and mentioned the price as Rs 3.43 crore. This was cleared by the trust. Thus the height of the flag pole was 20 feet higher than the original plan and 12 flags were offered at that cost.

On March 5, the flag was hoisted by the then Punjab local bodies minister Anil Joshi on the tallest flag post.