In the video, a passenger is first seen being stopped from entering a coach, then pulled back by a ground staff.

NEW DELHI: Days after ace shuttler PV Sindhu accused IndiGo employees of misbehaviour, the carrier is in the eye of a storm again after a video of a passenger being thrashed by its ground staff at the Delhi airport went viral on social media.

The 81-second video shows a man in his fifties being stopped by IndiGo staffers from boarding the airline bus from the tarmac to the airport terminal. The passenger, Rajiv Katiyal, is pushed to the ground and two airline employees are seen throttling him. The assault follows a heated exchange between the two sides. However, the context of the argument is not clear from the clip. The airline staff are seen smiling during the episode. 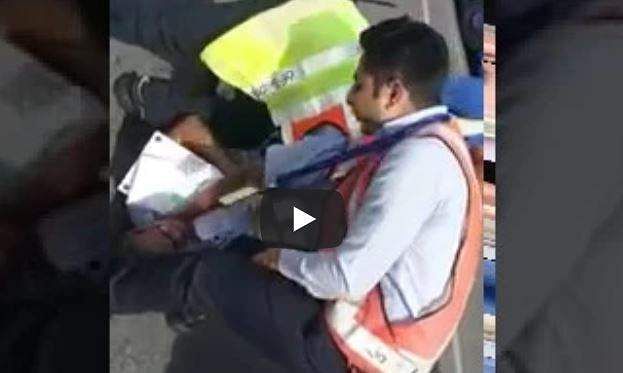 The passenger had debarked from IndiGo Airlines flight 6E 487 from Chennai that had landed at the Delhi airport on October 15.

While the two latest complaints of passenger ill-treatment are specific to IndiGo, several such incidents have come to light since the government notified the new no-fly rules. This portends a dangerous situation between airline crew and flyers.

After the video clip became viral, IndiGo issued an apology and said it had sacked the main culprit. IndiGo President Aditya Ghosh issued a statement saying he personally spoke to the passenger and apologised about the “unpleasant experience” he went through.

“My personal apology as this does not reflect our culture and what we stand for. At IndiGo, dignity of our passengers and staff is of utmost importance. Any act that compromises the dignity of either is of a serious concern to us,” Ghosh said.

Now we are on Telegram too. Follow us for updates
TAGS
Indigo Delhi airport indigo employee passenger assaulted