LUCKNOW: The sordid nine-year-old Aarushi-Hemraj double murder underwent another twist Thursday when the Allahabad High Court acquitted Aarushi's parents -- Dr Rajesh Talwar and Dr Nupur Tawlar -- convicted by the CBI trial court which had awarded them life sentence in the case. The High Court order, however, has brought the more relevant question back to the spotlight as to who killed Aarushi Talwar and domestic help Hemraj on May 15, 2008? 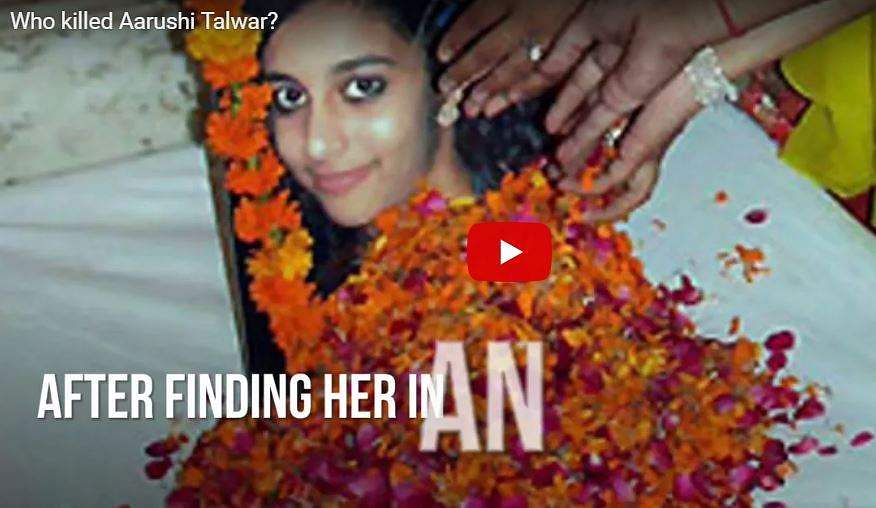 The High Court quashed the CBI court order and set aside the life sentence the couple had been serving in Ghaziabad's Dasna jail since November 2013. Delivering the verdict on Talwars' appeal against
the CBI court order, the division bench comprising justices Bala Krishna Narain and Arvind Kumar Mishra, observed that the benefit of doubt could be given to the couple who could not be convicted on the basis of suspicion and the record of circumstantial evidence which failed to establish the chain of circumstances against them.

Making these observations, the court set aside the judgment of CBI Court, Ghaziabad, dated November 26, 2013. The Talwars were convicted in the double murder case of their 14-year-old daughter Aarushi, and their domestic help Hemraj, 45, by the CBI court. They had moved the High Court on January 21, 2014, challenging their conviction and subsequent life sentence awarded to them by the CBI trial court in Ghaziabad.

The division bench of the High Court directed the authorities concerned to release both the appellants forthwith. However, the CBI in all likelihood may move the Supreme Court against the HC order.

Earlier, the court had reserved its judgment on January 9, 2017, but started the re-hearing in the criminal appeal on August 1, 2017, to clarify certain points. The court had directed the Central Bureau of Investigation (CBI) to come clear on certain contradictions in its probe report filed in the court. The re-hearing in the case concluded on September 7, 2017, and the high court had reserved the order setting October 12 as the date for deliverance of the verdict.

After many twists and turns, the much-hyped double murder case which shook the nation, remains unsolved and may be regarded as a glaring example of botched up investigation by probe agencies who
seemed to have lost track of investigation right from the beginning leaving behind more questions than answers.

With three probe teams all through, over half a dozen arrests, testimony of over 80 witnesses and the High Court hearing the case, the question mark on real killer persists.

Aarushi and Hemraj were murdered on the intervening night of May 15 and 16, 2008. When Aarushi's body was found on May 16, the missing servant, Hemraj, was considered as the main suspect. But the next day, Hemraj's partially decomposed body was discovered on the terrace of the flat.

Initially, the Noida police with a superficial investigation jumped to the conclusion that it was a case of honour killing and implicated Dr Rajesh Talwar as the main killer who found Aarushi with Hemraj and could not endure their closeness and killed both in a fit of rage. The character of the 14-year-old deceased was dissected ruthlessly by the top cops at an infamous press conference then, putting forth the honour killing theory.

After a lot of clamour and outrage over the honour killing theory, the probe was handed over to the CBI. Stories of the Talwars' personal life and relationships were also making the rounds and that was the time when the probe had derailed as the agencies lost track and were working on a number of theories.

Though CBI investigations were being led by one of its most bright officers-joint director Arun Kumar --  he based his inquiry mainly on technical proof, including narco-analysis tests. He claimed that
three men - Talwar's compounder Krishna, and two domestic helps working in the neighbourhood, Rajkumar and Vijay Mandal - were the killers. The three were arrested but released on July 11, 2008, due to lack of evidence.

The case made headlines when it was claimed in September 2009 that Aarushi's vaginal swabs had been allegedly tampered with while the pathology report went missing. The then CBI director Ashwani Kumar set up a new probe team comprising joint director Javed Ahmed and then additional SP AGL Kaul. This team again suspected Talwar's role but failed to back it with evidence.