In Lucknow, Adityanath said the Taj Mahal was Indian in every way as it was built by the blood and sweat of Indian labourers. He also said he would visit the historic monument on October 25.

NEW DELHI/LUCKNOW: Silencing critics on the Taj Mahal issue, Prime Minister Narendra Modi Tuesday came out strongly saying no country can move ahead without pride in heritage. Uttar Pradesh CM Yogi Adityanath joined the chorus by rebuffing BJP MLA Sangeet Som, who had started the fire Sunday when he had said the Taj Mahal was a “blot on Indian culture”. 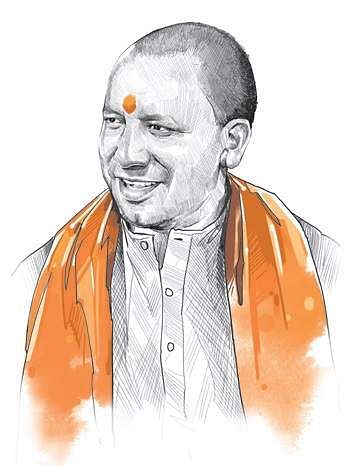 While launching the first All India Institute of Ayurveda in the national capital, the Prime Minister, in an apparent reference to Som said, “Nations cannot develop if they don’t take pride in their history and heritage. If they do, they are sure to lose their identity over a period of time.”

In Lucknow, Adityanath said the Taj Mahal was Indian in every way as it was built by the blood and sweat of Indian labourers. He also said he would visit the historic monument on October 25. The Taj Mahal, built by Mughal emperor Shah Jahan in the 17th century, was missing from a booklet released recently to mark six months of the BJP government in Uttar Pradesh.

“Let’s not go into the details of who built the Taj Mahal and for what purpose. It was built by the sons of our soil who put in their sweat and blood to give shape to the world famous monument,” Adityanath said.
The Taj Mahal, a UNESCO heritage site draws around 60 lakh tourists mostly from abroad, contributes to tourism revenue in a big way. Adityanath will review Rs 370 crore tourism projects meant for the Taj City.

“Taj Mahal is a world class monument. It is one of the most sought-after tourist destinations of the country. It is part of our cultural heritage beyond doubt,” said the CM.
“It is the duty of my government to ensure quality services and facilities to those who visit the Taj every year in lakhs.”

At a rally in Meerut, Som had said, “Many people were worried that the Taj Mahal was removed from the list of historical places in the UP tourism booklet. What history are we talking about? The man who built Taj Mahal imprisoned his father. He wanted to massacre Hindus. If this is history, then it is very unfortunate and we will change this history, I guarantee you.”Som perhaps didn’t know that Shah Jahan, who built the Taj Mahal, was imprisoned by his son Aurangzeb, not the other way round.

Now we are on Telegram too. Follow us for updates
TAGS
Sangeet Som Yogi Adityanath Taj Mahal Taj Mahal row UP Government