NEW DELHI: Solicitor General Ranjit Kumar, the second-highest law officer in the country, stepped down from his post on Friday citing “personal reasons”.

Kumar refused to elaborate why he was quitting the post he has held for over three years. But people close to him suggested that he may have taken the step because he was not able to give time to his family, being mostly snowed under with work. 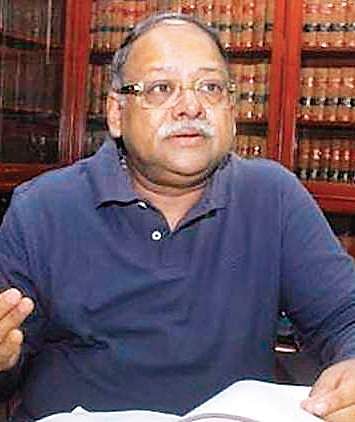 “The government is good to me, but I tendered my resignation due to personal reasons,” Kumar said.
Kumar is the second senior advocate to quit as the government’s law officer after Mukul Rohatgi resigned as Attorney General in June this year. Rohatgi had written to the government saying he was not interested in a second term.

Sources in the law ministry confirmed having received Kumar’s resignation. They said a decision on the resignation would be taken by Law Minister Ravi Shankar Prasad, who is now in the Bahamas for an official event. He is likely to return on October 22.

Sources said Kumar could be appointed as a Supreme Court judge, which has six vacancies at the moment.
Kumar’s name had done the rounds earlier, too, when there was speculation on which lawyers would be elevated to the apex court. Sources, however, said he could have been directly appointed to the Supreme Court, as was the case with Justice N Santosh Hegde.

Reputed to be one of the best constitutional experts in the country, Kumar had succeeded SG Mohan Parasaran in June 2014 after the Modi government took office. His term as solicitor general was renewed recently.

Now we are on Telegram too. Follow us for updates
TAGS
Solicitor General Ranjit Kumar