Kirty Bhushan Mahajan said there were flaws in the Crime Branch probe and the agency had not conducted the investigation in a free and fair manner.

KATHUA: Despite the outrage across the country over the rape and murder of a minor nomad girl, the Kathua Bar Association president is backing the demand of the accused for a CBI probe by raising questions on the Crime Branch probe.

“We support the demand for a CBI probe in the alleged rape of the minor girl,” Kathua Bar Association president Kirty Bhushan Mahajan, told TNIE. He said there were flaws in the Crime Branch probe and the agency had not conducted the investigation in a free and fair manner.

The Crime Branch filed the charge sheet after a 75-day-long probe, but Mahajan said it was “incomplete”.

“We suspect there was a conspiracy in the filing of the charge sheet by the Crime Branch in Kathua court on April 9. It was presented in a haphazard manner. They could have waited for some more days instead of rushing things,” he said. 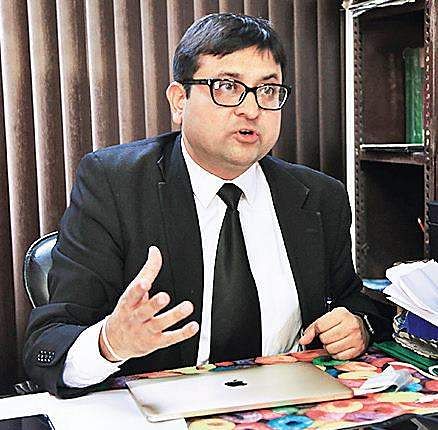 Echoing the stand of the accused, Mahajan said if the CBI probe finds the eight guilty, then they should be awarded exemplary punishment.

The family members of some accused said lawyers in Kathua would be fighting their case free of cost but Mahajan denied it.

Kathua lawyers are under police and Supreme Court lens for assaulting Crime Branch officials on April 9.

Now we are on Telegram too. Follow us for updates
TAGS
Kathua Minor rape