Rahul my boss too, will work with 'like-minded parties' to defeat BJP: Sonia Gandhi

Launching an all-out attack on the BJP and the Modi government, Sonia Gandhi today said she would work with like-minded political parties to ensure its defeat in the next general elections.

NEW DELHI: Former Congress chief Sonia Gandhi made it amply clear to party veterans and the allies that her son Rahul Gandhi was now the boss of the grand old party. “He is now my boss too, let there be no doubt about that, and I know that all of you will work with him with the same dedication, loyalty and enthusiasm as you did with me,” Sonia told Congress MPs a day before the Budget session goes for a month-long break on Friday.

The remark comes days after Sonia had to chair an Opposition meeting to forge a joint front against Prime Minister Narendra Modi as some of the allies such as NCP, Trinamool Congress, Samajwadi Party, BSP and the Left had some reservations in being led by Rahul, junior to their leaders.

ALSO READ: CPI (M) needs to be in an alliance of enemies to defeat the big communal foe, says Sitaram Yechury

Sonia realises the challenge that Rahul may face in rallying opposition forces against the PM. She is also aware that the anxieties of some party veterans, who fear losing their position in the Rahul era, are hard to be resolved despite hints from the young leader that he will try to gain from the wisdom of the old guard while opening the doors of opportunity for the juniors. 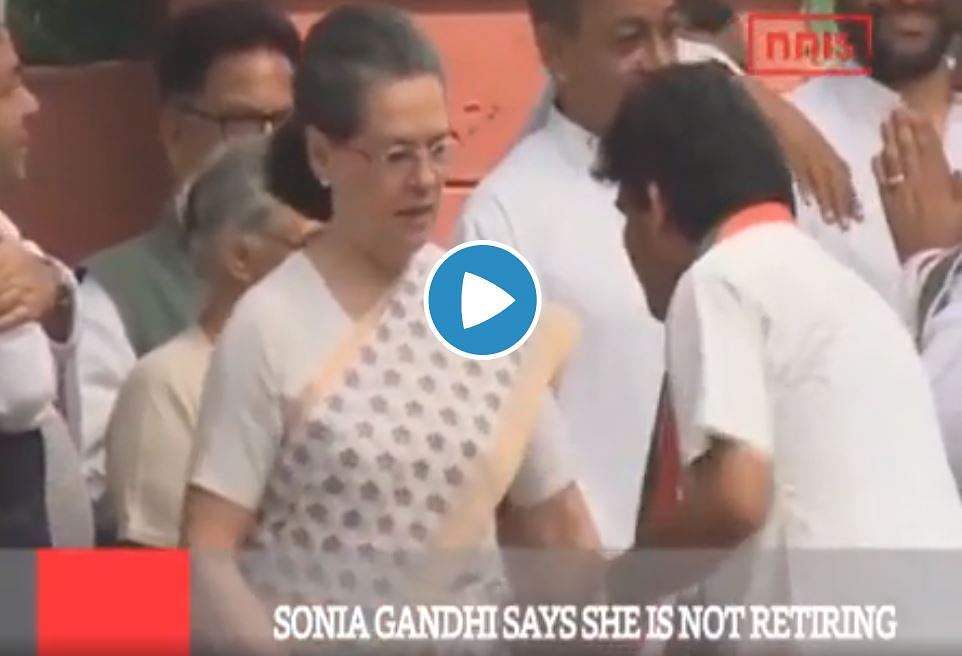 Noting the 2014 Lok Sabha results, when the Congress was wiped out across the country, were a severe setback, Sonia alerted MPs to be prepared for the next national elections saying the BJP may advance them as in 2004. “Increasingly, the people of our country are getting disillusioned with the present regime. It is for us to channel this discontent into support,” she said, adding that the recent Gujarat polls fought under tough circumstances and the by-election victories in Rajasthan showed the winds of change were coming.

Slamming the government for assaulting Parliament, the judiciary, media and civil society, she said investigative agencies had been let loose against political opponents to create atmosphere of fear and intimidation. “The arrogance and dishonesty of this tells us that the Modi government is out of touch with reality, and lives by its own propaganda and lies,” she said.