Gujarat on boil over suicide by Dalit activist Bhanubhai Vanakar

Two days after a Dalit activist committed self immolation in Gujarat, protesters blocked roads and held rallies in several parts of the state on Sunday.

Two days after a Dalit activist committed self immolation in Gujarat, protesters blocked roads and held rallies in several parts of the state on Sunday.

The arrest of Dalit leader and independent MLA Jignesh Mevani in Ahmedabad who later tweeted he was pulled out of a car by police in a “very uncivilised manner”, compounded the anger. The police though claimed the MLA had misbehaved during detention. 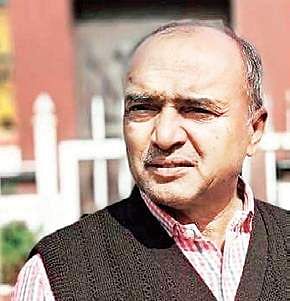 Activist Bhanubhai Vanakar (62) had set himself ablaze outside the Patan Collector’s office in Mehsana district on Friday seeking allotment of land to Dalits in Patan. He succumbed to his injuries the next day at an Ahmedabad hospital.

Justifying Mevani’s arrest, Joint Commissioner of Police (Crime) J K Bhatt said he did not co-operate with the police for maintaining peace. Mevani had urged Dalits to gather at Sarangpur circle in Ahmedabad for protest. The police claimed they had detained around 70 people from Sarangpur and Vadaj areas of Ahmedabad.

While state government agreed to fulfil Vanakar’s demand to allot land to the Dalit family, Mevani had insisted that the government issue a formal circular.

Protesters tried to block roads in Patan, Gandhinagar and in Unjha town of Mehsana district, which is the hometown of Vanakar.

Mevani, who represents Vadgam (SC) seat in Banaskantha district, claimed he was pulled out of his car before detention. His car keys too were damaged, he claimed.

Since Mevani is a sitting MLA, the police intends to send a report to the Assembly Speaker.
After his release later in the day, Mevani went to the Gandhinagar Civil Hospital to meet the family members of Vanakar. The distraught family had earlier refused to accept the body but changed their mind after the state government promised full support. Deputy CM Nitin Patel has already offered to set up a judicial panel or a special investigation team to probe the case.

Activist member of Mewani’s outfit
Bhanubhai Vanakar was a member of the Mewani-led Rashtriya Dalit Adhikar Manch. Last month, he had submitted a letter to the CM claiming he would commit self-immolation if his demands were not met

Had sought land for Dalits in Mehsana district village
Vanakar (pic) had demanded land allotment to Dalits of Dudhka village, in Patan, Mehsana district. Since the govt refused to act, he self-immolated himself on Friday and suffered 96% burn injuries. Doctors declared him dead on Saturday