Environmentalist Dhrubajyoti Ghosh, who fought his entire life to conserve the eastern Kolkata wetlands, died at the age of 70.

Environmentalist Dhrubajyoti Ghosh, who fought his entire life to conserve the eastern Kolkata wetlands, died at the age of 70. The city lost a green activist who stood for conservation of 202 fishing lakes in the wetlands. These water bodies yield over 10,500 tonne of fish and 150 tonne of farm output every year, supporting over 20,000 families. 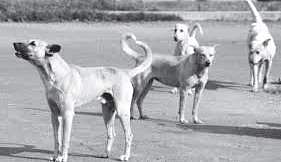 Despite being protected under the Ramsar Convention since 2002 and designated as a wetland of international importance, illegal real estate activities have reduced substantial area of the wetland.  Ghosh had long tried but failed to convince the successive state governments to formulate a long-term plan for protection of the wetlands.

Donald Trump Jr met customers of the Kolkata Trump Tower and real estate magnates over a gala dinner at a five-star hotel in the eastern metropolis. Later, he visited the site where a 39-floor property worth J600 crore will come up near Science City off the Eastern Metropolitan Bypass. The US president’s son landed in a Boeing 757 private jet at the Dumdum airport and was driven to the hotel in a bullet-proof SUV under thick security cover. The United States Consulate termed Donald Trump Jr’s tour as a ‘private visit’. Beside Kolkata, Trump Towers will come up at Mumbai, Pune and Gurugram. Realtors feel the Trump Towers will give a boost to the realty sector in the city.

Amartya documentary to be released in multiplexes

‘Argumentative Indian’, a one-hour-long documentary on economist Amartya Sen, on March 9 will become the first documentary to be released in multiplexes of Kolkata. The documentary had courted controversy after the Central Board of Film Certification (CBFC) asked for nine cuts and beeps on words such as ‘Gujarat’, ‘cow’ and ‘Hindutva’ — suggestions which were duly accepted by director Suman Ghosh. The release of the documentary on the big screen in the multiplexes has given a ray of hope to documentary makers, who complain that space for art films and documentaries are gradually shrinking in the city.

West Bengal Animal Lovers Association has initiated an online petition for protection of stray animals, mooting stringent punishment for animal abusers. The drive that has been supported by other animal lover groups is slowly moving towards its aim to garner support of 2 lakh netizens of the city. There are an estimated 80,000 stray dogs on the streets of Kolkata and the numbers are increasing due to sluggish sterilisation drive. Increasing man-animal conflict on the streets have often led to cases of cruelty against the canines.

Stay up to date on all the latest Nation news with The New Indian Express App. Download now
TAGS
KolkataKolkata diary