Media reports state that the body was of an audio engineer who suffered 100 per cent burns.

The body of a 20-year-old man was recovered today from the rubble at the Cine Vista film studio, where a massive fire broke out last evening, the police said.

The fire at the studio in suburban Kanjurmarg broke out around 8 pm yesterday. By 10 pm, it was brought under control.

Verma was reported to be missing by his family members after the fire broke out at the studio, where the shooting for two TV serials was on at the time of the incident.

According to sources, well-known Hindi TV serials Bepanah and Haasil were being shot at the studio when the fire broke out. All the artists and crew members were evacuated and no causalities were reported.

“We received a call at 8.25 pm. By the time fire engines reached the spot in around 15 minutes, the fire had spread over a ground plus one building, and had covered almost 3,000 sq ft. Almost 150 people had been evacuated,” said deputy chief fire officer Shyam Kharbade. 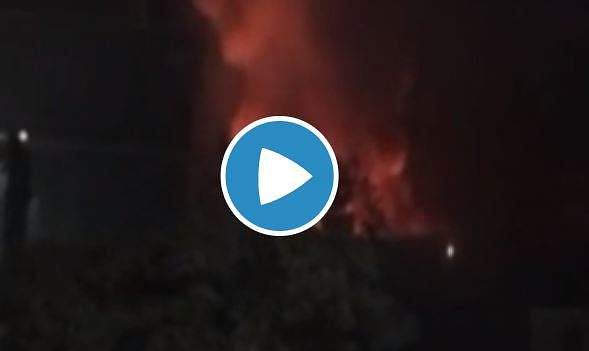 Over 100 TV crew members were evacuated from the studio after the blaze.

The blaze had started from the electric wires in the studio and spread to the other areas, fire brigade officials said.

This was the third major fire incident in the city in the last 10 days.

On January 3, four people, were killed and five injured after a fire broke out in a residential building in Mumbai’s Andheri (East).

On December 31, a fire broke out on the first floor of a three-story building in Mumbai’s Lower Parel area.

On December 28, 14 people were killed and over a dozen injured after a fire broke out in two rooftop pubs in the city’s Kamala Mills compound in Lower Parel locality.