With two more deaths reported this week, the death toll by Swine Flu in the state has risen to 27 this season.

With two more deaths reported this week, the death toll by Swine Flu in the state has risen to 27 this season. The highest number of Swine Flu deaths in the state was reported in 2015 wherein 21 people had died. Sher-I-Kashmir Institute of Medical Sciences is the only testing and treatment centre in the Valley. 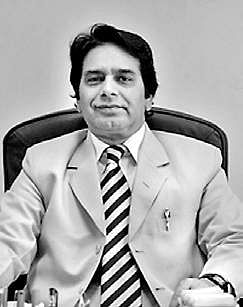 The hospital has so far received 185 H1N1 patients and most of them were discharged after treatment. Doctors Association Kashmir, led by Dr Nisar ul Hassan, has advised doctors not to prescribe antibiotics to patients suffering from flu. “Swine flu is a viral infection and it cannot be contained by taking antibiotics,” Hassan said.

A data compiled by J&K State Pollution Control Board has revealed that the air quality in Kashmir has been consistently deteriorating. It states that Respirable Suspended Particulate Matter (RSPM), PM 10, and Fine Particulate Matter, PM 2.5, are present above the permissible limits in the Valley’s air. As per the data collected from four air monitoring stations at Srinagar, Khunmoh, Khrew and Lasjan areas, the RSPM level has doubled in the past three years.

The use of diesel vehicles and other forms of pollution are cited to be the main cause behind the poor air quality. The civil society members and groups have urged the government to take corrective measures to prevent Valley from going the Delhi-way.

The resident doctors in the Valley’s leading health institution, Sher-I-Kashmir Institute of Medical Sciences (SKIMS), in Srinagar, are on strike against removal of its director by the state government. SKIMS Director G N Ahangar was relieved of his post and shifted to the General Administration Department on January 6 after three senior faculty members of the hospital were caught indulging in private practice, which was revealed by a TV channel. SKIMS doctors are being paid non-practising allowance by government for not doing private practice. Surprisingly, hours after J&K High Court on Thursday ordered stay on removal of Ahangar, the state government appointed Dr Omar Javed Shah as the interim director of the institute.

Srinagar Police recently arrested two persons and recovered demonetised currency of 50 lakhs from their possession. The arrest was made during a surprise naka checking in the outskirts of Srinagar. Accordingly, cognizance was taken under The Specified Bank Notes (Cessation of Liabilities) Act, 2017, against the duo. Further investigation is on, revealed an official.

This was the first time since the ban of old currency notes that demonetised notes were recovered by the police in the Valley. Following the notebandi in November 2016, unlike rest of the country Kashmir did not witness any long queues outside the banks or ATMs.

Fayaz wani
Our correspondent in Jammu and Kashmir
fayazwani123
@gmail.com