After being submerged for some days, roads in Mumbai are now pockmarked with potholes.

Achche din for MNS?
After being submerged for some days, roads in Mumbai are now pockmarked with potholes. While political parties have devised novel ways, such as holding a long jump contest across the potholes or planting lotuses to mark their protests over potholes, Raj Thackeray’s Maharashtra Navanirman Sena (MNS) seems to have taken the lead in such agitations. They vandalized a PWD engineer’s office in Navi Mumbai on Monday and dug up a road near the state secretariat on the same night. The party’s recent agitations over ‘toll tax’ and food prices in multiplexes, too, have paid off very well. For a party that doesn’t appear to have any future in the state’s politics, agitations have become a good way to remain in the limelight. These are ‘achche din’ for our party, is how one of the party office bearers described the situation.

Mumbai gets enough water
Heavy rains over the past fortnight have filled up most of the reservoirs that provide water to Mumbai. Upper Vaitarna, Modak Sagar, Tansa, Middle Vaitarna, Bhatsa, Vihar and Tulshi are the seven reservoirs in neighbouring Thane and Palghar districts that provide water for Mumbai. While Tansa lake started overflowing on Tuesday, Tulshi, Modak Sagar and Vihar had started overflowing on Monday. To ensure enough water supply throughout the year, Mumbai needs 14.47 lakh MLD of water storage in all its tanks by October 1. This year the storage level has crossed 9 lakh MLD in July, which means water woes are not likely to bother the city this year. 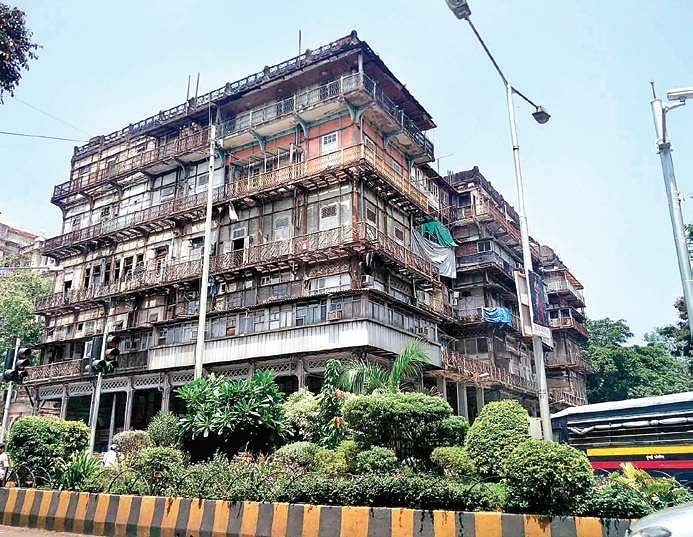 Maintaining the heritage
Just a fortnight after the Fort precinct and Marine Drive area of Mumbai received UNESCO world heritage structure status for their Art Deco and Victorian Gothic structures, a part of a 155-year-old building in the Fort area collapsed on Sunday, highlighting the sorry state of affairs in managing the heritage structures in the city. Moreover, the structure - the Esplanade Mansion - having been declared as a heritage structure, cannot be demolished. While the state housing development authority, which generally repairs old, dilapidated buildings in the city, has said that the funds they have are insufficient for carrying out repairs to the ‘heritage structure’, the tenants of the building are unwilling to vacate the old structure, making the problem worse.

Research in humanities at IIT-B!
Indian Institute of Technology at Powai (IIT-B) is one of the pioneering educational institutes in the country. In a path-breaking move, after being selected as one of the six institutes of eminence in the country, IIT-B is planning to offer various non-conventional subjects to its students. The institute of choice for the toppers in JEE is planning to introduce research in fields such as health, cinema and other subjects from the faculty of humanities. Director Devang Khakhar, who unveiled the future plans of the institution, said that new degree courses in mathematics, biology and Earth Sciences would be started in the coming academic year, and other courses would be started in the coming years.

Our correspondent in Maharashtra