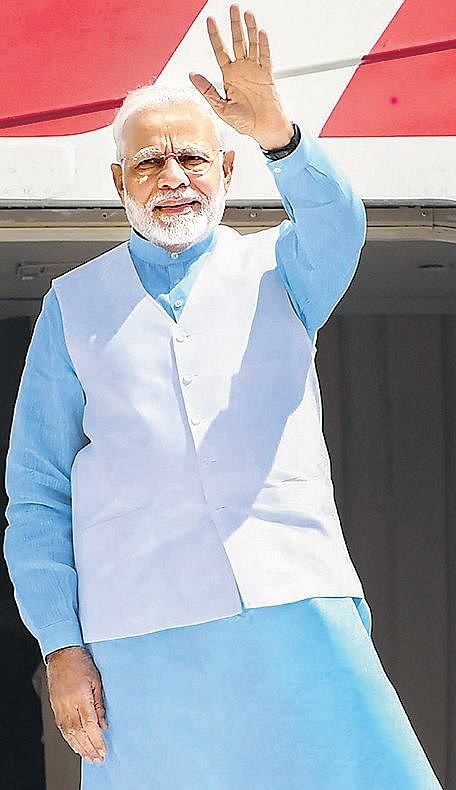 NEW DELHI:  Prime minister Narendra Modi arrived in Kigali, Rwanda, on Monday evening, becoming the first Indian Prime Minister to visit the tiny landlocked central/East African nation.  In another first, Modi will gift 200 locally-sourced cows to buttress Rwandan President Paul Kagame’s Girinka scheme, under which poor families are gifted dairy cows by the government, and the first female calf born of the cow is in turn gifted to a neighbour, thereby not just boosting agricultural production and better nutrition, but also promoting brotherhood and solidarity in the community.

Modi, whose plane arrived hours after Chinese President Xi Jinping left Kigali after a two-day state visit, was greeted on the tarmac by President Kagame and senior officials, and accorded a ceremonial welcome at the airport. He then attended the restricted and delegation-level talks, witnessed the signing of agreements—on dairy cooperation, leather and defence, among other things—and attended a banquet dinner hosted by Kagame. He also attended a reception hosted by India’s High Commissioner to Uganda, Ravi Shankar, who also covers Rwanda and Burundi for the Indian community in Rwanda, estimated at around 3,000.