Pune Police told a court on Thursday that they seized a letter from the residence of one of the five persons they had arrested in connection with the Bhima-Koregaon violence.

PUNE: Pune Police has intercepted an internal communication of Maoists in which it has been revealed that they were planning a 'Rajiv Gandhi-type' assassination of Prime Minister Narendra Modi.

It may be recalled that former prime minister Rajiv Gandhi was assassinated on May 21, 1991 in Sriperumbedur, Tamil Nadu, by a suicide bomber from neighbouring Sri Lanka while on the campaign trail.

Pune Police told a court on Thursday that they seized a letter from the residence of one of the five persons they had arrested in connection with the Bhima-Koregaon violence. 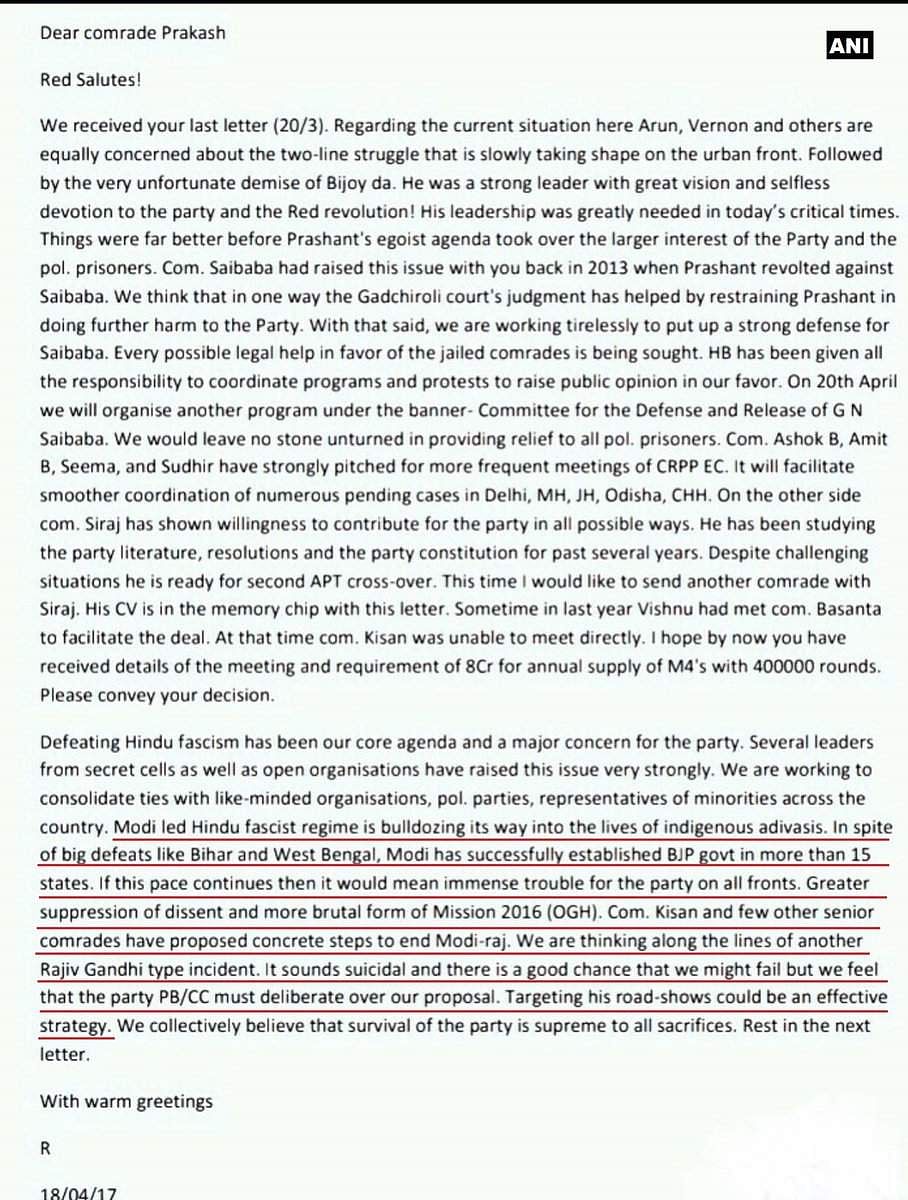 "Modi-led Hindu fascism is bulldozing its way into the lives of indigenous Adivasis. In spite of big defeats like Bihar and West Bengal, Modi has successfully established BJP government in more than 15 states. If this pace continues, then it would mean immense trouble for the party on all fronts. Greater suppression of dissent and more brutal form of Misson 2016 (OGH)," the letter read.

"Com. Kisan and few other senior comrades have proposed concrete steps to end Modi-raj. We are thinking along the lines of another Rajiv Gandhi type incident. It sounds suicidal and there is a good chance that we might fail, but we feel that the party PB/CC must deliberate over our proposal. Targeting his road-shows could be an effective strategy. We collectively believe that survival of the party is supreme to all sacrifices," the letter stated.

Among those arrested include Surendra Gadling, Sudhir Dhawale, Rona Wilson, Shoma Sen and Mahesh Raut. In the letter, it is written that for Moaists "defeating Hindu fascism has been our core agenda and a major concern for the party".

"Several leaders from secret cells as well as open organisations have raised this issue very strongly. We are working to consolidate ties with like-minted organisations, political parties, and representatives of minorities across the country," the letter further added.

In a press conference yesterday, Pune Joint Commissioner of Police (CP) Ravindra Kadam said that during the investigation the police recovered "pen drive, hard disk and some other documents" which were later sent to forensics.