Naik was the President of Goa Pradesh Congress Committee who had resigned from the post recently after party chief Rahul Gandhi appealed for the young minds to take over the reigns. 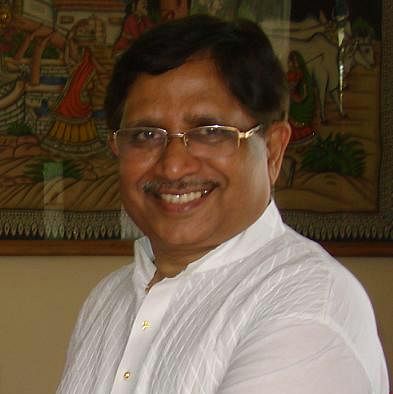 Naik, 72, was taken to a private hospital in Margao town from his residence after he complained of uneasiness where he was declared brought dead, Goa Pradesh Congress Committee General Secretary Altinho Gomes told PTI.

He was declared dead at 7 am today.

"It is a shocking news for us. We have lost a guide in the form of him. He had mentored so many youths and inspired them to join Congress party. It is a big loss for us," said Goa Congress leader Girish Raya Chodankar.

Considered as the party loyalist, Naik was elected as the member of Lok Sabha in the 1984 General Election.

He also pursued the demand for statehood to Goa which was fulfilled in the year 1987.

He was defeated by BJP candidate Vinay Tendulkar during the elections held for Rajya Sabha seat in July 2017.

He is survived by his wife and a son.

Naik was the President of Goa Pradesh Congress Committee who had resigned from the post recently after party chief Rahul Gandhi appealed for the young minds to take over the reigns.

He was then replaced by Chodankar.

Now we are on Telegram too. Follow us for updates
TAGS
congress Goa Congress Shantaram Naik