Some auto-rickshaw drivers got a moment of their life the other day when Assam Chief Minister Sarbananda Sonowal spent time with them as a part of BJP’s ‘Jan Sampark’ (mass contact) programme.

Some auto-rickshaw drivers got a moment of their life the other day when Assam Chief Minister Sarbananda Sonowal spent time with them as a part of BJP’s ‘Jan Sampark’ (mass contact) programme. The unscheduled meeting took place on a busy road. Sonowal’s cavalcade was headed to somewhere when, at one place, he alighted his car for a chat with the auto-rickshaw drivers.  “I am delighted to have interacted with them. Primarily, I wanted to know how the government’s welfare schemes are benefitting people,” the Chief Minister said.

Commissioner becomes a victim of cybercrime

Guwahati Police Commissioner, Hiren Chandra Nath, is active on WhatsApp but he does not have a Facebook account. The IPS officer has become a high-profile victim of cybercrime, which is on the rise. That there is a Facebook account in his name came to the light on Monday, making the police to declare that it is a fake account. The Assam Police spokesperson said a Facebook account in the name of ‘Hiren Chandra Nath’ was created by an unknown person with some photographs of the Commissioner in uniform. Later, a case was registered. Nath told TNIE that he was not using any social media except WhatsApp.

A sex racket was busted in Guwahati by the Crime Branch of the city police. Ashu Singh, who is the owner of Infinity Unisex Spa Saloon, was allegedly running the sex racket. The police arrested him and an employee of the spa. Ten girls, most of them tribals from neighbouring states, were also apprehended. They were let off later. Following a six-month long surveillance, the sleuths of Crime Branch had conducted a raid at the spa. The sleuths had posed as customers. 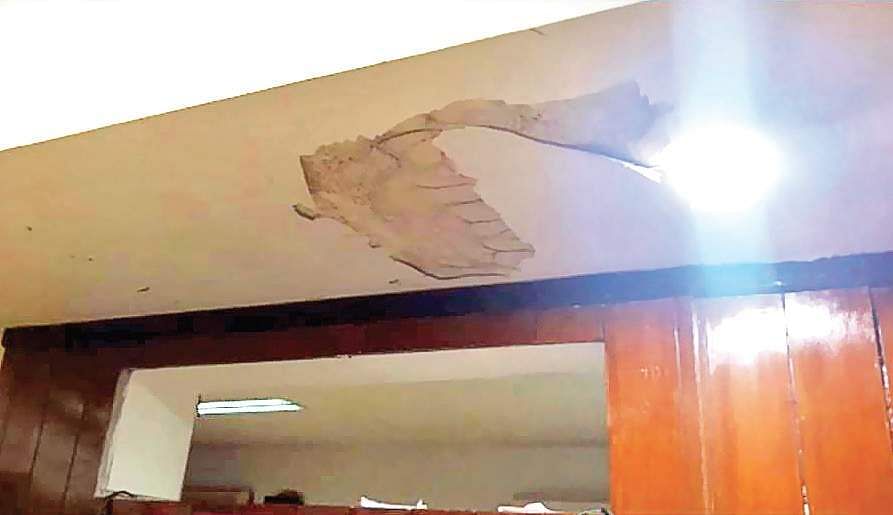 The ceiling of the Assam Assembly building was partially damaged during Monday’s earthquake. A chunk of plaster had fallen off the ceiling. No one was there in the Assembly at the time of the incident. The 4.9-magnitude quake caused severe damage to a school building in northern Assam’s Mangaldoi, leaving two students injured. According to a report of the Regional Seismological Centre at Shillong, the epicentre of the medium intensity earthquake was at a place 22 kilometre from Dhing in Nagaon district.

Over the past few days, Guwahati saw a series of protests, staged by the people from all walks of life against the recent lynching of two young men from the city in central Assam’s Karbi Anglong district. Nilotpal Das, a sound engineer, and Abhijeet Nath, a businessman, were bludgeoned to death by a mob on the suspicion that they were child abductors. The families of the two victims appealed to the BJP government to create awareness against superstitions.

Now we are on Telegram too. Follow us for updates
TAGS
Guwahati  diary