With spells of snow fall in the higher reaches of Uttarakhand, the icy winds coming from the hills have given a relief to the people from the rising mercury in the state capital.

Pleasant weather a relief for students
With spells of snow fall in the higher reaches of Uttarakhand, the icy winds coming from the hills have given a relief to the people from the rising mercury in the state capital. While the night temperature has fallen from 17 to 14 degree Celsius, there has been a considerable relief from the scorching sun. Moreover, with the sudden drop in night temperature, the temperature difference has become more than double. It has come as a relief to the school goers who otherwise had to brave the sun in the exam session during this part of the year.

Big event in March
After the big ticket event UP Investors’ summit last month, Lucknow is gearing up to host another huge event. Over 15,000 women sarpanch (village head) from across the country will arrive for the national convention of women village heads on March 8. The aim is to get the women involved in leading role in the programmes to promote cleanliness and better waste management in a more effective manner. Ways and means to create jobs at village level through skill development will be discussed threadbare, and so will be tips for a life towards self-reliance to the participants. 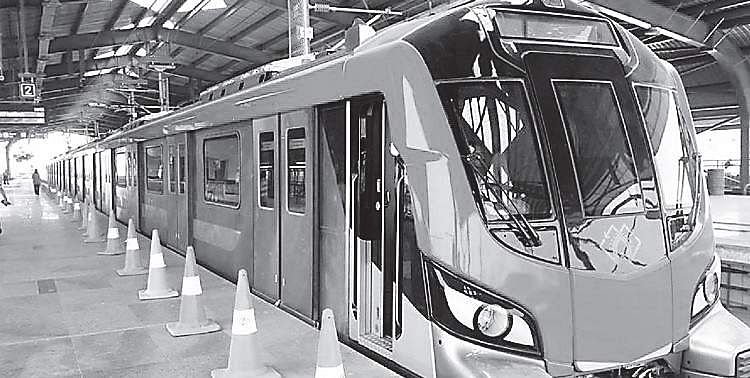 Metro work on right track
With the expanding Metro network in the city, another station near the Amausi airport is now almost ready as finishing touches are being given. Simultaneously, three more stations are in advance stages of construction nearing completion.  If all goes as per the plans, the major nerve centres of the city will be connected with the Metro line by March, 2019 giving a big relief to the commuters in the form of better connectivity and no congestion due to dug up roads.

Some recognition for cops
The police hardly celebrate festivals with family as the call of duty is compelling for them. In the process, they ensure harmonious revelries for others. Acknowledging their nerve-racking schedules and recognising their sacrifices for the society, DPG OP Singh is thinking ways to compensate the police force in one way or the other. He has just introduced a campaign to honour the lady cops at thana-level by awarding ‘constable of the month’. For February, 18 constables and an inspector of a local thana in Lucknow were selected and awarded. The recognition has brought motivation and a much-needed break from routine, felt most of the awardees.