As per the SOP, trafficked survivors, their family members and state police will now receive help from the respective state bhawans or offices of the resident commissioners in Delhi. 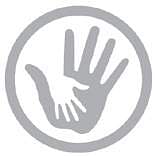 As per the SOP, trafficked survivors, their family members and state police will now receive help from the respective state bhawans or offices of the resident commissioners in Delhi.After a child belonging to a state is rescued in Delhi or NCR region, the State Resident Commissioner concerned would be approached for repatriation of the child to his/her home state.

“Once the child victim of trafficking is rescued and brought at the state bhawan, the bhawan authority would facilitate accommodation for them and their family members in the bhawans,” the guidelines say.The advisory also asks states to appoint a language translator in the bhawan for communicating with the victims and their families.

“Besides, the bhawans should maintain a child-friendly desk and a telephone directory with all helpline numbers related to children,” the NCPCR has said.As per official data, most trafficked children in the NCR who are rescued belong to Jharkhand, Chhattisgarh, West Bengal, Odisha and Assam. “While some state bhawans have been helping these children for years, there are others which don’t, in which case there is no clarity on where these children will go as the child-care institutions are already overflowing,” said G Mohanty, media advisor to NCPCR. “Therefore, we thought it was important to put some guidelines in place.”

Stay up to date on all the latest Nation news with The New Indian Express App. Download now
(Get the news that matters from New Indian Express on WhatsApp. Click this link and hit 'Click to Subscribe'. Follow the instructions after that.)
TAGS
National Commission for Protection of Child Rights NCPCR trafficked children