Incessant chatter over who’s in and who’s out of the Rajya Sabha was the subtext of Parliament on Wednesday, the protests on multiple issues in both houses remained the dominant text.

NEW DELHI: Chatter over who’s in and who’s out of Rajya Sabha
Incessant chatter over who’s in and who’s out of the Rajya Sabha was the subtext of Parliament on Wednesday, the protests on multiple issues in both houses remained the dominant text. The BJP did not leave much to speculation by coming out with the list, and no surprise there, except for FM Arun Jaitley’s shift to Uttar Pradesh from Gujarat. Jaitley joining the Hindi heartland state would make it rather top-heavy. Significantly, the leaders of both houses, PM and FM, will be from UP. Meanwhile, the state’s regional player, Samajwadi Party, seems to have wrestled out of TMC’s design by retaining Jaya Bachchan. Jaya’s gain would be SP veteran Naresh Agarwal’s loss. 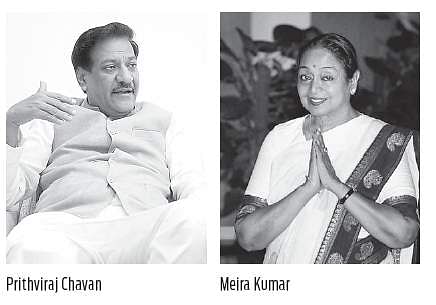 GOP’s RS trapeze
The grand old party has several outgoing veterans and not enough seats in its kitty. A tightrope walk is happening over the three seats from Karnataka. The names that are doing the rounds are: Sam Pitroda, Janardan Dwivedi, Meira Kumar and Roshan Beig. CM Siddaramaiah’s rather keen to pick up a Kanadiga moneybag because that would be ‘beneficial’ before the Assembly polls. Well, Pitroda may not accept the offer and a seat to Kumar may be in line with the recommendations of the Sadashivam Committee report. Except for K S Muniappa, the ‘left’ Dalit community does not have much representation in the Congress. From Maharashtra, former CM Prithviraj Chavan’s name is doing the rounds and Satyabrat Chaturvedi’s from MP.

Naidu’s ultimatum
Andhra Pradesh Chief Minister Chandrababu Naidu used the Congress bogey to pressure Finance Minister Arun Jaitley on the ‘special category status’ issue. But the FM was still not blinking, so Babu came up with a ‘we-are-withdrawing’ from the NDA ultimatum, late at night. Whether the Centre bites the bait or the TDP takes a bite at Sonia Gandhi’s dinner needs to be seen.

Stay up to date on all the latest Nation news with The New Indian Express App. Download now
(Get the news that matters from New Indian Express on WhatsApp. Click this link and hit 'Click to Subscribe'. Follow the instructions after that.)
TAGS
Rajya Sabha AP CM Chandrababu Naidu Parliament